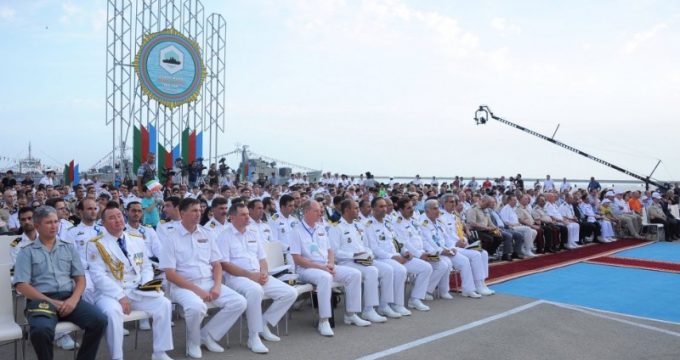 IRNA – Iranian navy forces attended the 2018 International Sea Cup which kicked off on Tuesday night in city of Baku, Azerbaijan.

The event was held with participation of Iran, Russia, Kazakhstan and Azerbaijan.

The competitions have been organized in three phases and in six fields, including shooting at surface targets, aerial and land mines, injuries management, maritime survival and rescue.

Representatives of Pakistan, Turkey, Bulgaria, the US, Saudi Arabia, Bahrain and Vietnam are also participatng as observers.

The 2018 International Sea Cup will be underway for ten days.