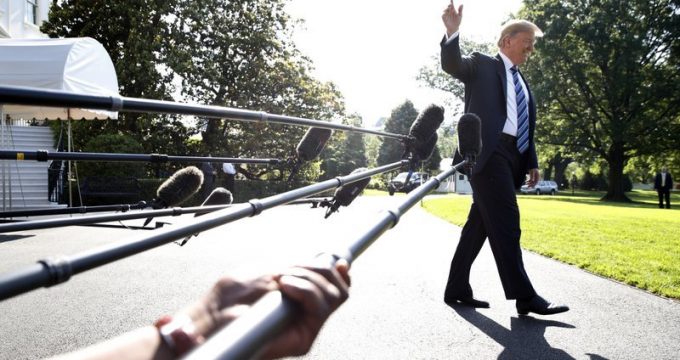 Iran no longer vulnerable to US gasoline sanctions

Press TV – As the United States is preparing to re-impose a series of economic sanctions against Iran, signs show Washington will not be able to exploit what was generally believed to be Iran’s Achilles heel in the previous round of sanctions.

Iran’s gasoline production was below 50 million liters per day (ml/d) before the administration of former US president Barack Obama implemented sanctions against the country at the heart of which was a universal ban on sales of the crucial fuel to the country.

In 2010 when the sanctions were put into force, Iran’s consumption stood at about 60 m//d and the country had to purchase around 10 ml/d from international vendors to satisfy its domestic demand.

While Obama’s sanctions appeared to have hit Iran where it hurt, recent indications show the sanctions devised by President Donald Trump would be toothless as far as gasoline is involved.

Figures released by Iran’s Ministry of Petroleum show the country’s overall gasoline consumption stood at 91 ml/d over the last Persian calendar month of Tir (21 June-July 2018) – the first month of the hot summer season. Figures also showed that Iran’s production capacity had already surpassed 93 million liters per day (ml/d) and would soon increase high enough to not only support domestic demand but also create some space for exports.

Alireza Arman-Moqaddam, the director for corporate planning affairs of the National Iranian Oil Refining and Distribution Company (NIORDC), was quoted by media as saying that Iran’s gasoline production from 21 July 2018 so far had seen a rise of 6.7 percent compared to the whole production of a period of 31 days between 21 June and 21 July 2018.

Arman-Moqaddam said Iran’s gasoline production over last month’s period stood at 87 ml/d, stressing that the figure showed a rise of around 30 percent compared to the same period last year, according to a report by IRIB News.

He added that Iran’s overall gasoline production would reach 95.5 ml/d once the required basic materials – most importantly the Methyl tert-butyl ether (MTBE) – are provided.

What is largely believed to have helped Iran address its gasoline consumption needs is a major production facility – the Persian Gulf Star Refinery – that the country is developing in its south.

The refinery feeds on condensate supplies from South Pars and its total production is expected to increase to as high as 36 million liters per day when the third phase becomes complete before next April.

In late June, Iran’s Petroleum Minister Bijan Zanganeh said the Persian Gulf Star Refinery had made the country immune to US sanctions against its purchases of gasoline.

Zanganeh said Iran was previously vulnerable to pressures over supplies of gasoline, but said Iran’s gasoline supply status had already been stabilized now that production had increased by a collective of 24 million liters per day from the current two phases of Persian Gulf Star Refinery.

Other key projects that are believed to have helped Iran better address its gasoline consumption needs are those that involve overhauling the ageing refineries including Tehran, Isfahan and Abadan.

Iran produces gasoline in 10 major refineries. It has ambitious plans to become self-sufficient in production of the strategic fuel and even become an exporter in the near future.