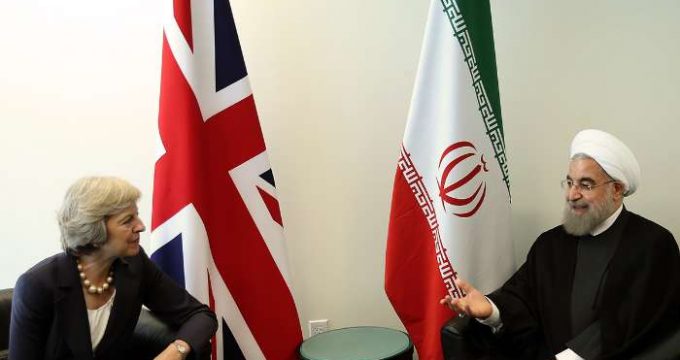 Bourse and Bazaar | Esfandyar Batmanghelidj: The European Union and its member states have been scrambling to to preserve the economic benefits of the Joint Comprehensive Plan of Action (JCPOA) for Iran following President Trump’s withdrawal from the agreement on May 8. In the last month, the European Commission has moved to add Iran to the investment mandate of the European Investment Bank (EIB), the EU’s long-term lending institution (even in the face of significant resistance from EIB’s management). Similarly, the European Commission’s Directorate-General for International Cooperation and Development (DEVCO) has set-aside a pool of funding to support projects in Iran. The European External Action Service is also coordinating discussions around central bank payment channels and the European Commission’s revival of the blocking regulation, which prohibits European compliance with extraterritorial sanctions.

As a core party to the JCPOA, the UK government has a strong interest in seeing these European efforts succeed. However, in March of 2019, at the end of the Brexit process, the UK will likely leave the EU, meaning that it will end its participation as stakeholder in European institutions, including EIB, as well as European legal frameworks, such as the blocking regulation.

While the Bank of England is exploring the creation of payment channels with the Central Bank of Iran, the UK government has shown little real initiative to match European efforts to sustain economic engagement with Iran. In recent weeks, Iranian authorities have indicated that they believe bilateral efforts will prove the most successful in delivering solutions to protect trade and investment in the face of US secondary sanctions. Countries like France, Germany, Austria, Italy and Sweden have been exploring whether it may be possible to use state investment vehicles and financial institutions to facilitate investments to Iran. The UK has not, pointing to the EIB’s expanded mandate. But given that EIB is unlikely to finance projects in Iran, and given that the UK is set to exit the EU anyway, the UK government can no longer lean on European efforts in devising an economic package for Iran.

To demonstrate its commitment to the JCPOA, the UK should parallelize its Iran policy with that of EU member states and seek its own mechanisms through which to support access to financing in Iran’s economy—both because of the clear national security implications of maintaining the the nuclear deal, but also to take advantage of economic opportunities in a major emerging market, particularly one in which UK companies can continue to make inroads from a low base of activity.

The reimposition of US sanctions means that the UK government cannot reasonably rely on British private sector financiers to engage in project finance in Iran. Just as European governments are exploring state-owned entities through which to provide financing, so will the UK financing entity need to be state owned. Helpfully, such an institution exists.

CDC Group is the overseas investment arm of the UK government. The group is a state-owned development bank overseen by the Department for International Development. It currently overseas an investment portfolio of around GBP 5 billion and primarily funds projects in Africa and South Asia, with a strong focus in countries where were formerly part of the British Empire and now part of the Commonwealth.

CDC has a wide portfolio of investments in infrastructure, health, manufacturing, food and agriculture, and construction. The investment philosophy is focused on “sectors where growth leads to jobs” and the institutions “decision-making process ranks sectors based on their likelihood of creating jobs.” Investments take the form of both equity and debt financing.

On the basis of its focus on emerging markets and its investment philosophy focused on job creation, there is justification for the UK government to extend the investment mandate of CDC Group to include projects in Iran. Such a move would parallel the EU’s attempted move in regards to EIB and the still planned funding via DEVCO, as well as the various efforts at the member-state level.

If CDC’s investment mandate is extended to Iran, the challenge will be to ensure that the relevant capital can be deployed in Iran. For this purpose, the UK government should seek to use the UK-regulated branches of Iranian financial institutions. These institutions will be able to maintain correspondent banking relationships with their Iranian parent banks in the face of US sanctions. If the UK government can institute additional due diligence protocols around the transfer of funds via this channel, it should be possible to deploy capital in Iran without the need to rely on the UK’s tier one banks.

Importantly, in order to encourage the UK to make such a move, the Iranian government must be prepared to offer a privileged pipeline of investment opportunities to CDC Group, particularly with regard to public-private partnership projects in Iran that would include the participation of UK multinationals or SMEs. For example, CDC Group financing could help support the strong inroads made by UK solar energy developers in the Iranian market. Furthermore, the Iranian government should explore export credit or sovereign guarantee arrangements that would project CDC Group’s investments in order to lower the assessed risk behind a given project in Iran.

The Iranian government should actively seek a UK commitment to facilitate development financing in Iran. Politically, such a move would be consistent with the ambitions of “Brexit Britain” as the UK will need to replace its reliance on EU institutions in regards to engaging global growth through proactive investments. As with bilateral relations with other European countries, an expansion in economic engagement could reduce pressure on political relations. The UK will no doubt expect to see progress on its consular cases as part of trust-building and the deepening of ties with Iran.

Beyond challenges of structuring, the continued political uncertainty in the UK, including the recent change in foreign minister, will make such plans complicated to execute. But Iran can leverage its relationships with key stakeholders within the Foreign and Commonwealth Office as well as in the House of Parliament and House of Lords in order to seek a structured dialogue on this matter. Whether through CDC Group or another special purpose vehicle, Brexit Britain should be pushed to at least match EU proposals to support trade and investment in Iran, and thereby to safeguard the nuclear deal.