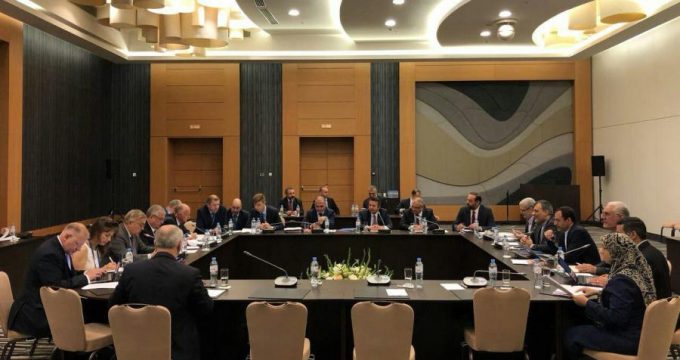 IRNA – The 10th round of Syrian peace talks, known as Astana format, began its second day on Tuesday with a quadrilateral meeting between Iran, Turkey, Russia and the UN envoys for Syria.

At the meeting, de Mistura represented an unofficial document on Syria’s constitutional committee. The instruction on the procedure of selecting the committees members representing Syrian government, opposition groups and the civil society of the country was discussed by the three envoys.

The tenth round of Syrian peace talks, initiated in Astana in 2016, is under way in the Russian Black Sea resort of Sochi.

The two-day talks began on Monday with some bilateral and experts meetings.

Formation of a Syrian constitutional committee, the de-escalation zones established in Syria, and humanitarian issues, among others, are topics of the July 30-31 talks.

The opposition and Syrian government envoys will also meet today. The meeting is expected to be followed by the general meeting of the latest round of talks.