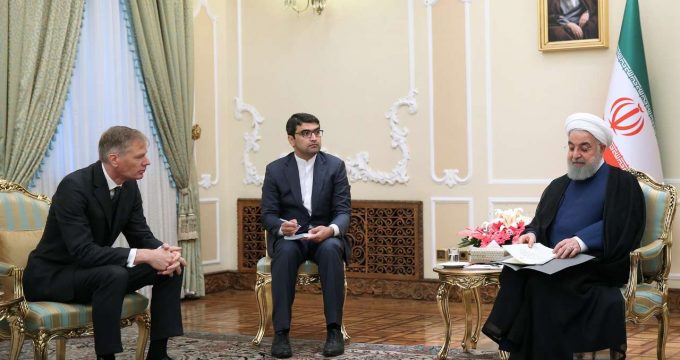 Reuters – Iranian President Hassan Rouhani said on Tuesday the U.S. withdrawal from a nuclear deal was “illegal” and it was up to Europe to preserve the landmark accord with Tehran.

In May, the United States pulled out of the 2015 deal between world powers and Tehran under which international sanctions were lifted in return for curbs on its nuclear program.

U.S. President Donald Trump said on Monday he would be willing to meet Iran’s leader without preconditions to discuss how to improve ties.

Iran and other signatories, especially European powers, have been working to find a way to salvage the nuclear agreement despite the withdrawal of the United States.

“After the U.S. illegal withdrawal from the nuclear deal, the ball is in Europe’s court now,” Rouhani was quoted as saying by his official website in a meeting with British Ambassador to Tehran Rob Macaire.

“The Islamic Republic has never sought tension in the region and does not want any trouble in global waterways, but it will not easily give up on its rights to export oil,” Rouhani said.

Rouhani and some senior military commanders have threatened to disrupt oil shipments from Gulf countries through the Strait of Hormuz if Washington tries to strangle Tehran’s oil exports.