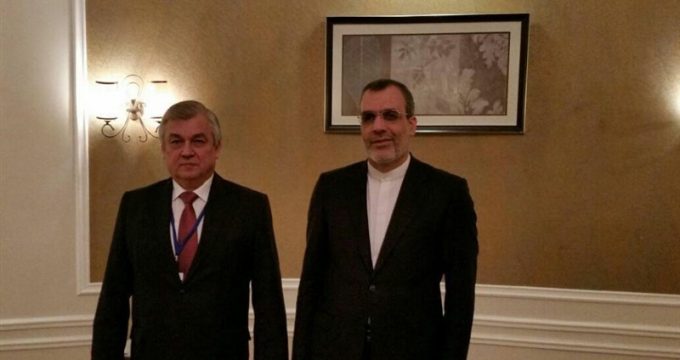 During the meeting, Jaberi Ansari and Lavrentiev discussed the latest developments in Syria, the constitutional committee, return of Syrian refugees to their homeland, prisoners swap, and the final draft statement of 10th International Conference on Syrian Peace underway in Sochi