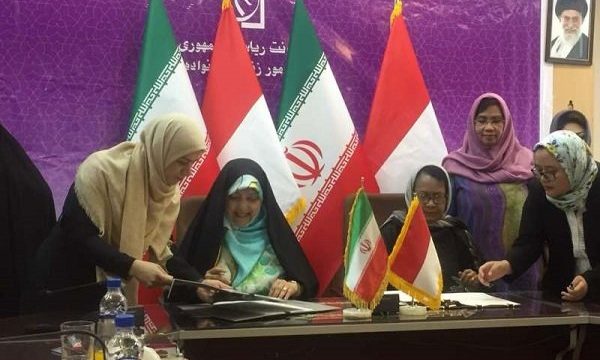 IRNA – In the talks with Indonesian minister of female empowerment in Tehran, she was asked to help release two Iranian women imprisoned in Indonesia, said Iran’s Vice President for Women and Family Affairs.

‘Negotiations have been conducted regarding the two women,’ said Masoumeh Ebtekar, according to the website of the Vice Presidency.

Ebtekar and Indonesia’s Minister of Female Empowerment and Child Protection Yohana Susana Yembise signed an agreement in Tehran on Monday in order to expand ties in empowerment of women, support for children, and family tolerance based on mutual respect and interest.

The agreement will be implemented for two years and can be renewed for the same duration.