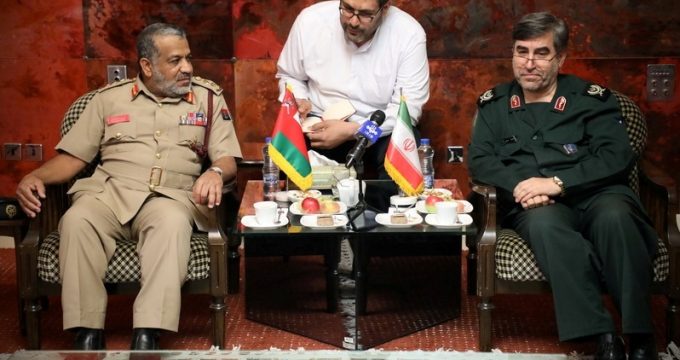 The Islamic Revolution Guards Corps (IRGC) is keen to develop cooperation with Oman armed forces, IRGC Deputy Chief for Medical and Rescue Affairs Ahmad Abdollahi said in a meeting with a military delegation from Iran and Oman.

The commander said that Iran is ready to transfer experience with Omani armed forces in the medical and health sphere.

He desribed the Zionist regime as the Muslims’ common enemy and urged unity among them against this occupying regime.

During the meeting, Ali bin Salem al-Harethi, head of the Omani armed forces’ delegation welcomed cooperation with the IRGC in medical field.

He said that Oman’s armed forces are interested in using the experience of Iranian armed forces in medial and health fields.