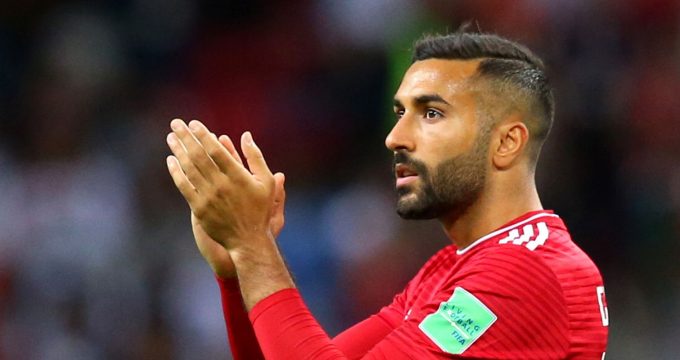 ITY Watch – Manchester City’s strategy of signing relatively unknown players for small fees with the aim of profiting in some way could continue after it was revealed that a club scout watched Iran winger Saman Ghoddos at the weekend.

Ghoddos plays for Östersunds FK in the Allsvenskan, Sweden’s top flight, and featured for 90 minutes against Elfsborg before the watchful eyes of a City representative.

The 24-year-old, who can play in several attacking roles, has scored 8 goals in 14 appearances for his club this season, and was also at the World Cup with Iran, appearing as a substitute against Morocco, Spain and Portugal.

He is considered too good for Swedish football now and according to Expressen is almost certain to leave soon. He has already turned down interest from China because he wants the best sporting project for himself, preferring a stay in Europe.

French trio Bordeaux, Amiens and Rennes are keen on him and so, it seems, are Manchester City, who would undoubtedly sign him then send him on loan somewhere – perhaps to a sister club such as NAC Breda.