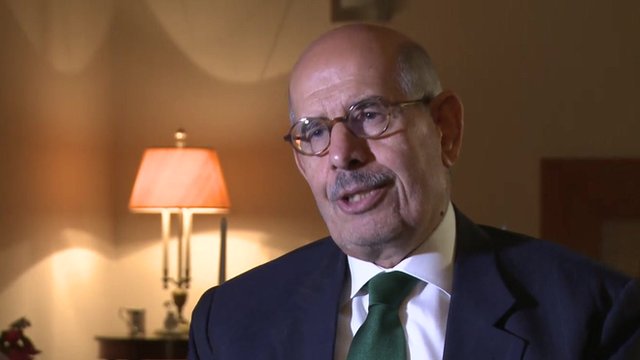 Ex-IAEA chief blasts US for carrot & stick policy towards Iran

FNA – Former Director-General of the Atomic Energy Organization of Iran (IAEA) Mohammed ElBaradei cautioned US President Donald Trump to avoid exercising his Korea policy on Iran, reiterating that Iran would never sit to the negotiating table under threats.

“You cannot renege on a (2015 nuclear) deal considered by all as a keystone, threaten the country, humiliate its leaders and then impulsively call for talks,” ElBaradei wrote on his twitter page on Tuesday.

“Agreements are based on trust, mutual accommodation and respect, not intimidation and threats,” he underlined.

The former UN nuclear watchdog chief also said that the approach Washington used in talks with North Korea is not a good model for negotiations with Iran.

His remarks came after Trump said on Monday that he would “certainly meet” Iranian president Hassan Rouhani without preconditions, a move that was later rejected by Trump’s own administration and one of Rouhani’s advisers.

Speaking during a joint news conference with Italy’s prime minister, Giuseppe Conte, Trump said he would meet Iran “anytime they want to”. “I’ll meet with anybody,” he said. “There’s nothing wrong with meeting.”

After the comment, US Secretary of State Mike Pompeo appeared to contradict Trump, listing preconditions that had to be met first.

He told CNBC on Monday that “if the Iranians demonstrate a commitment to make fundamental changes in how they treat their own people, reduce their malign behavior, can agree that it’s worthwhile to enter in a nuclear agreement that actually prevents proliferation, then the president said he’s prepared to sit down and have a conversation with him”.

Also, Garrett Marquis, a spokesman for the president’s National Security Council, later said in a statement the US would not lift any sanctions or re-establish diplomatic and commercial relations until “there are tangible, demonstrated, and sustained shifts in Tehran’s policies”.

“Until then,” he said, “the sting of sanctions will only grow more painful if the regime does not change course.”

Hamid Aboutalebi, one of Rouhani’s advisers, set his own conditions for any meeting with Trump, saying “respect for the great nation of Iran”, returning to the nuclear deal and a reduction in hostilities were needed first.

On July 8, the Iranian parliament’s research center readied a comprehensive plan that includes a detailed list of policies and moves to fight off sanctions as Washington sped up attempts to rally international support for intensified pressures on Tehran.