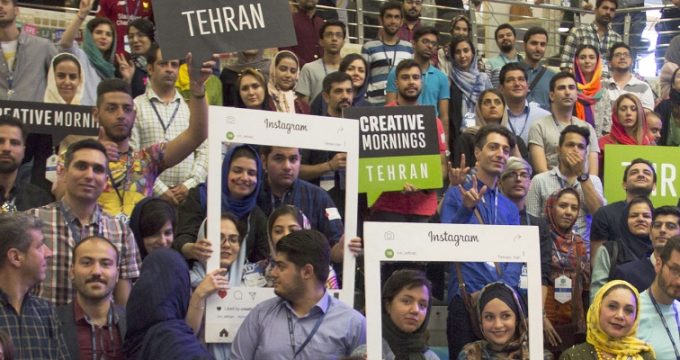 Recently, the Iranian government has also expressed greater interest in bringing smart cities technologies to the country. Spearheaded by the Ministry of Information and Communication Technology and the Ministry of Roads and Urban Development, the Iranian government is promoting the adoption of smart city technologies and holding various events and conferences to increase awareness among government stakeholders and the business community. Iranian authorities are drawing inspiration from successful cities including Berlin and Seoul in order to adapt proven approaches to suit the Iranian cities.

With almost 120 percent internet penetration rate in Tehran, 110 percent in Mazandaran, 100 percent in Qom, 96 percent in Isfahan, and 95 percent in Khuzestan provinces, Iran already has the essential infrastructure to become “smart.” At a consumer level, Iran has 40 million smartphone users of which 28 million are mobile internet subscribers. Iran’s consumer technology and communications companies are at the forefront of smart city innovation.

Another active company in the field is Iranian firm Nobka, which seeks to accelerate the adoption of smart city technologies in the country. One of Nobka’s projects is production of smart portable hospitals, using converted buses and shipping containers, which can support emergency responses to nature disasters. These portable hospitals use smart lighting and ventilation systems and telemedicine software to help the injured in an emergency.

Iran’s capital, Tehran, which is approaching “megacity” status, is the primary target for smart city transformation as the government seeks to address heavy traffic jams, extreme air pollution, high energy consumption, among other challenges. The municipality of Tehran, has been actively promoting the topic, in part by supporting startups which are active in the field.

Following the withdrawal of the US from the Joint Comprehensive Plan of Action (JCPOA), the European governments have sought to support the Iran deal and sustain economic ties between the European and Iranian companies further. Cooperation around smart cities could be an ideal area of focus.

European companies and institutions have demonstrated interest in supporting smart city transformations in Iran. Austrian Institute of Technology (AIT) held a workshop in Vienna in June 2017 on “smart city development” for officials from the city of Bushehr, which was selected as a pilot smart city project by the Iranian government. This workshop provided training on topics including the application of ICT for smart cities, urban governance and big data exploration.

While the return of US sanctions poses new challenges for European investment, such educational exchanges should be sustained. European companies and institutions should continue to engage with the Iranian entrepreneurs and urban planners in a non-political environment, demonstrating their goodwill, sharing best-practices, and supporting Iranian dreams of smart cities.