A Look at Iranian Newspaper Front Pages on July 31

Iran Front Page – IFP has taken a look at the front pages of Iranian newspapers on Tuesday, July 31, 2018, and picked headlines from 14 of them. IFP has simply translated the headlines and does not vouch for their accuracy.

The ongoing economic crisis in Iran, particularly the price hikes and unprecedented devaluation of the country’s national currency, remained the top story today. Some papers urged the government to break its silence and immediately take appropriate actions to control the situation, and some like Kayhan called for prosecution and even execution of those who disrupt the country’s economy.

Several papers also covered reports on Iran-US direct talks, especially after US President Donald Trump’s call for talks with his Iranian counterpart without any preconditions. 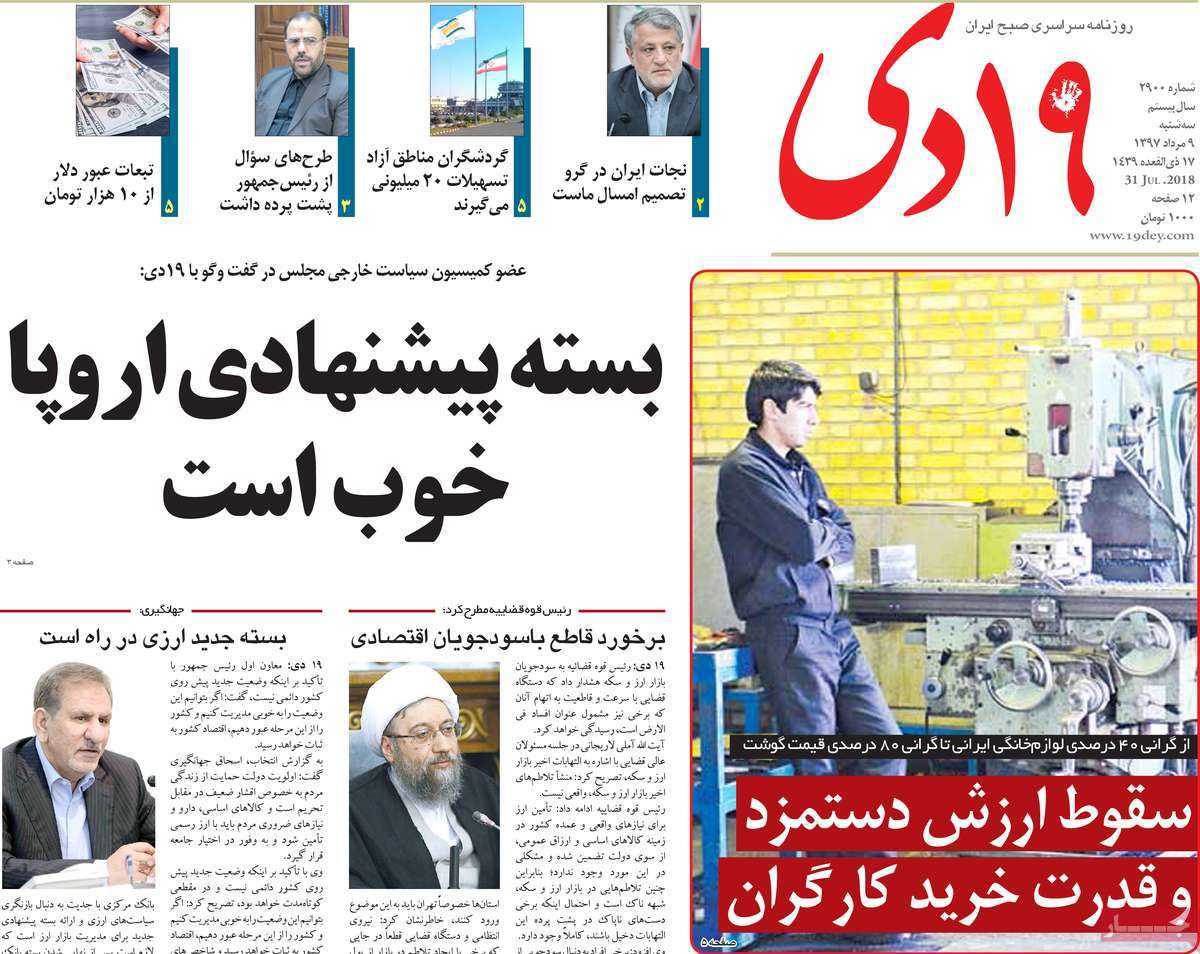 1- Negotiation with US Not Possible: Iran 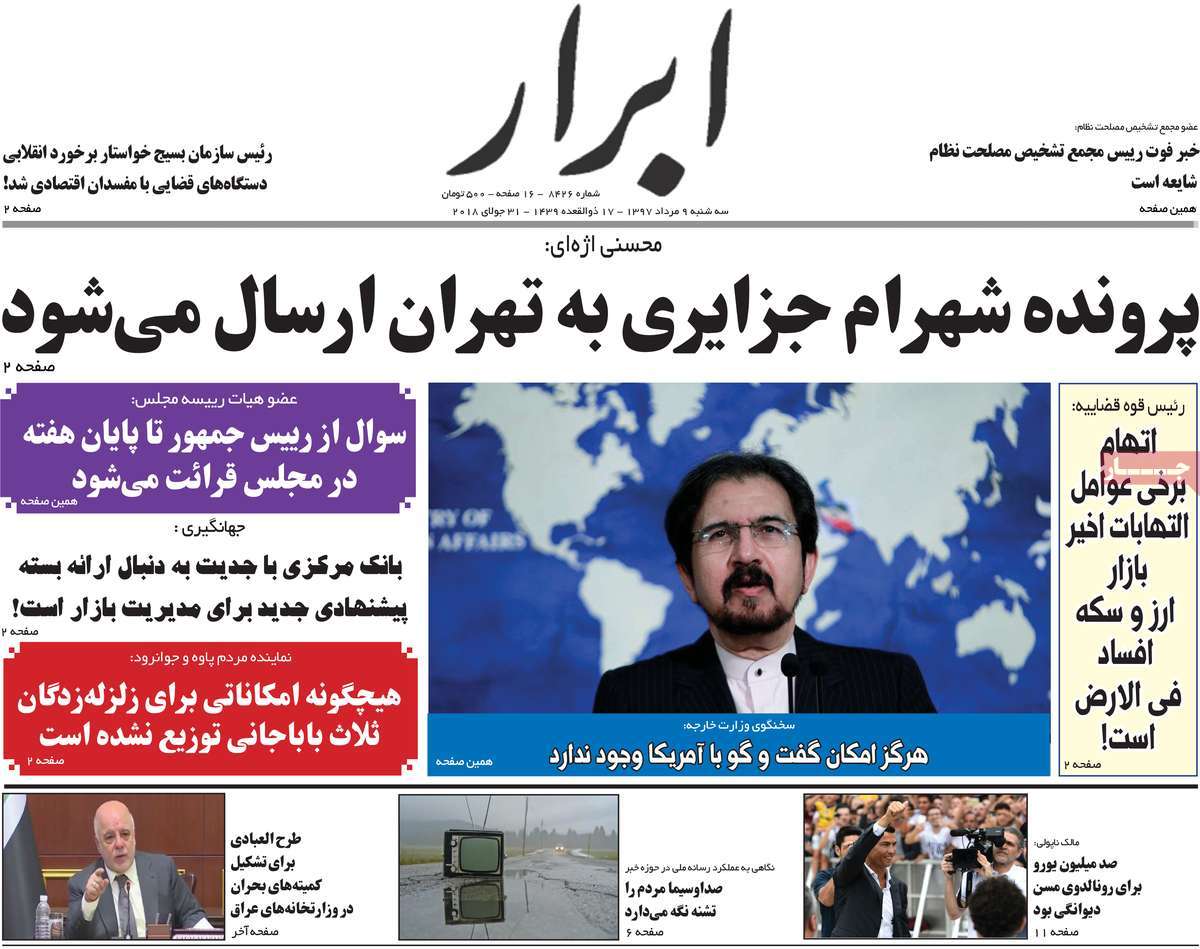 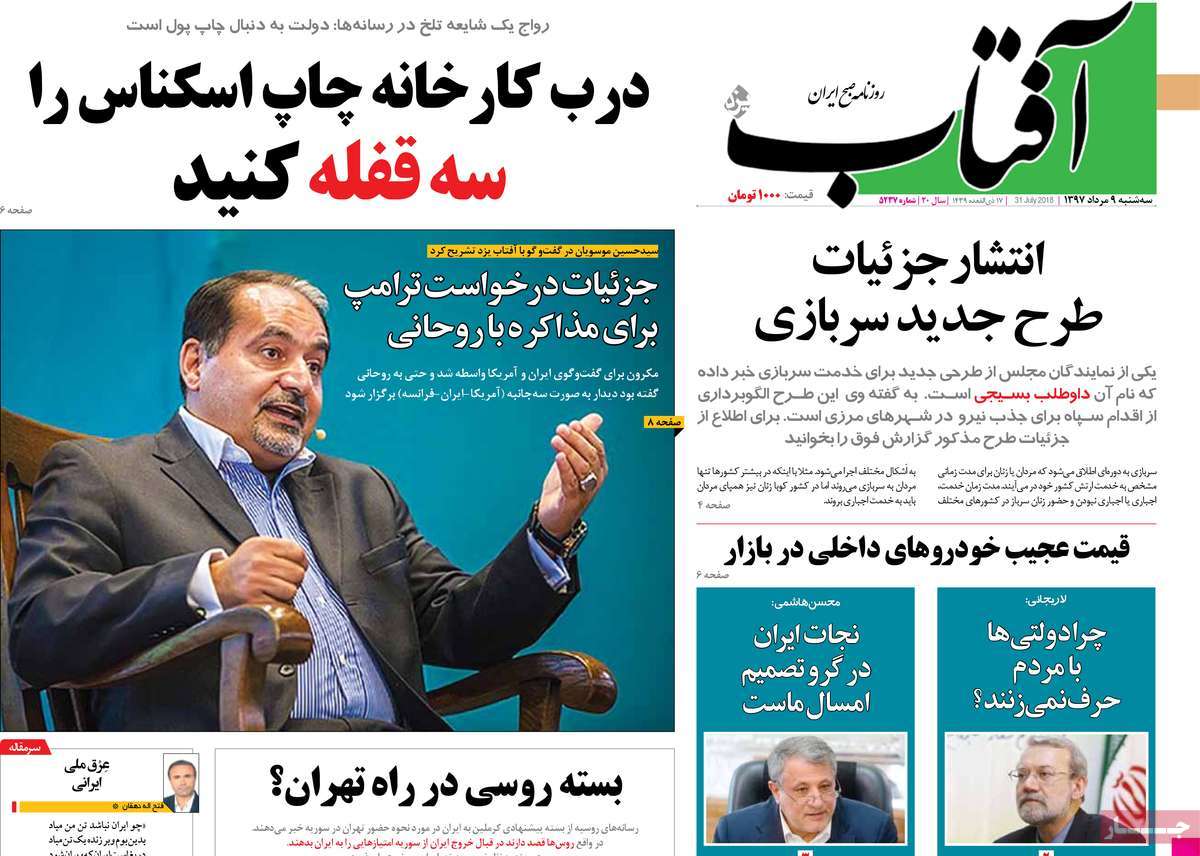 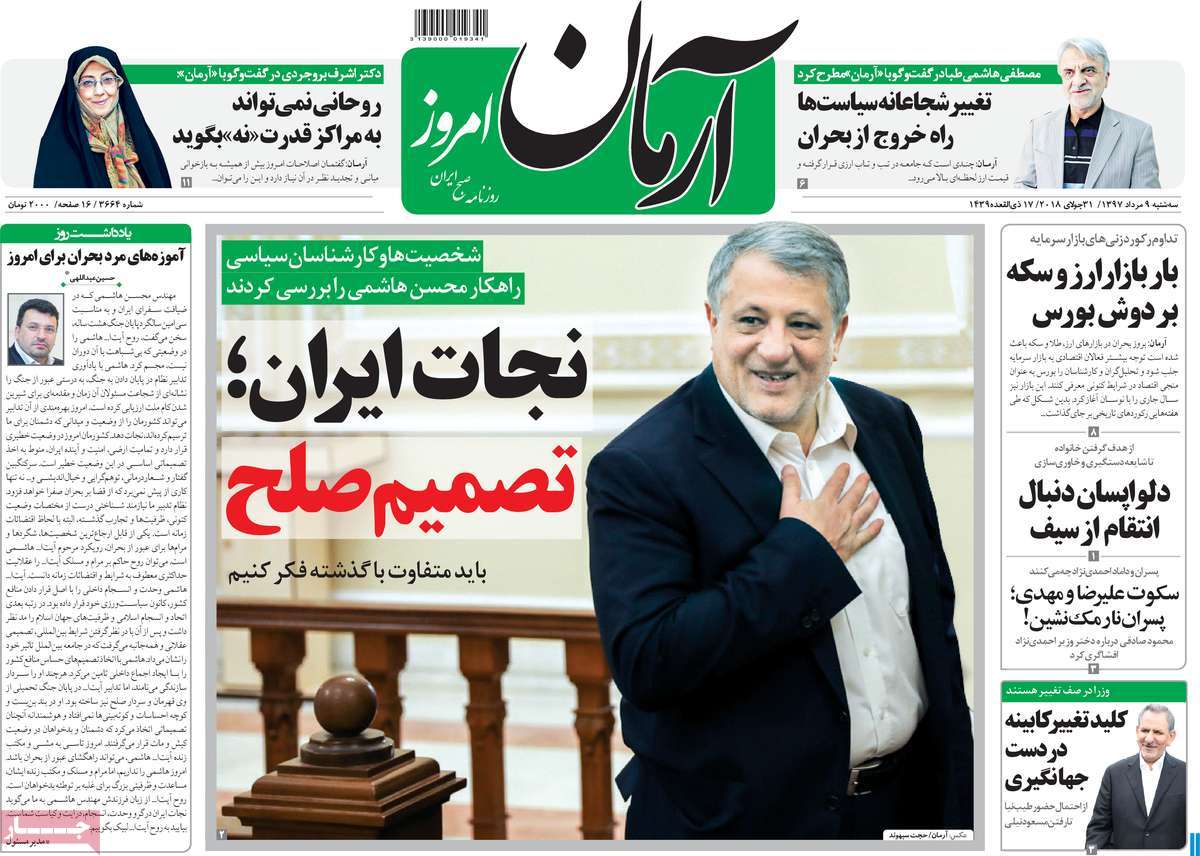 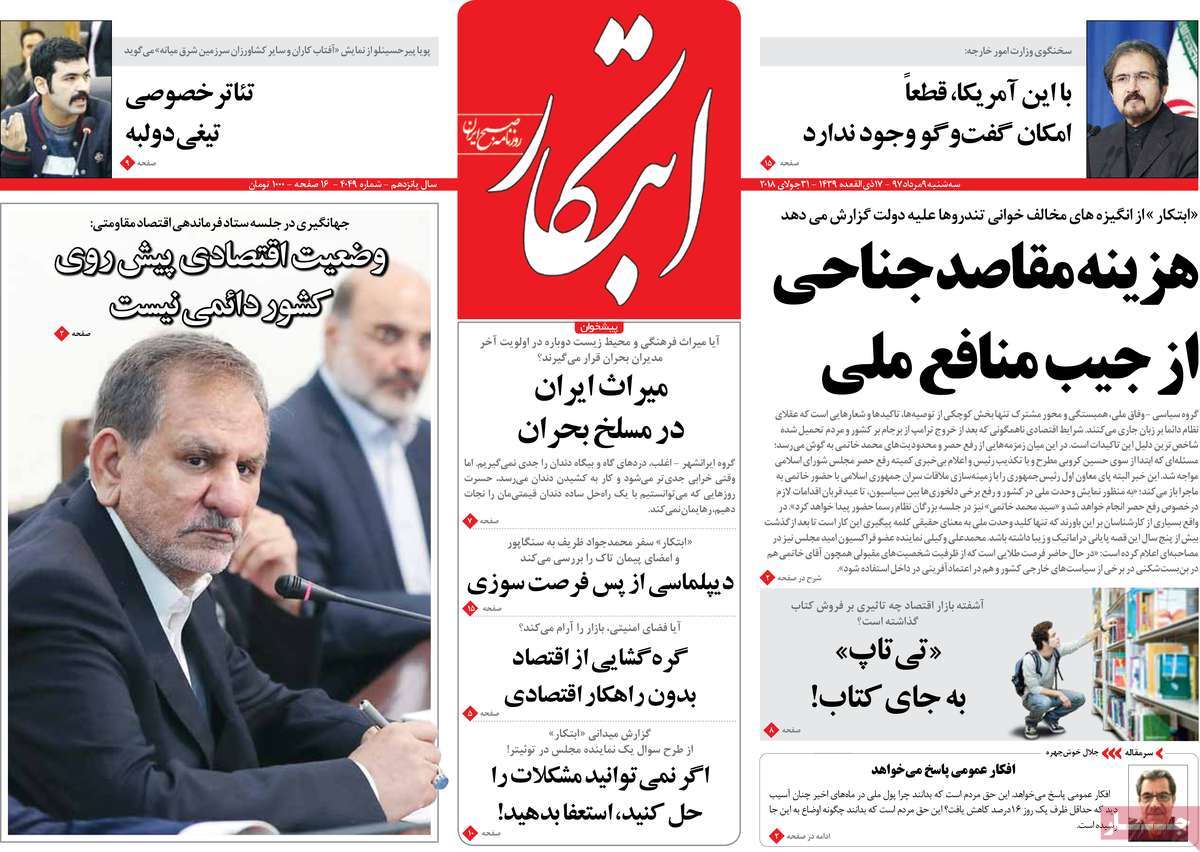 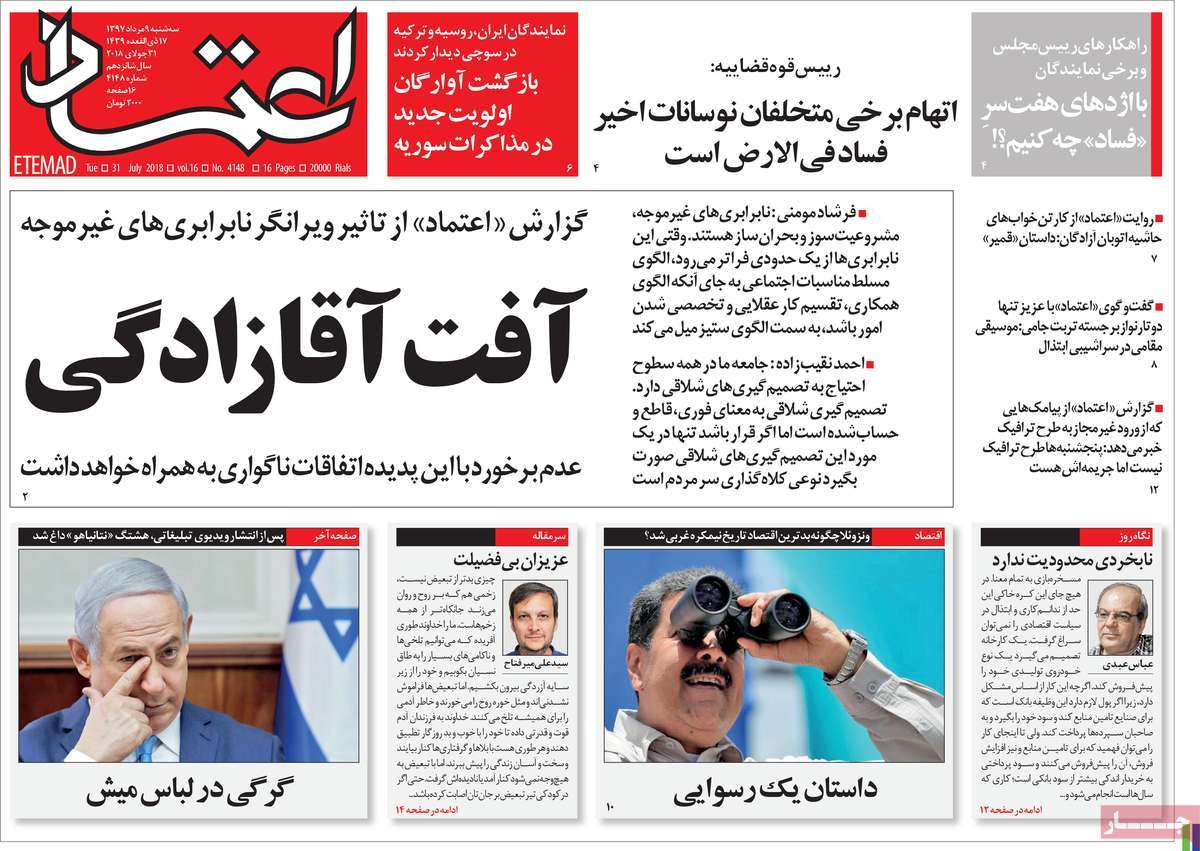 1- Iran First VP: The Country’s Forex Policy to Be Revised 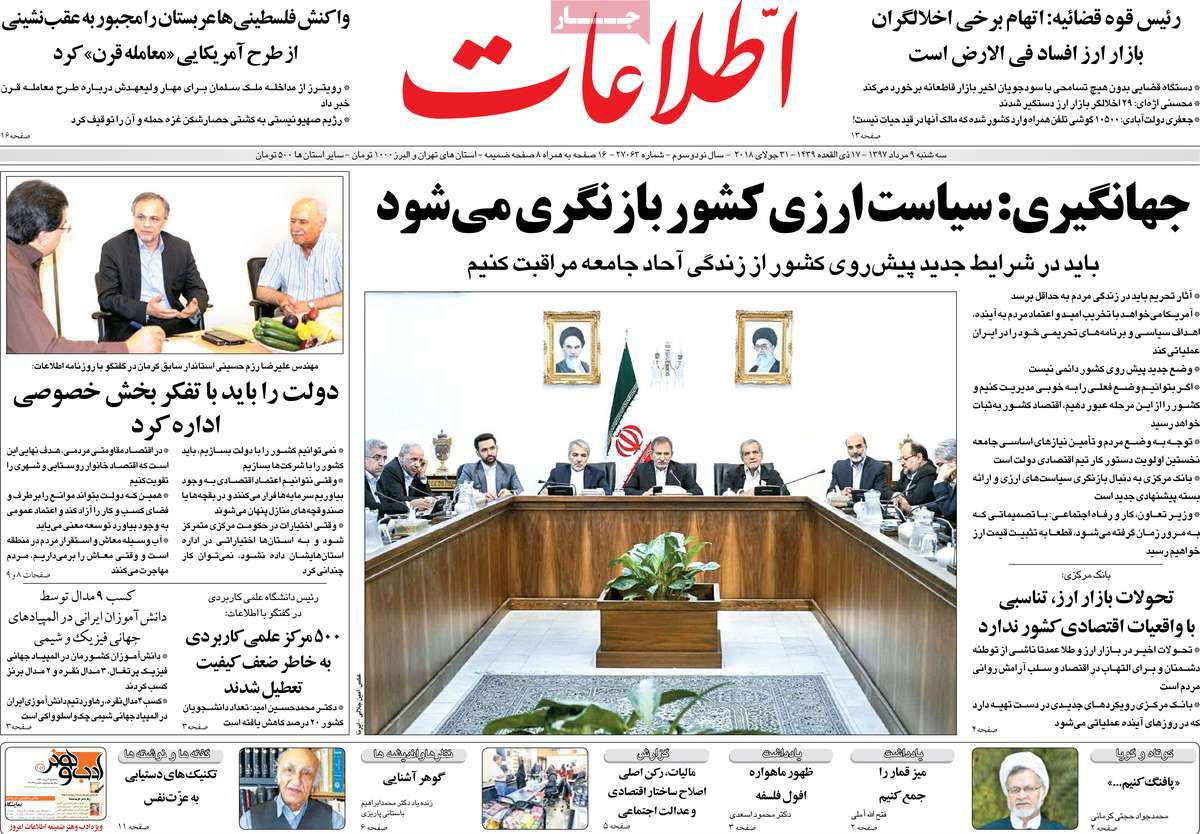 1- IRGC to Rouhani: Mr President! Use Your Anger to Resolve Government’s Economic Deficiencies 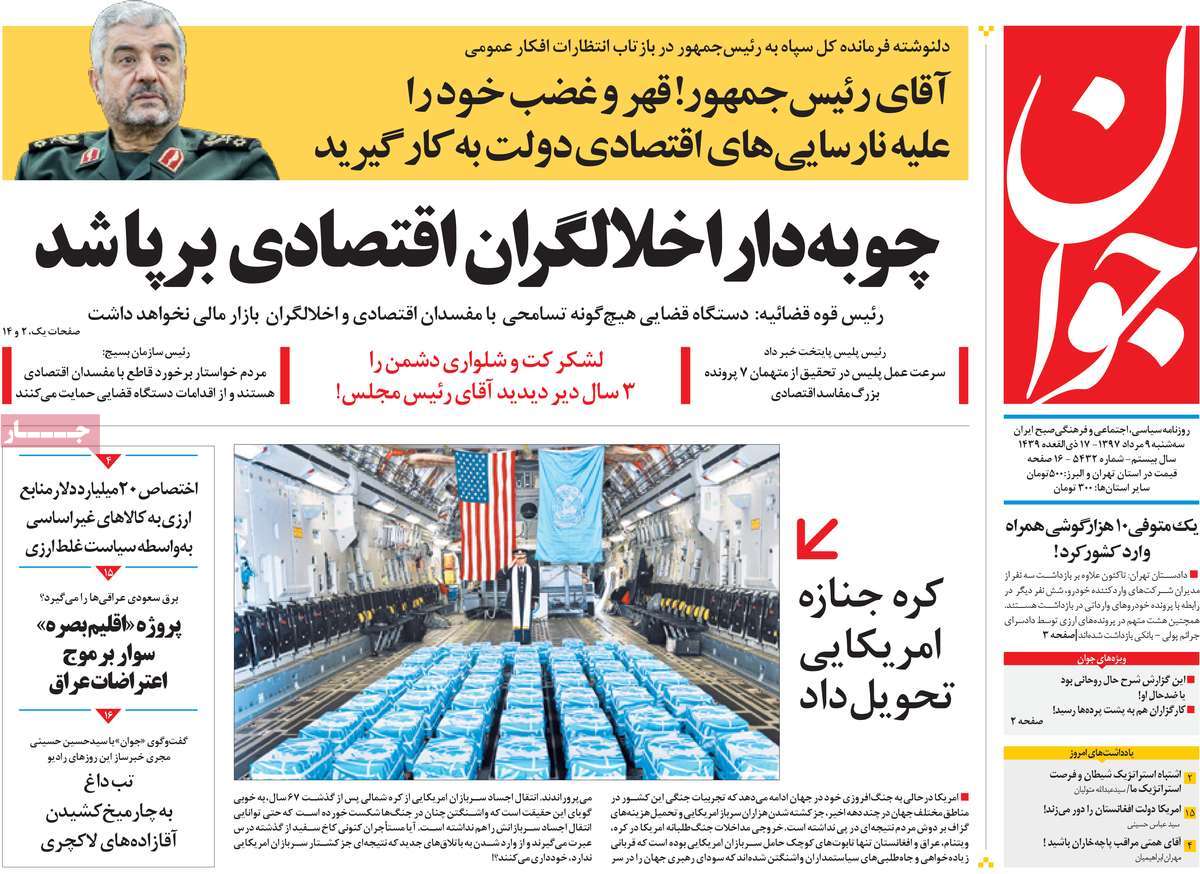 1- Ansarullah to UAE: You Can’t Even Fight against a Village without US’ Help 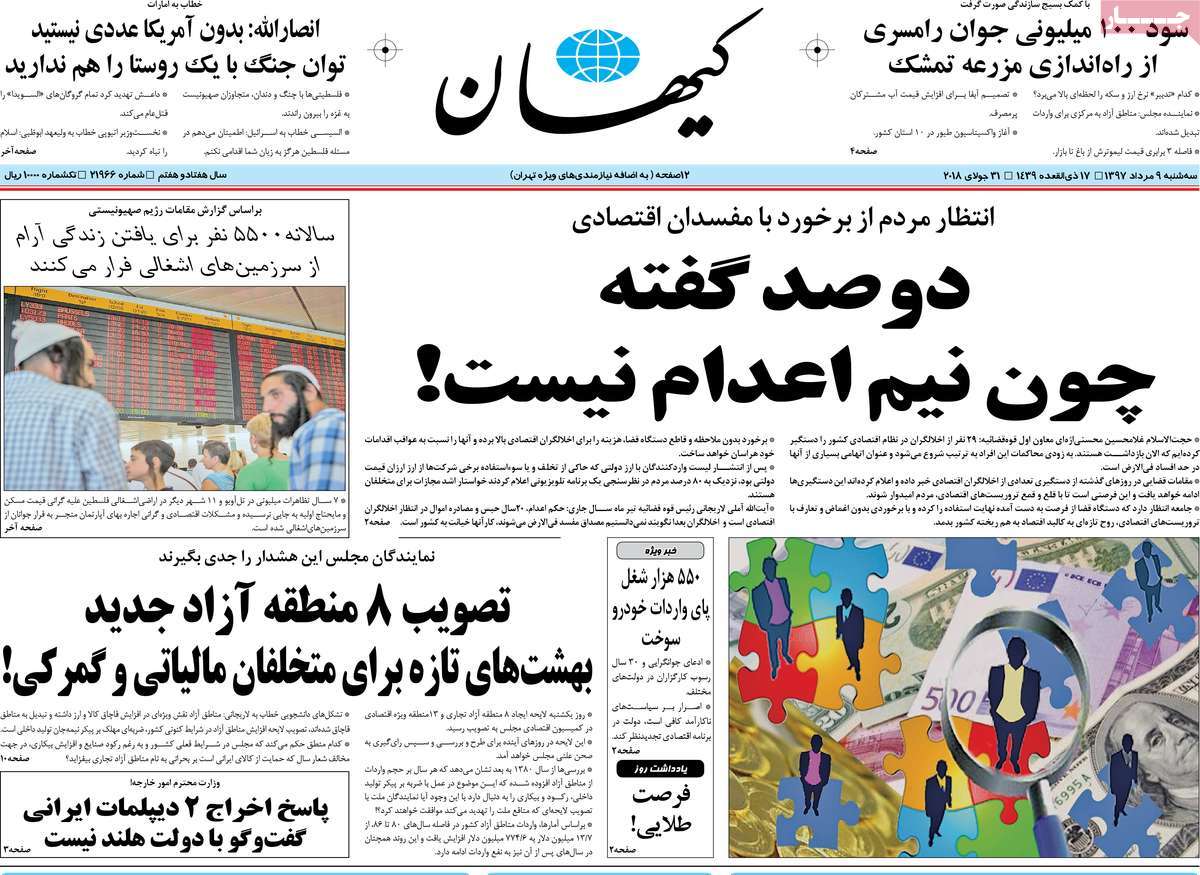 1- Lavrov: Formation of Equal System in the World Cannot Be Prevented 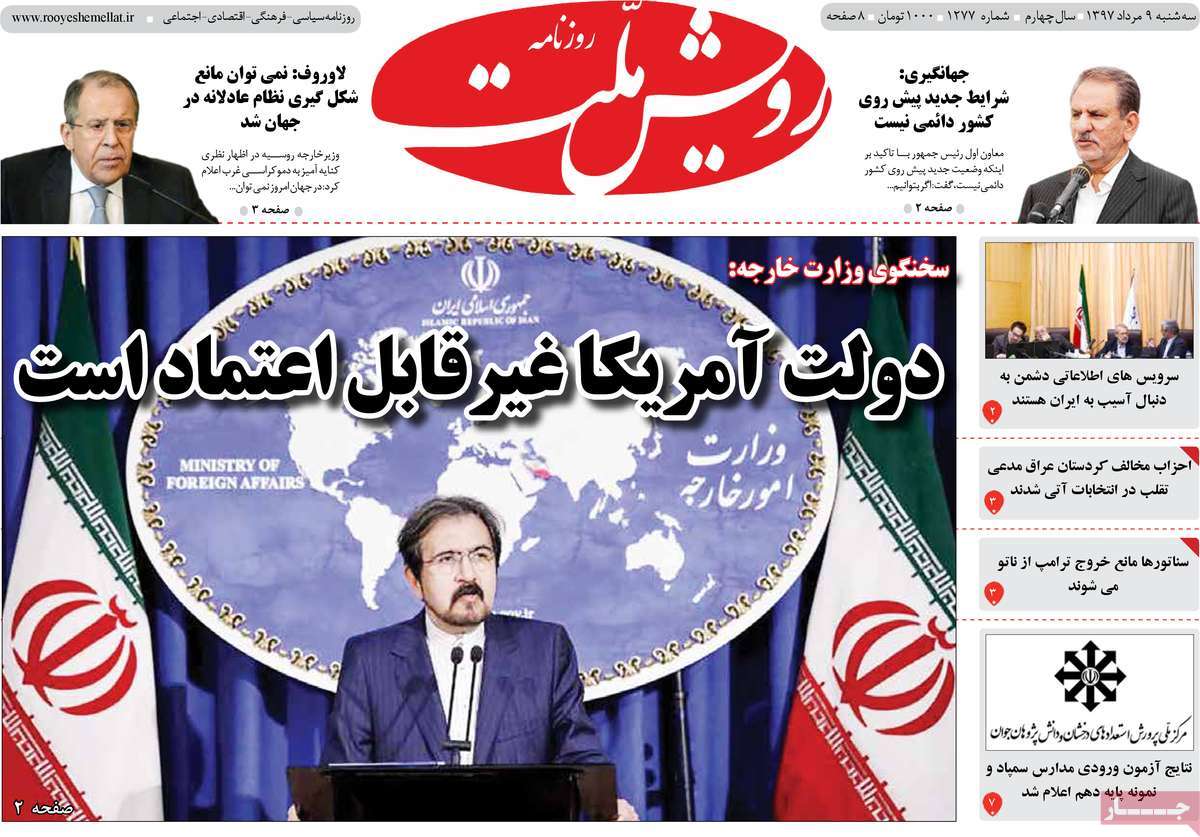 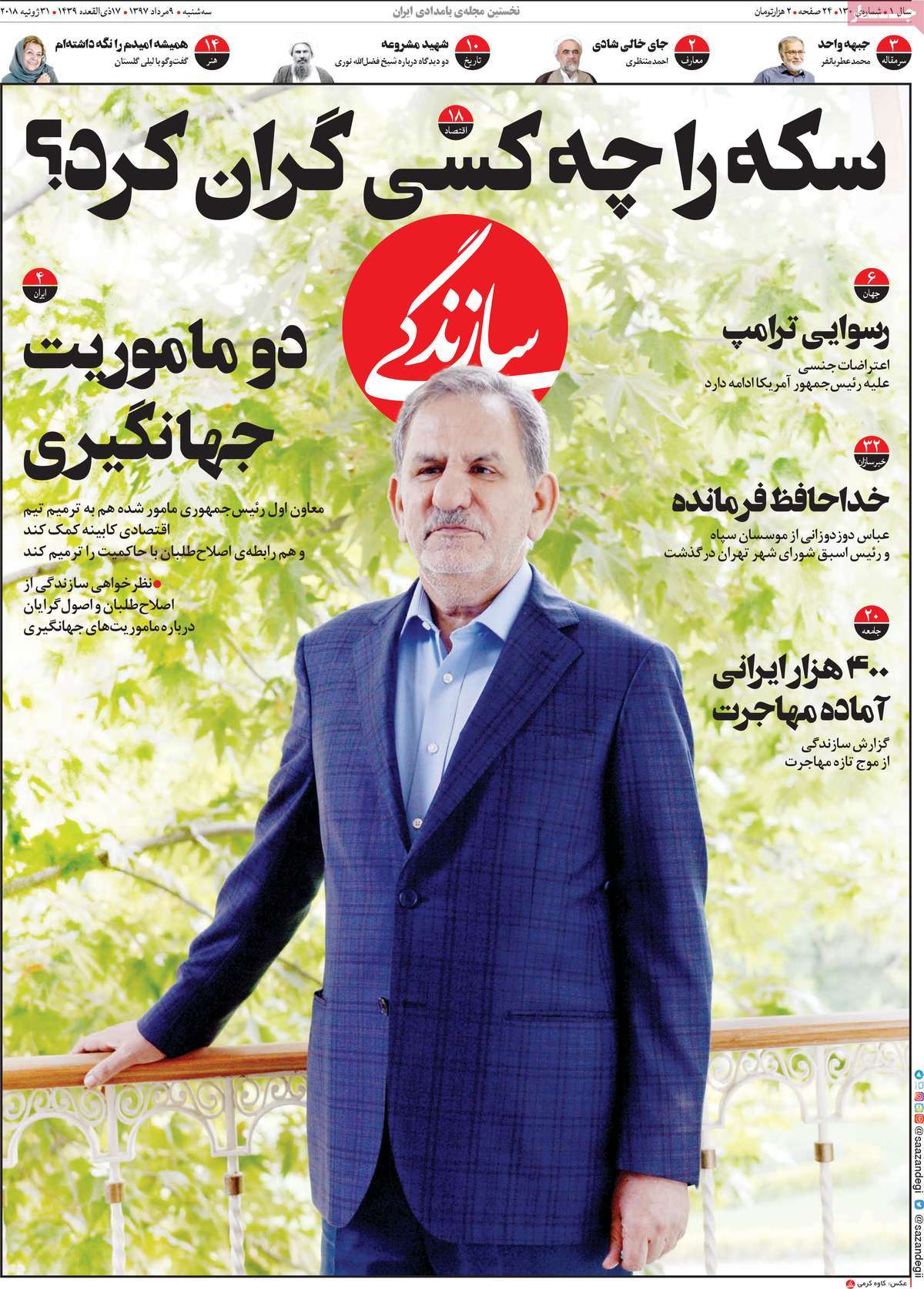 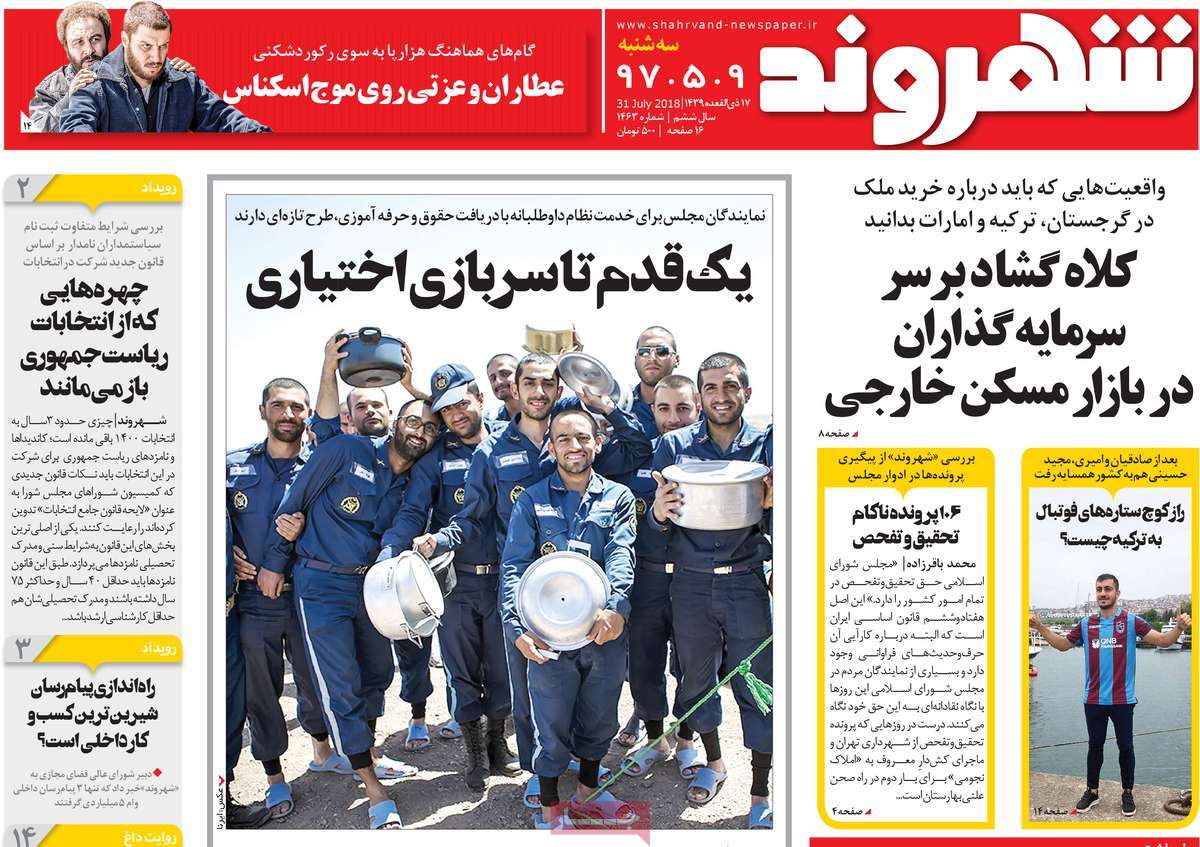 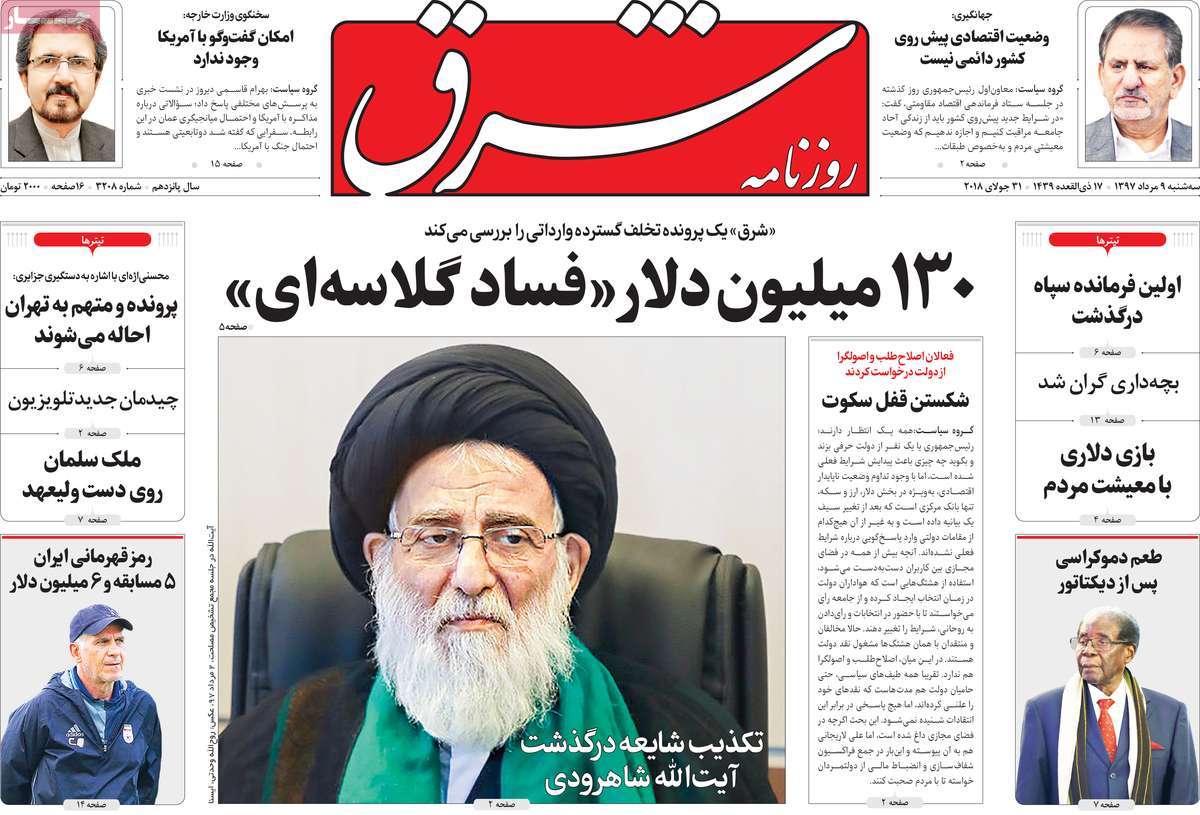 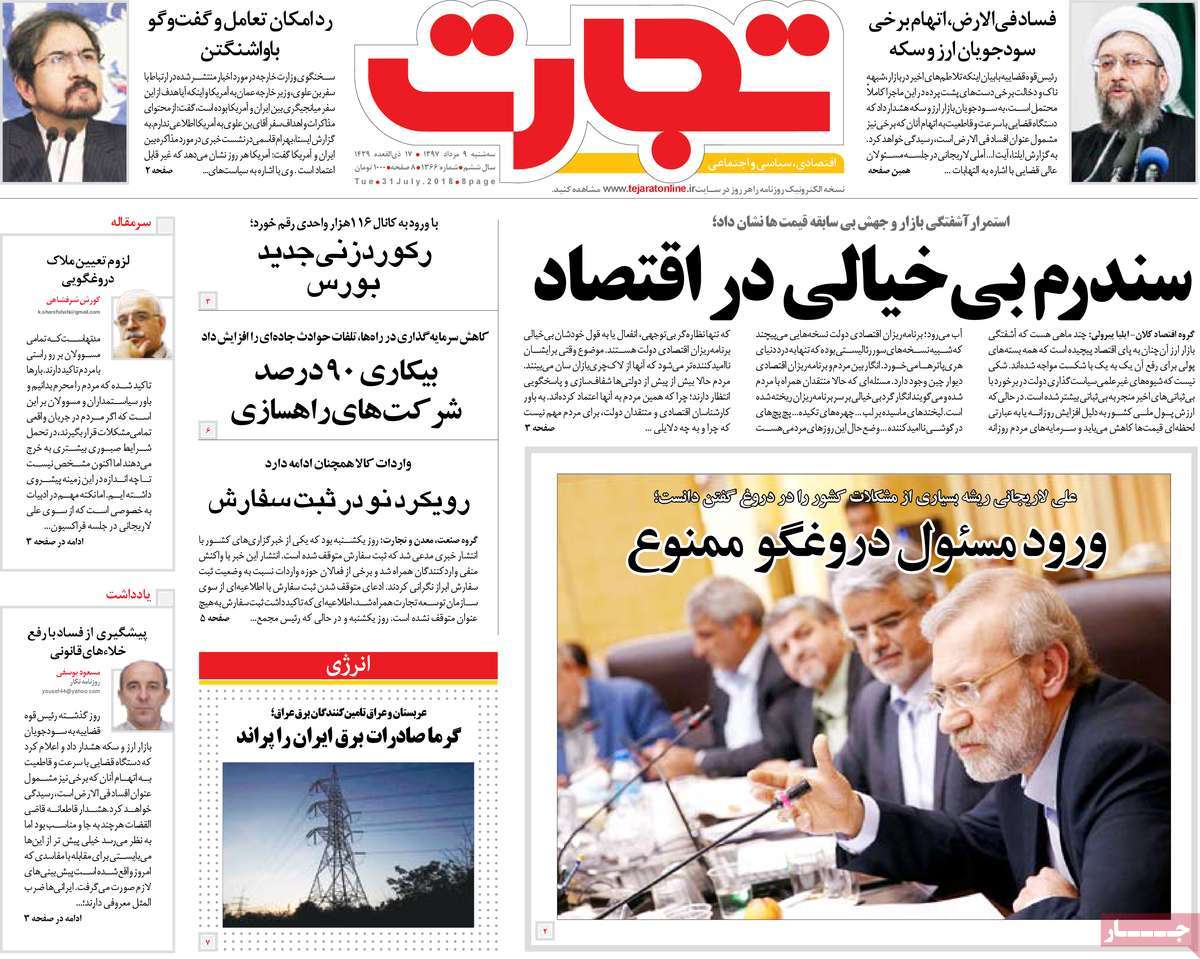