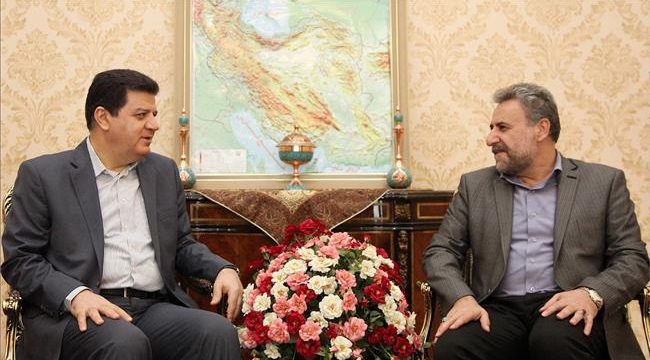 “The Zionist regime (of Israel) seeks a weak Syria and counters whatever leads to the strengthening of the Syrian nation and government,” Chairman of the Iranian Parliament’s Committee on National Security and Foreign Policy Heshmatollah Falahatpisheh said in a meeting with Syrian Ambassador to Tehran Adnan Mahmoud on Sunday.

He pointed to the US measures against Iran over the past four decades and said, “Since the first days after the victory of the Islamic Revolution, the US strategy was to weaken the [Islamic] Revolution and the Islamic Republic and has spared no efforts in this regard.”

The legislator added that the current threats posed by the US administration of President Donald Trump were nothing new for the Iranian nation.

The US president has stepped up his hostile rhetoric against Iran. Just last week, Trump threatened Iran with hardship “the likes of which few throughout history have ever suffered before.”

Trump’s pugnacious Twitter message in all capital letters came late on July 22 after Iranian President Hassan Rouhani warned his US counterpart not to “play with the lion’s tail.”

The Syrian ambassador, for his part, stressed the importance of bolstering relations in all fields and said the US and its allies want to wage an economic war due to their failures in the political arena.

Mahmoud also said the US and its regional mercenaries as well as all those who support terrorism for their own political objectives are liable for recent terrorist attacks in Syria.

The battle against terrorism in Syria is not different from anti-terror campaign across the Middle East, the Syrian diplomat pointed out.

A so-called monitor group has said that the death toll from a spate of attacks and bombings carried out by members of Daesh Takfiri terrorist group in Syria’s southwestern province of Sweida has surpassed 220.

The Britain-based Syrian Observatory for Human Rights, which is close to Syrian opposition, said last Wednesday that three attackers set off their explosive belts in Sweida city, located more than 100 kilometers southeast of the capital Damascus, as other blasts hit villages to the north and east. A fourth bomb explosion hit the city later.

The Lebanese Hezbollah resistance movement and Syrian President Bashar al-Assad on Thursday condemned deadly Daesh attacks in Sweida, saying such crimes are mere attempts to prop up the foreign-backed terrorists, which are suffering one defeat after another on the battlefield.