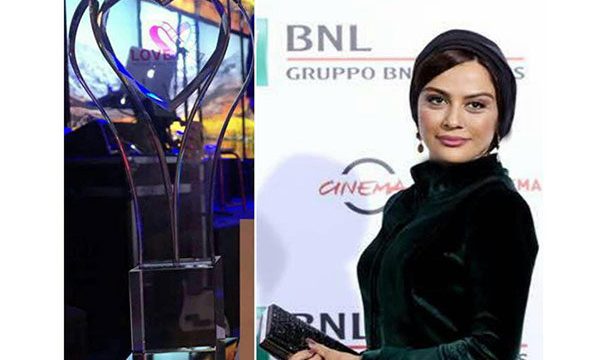 MNA – Iranian actress Maral Farjad has won an award at US’ Love International Film Festival for her supporting role in ‘Immortality’ directed by Mehdi Fard Ghaderi.

In a ceremony held in Los Angeles last night, Iranian actress Maral Farjad won the Best Actress in a Supporting Role award while competing with Meagan English (‘In the Wake of Ire’) and Jackie Nova (‘Art of Deception’).

‘Immortality’ is Fard Ghaderi’s debut feature that displays events occurring in a rainy night on a train. The film is the story of six different families each in a different compartment, told through a nonlinear passage of time.

‘Immortality’ as well as ‘Temporary License’ by Iranian filmmaker Afshin Hashemi had also received nominations for the Best Feature Film award and Best Screenplay at the American festival.

The 2018 Love International Film Festival was held on 24-27 July in Beverly Hills, Los Angeles, US.