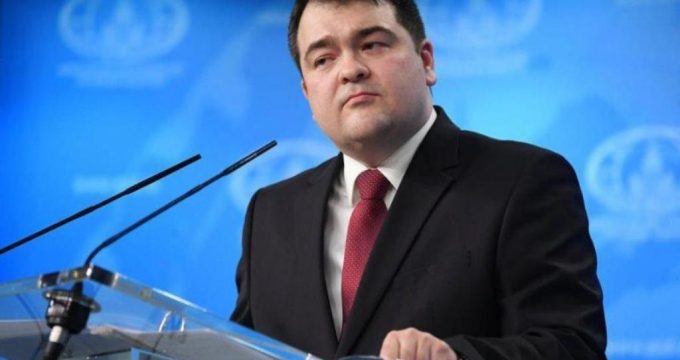 Iran is a player with high sense of responsibility in Syria, Artyom Kozhin told reporters in a weekly press briefing on Thursday.

According to Russia’s TASS News Agency, Kozhin said that the tenth meeting of the deputy foreign ministers of the countries acting as guarantors of the Astana process (Russia, Iran and Turkey) on the settlement in Syria will be held in Sochi on July 30-31.

‘The tenth high-level Astana-format international meeting on Syria will be held in Sochi on July 30-31. Deputy foreign ministers of Russia, Iran and Turkey as the guarantor nations of the Astana process will take part in the event to promote the Syrian settlement,’ the diplomat said.

He noted that the delegations of the Syrian government and the Syrian opposition, observers from the UN and Jordan would take part in the meeting, adding that an invitation has been sent to the US as well.

Kozhin said, ‘The participants in the meeting will consider the developments in and around Syria, exchange views on the process of launching intra-Syrian negotiations based on the UN Security Council Resolution 2254 and taking into account the decisions of the Syrian National Dialogue Congress in Sochi and continue to discuss further steps to launch the work of the Constitutional Committee at an early date as an important tool to promote a political solution to the Syrian crisis.’

The diplomat added that the parties would discuss in detail efforts to resolve the humanitarian situation in that country. The fourth meeting of the working group on the release of detainees and hostages, transfer of bodies and the search for missing persons set up as part of the Astana process is expected to be held in Sochi too.