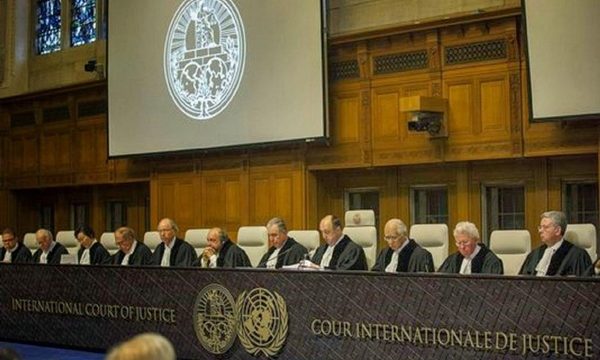 IFP -The International Court of Justice said it will hold hearings next month to hear a lawsuit brought by Iran against the US for breaching the 1955 Treaty of Amity by re-imposing sanctions.

“The International Court of Justice (ICJ), the principal judicial organ of the United Nations, will hold public hearings from Monday 27 to Thursday 30 August in the case” surrounding Iran’s complaint against the United States, the tribunal said Thursday.

“The hearings will be devoted to the request for the indication of provisional measures submitted by Iran,” AFP quoted the court as saying in a statement.

Iran recently filed the lawsuit against the United States stating that Washington’s decision in May to re-impose sanctions after pulling out of the 2015 nuclear deal violates the 1955 Treaty of Amity between the two countries.

The court, set up in 1946 in The Hague to rule in disputes between nations, revealed Wednesday that its president, judge Abdulqawi Ahmed Yusuf, has written a letter about the case directly to US Secretary of State Mike Pompeo.

In comments on Tuesday, head of the international legal affairs center of the Iranian president’s office, Mohsen Mohebi, said the ICJ president has warned Washington not to take any action in contradiction to the future decisions of the ICJ on Iran’s complaint.

The ICJ is the United Nations tribunal for resolving international disputes. Iran’s filing asks the ICJ to order the United States to provisionally lift its sanctions ahead of more detailed arguments.