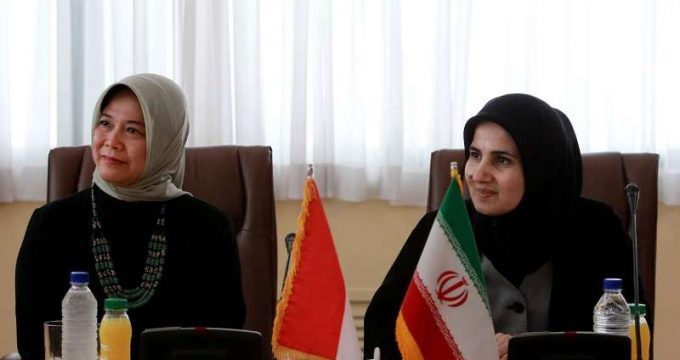 IRNA – Vice-President for Legal Affairs Laiya Joneidi on Wednesday hailed Iran-Indonesia cooperation in the economic, political and cultural fields, saying that promoting economic cooperation, especially in the sphere of oil, was in the interest of both nations.

In a meeting with the head of Indonesian delegation of Audit Court Isma Baton, she described Iran and Indonesia as the two Islamic countries with numerous commonalties, saying that they have valuable relations which have the potential for getting broadened in line with the two countries’ interests.

She also voiced Presidential Office Legal Department’s readiness to share experience in the legal and judicial fields with the Indonesian sides.

Since Iran and Indonesia boast of great natural resources, they can have great impacts on the world, he said, noting that the two countries can have broader cooperation in the economic, political and cultural arenas.

Baton, for her part, presented a report on the structure of Indonesia’s Audit Court, saying that her country is determined to have closer cooperation with Iran in all fields and use each other’s experience to improve the situation.

“Tehran-Jakarta legal cooperation is at a very good level and we intend to upgrade it through dialogue and exchange of views,” she said.