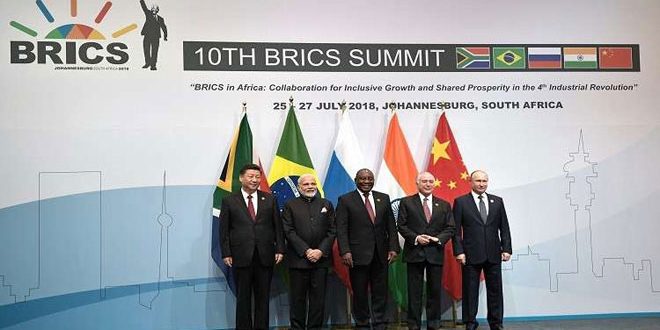 IRNA – Leaders of BRICS group of countries renewed their commitment to the political settlement in Syria through a comprehensive political process led by the Syrians in a way that guarantees Syria sovereignty, territorial integrity and according to international

The leaders affirmed in a joint declaration issued in the first day of their summit held Thursday in Johannesburg their support to Astana and Geneva processes, calling for unifying the efforts to combat terrorism in Syria, SANA reported from Johannesburg.

BRICS countries called for resuming the diplomatic efforts to achieve a comprehensive and fair settlement for the Palestinian cause and realizing peace in the Middle East according to UNSC resolutions.