A look at Iranian newspaper front pages on July 26

Iran Front Page – IFP has taken a look at the front pages of Iranian newspapers on Thursday, July 26, 2018, and picked headlines from 12 of them. IFP has simply translated the headlines and does not vouch for their accuracy.

The ongoing war of words between Iranian and US officials remained the top story in all newspapers today. Remarks by IRGC Chief-Commander Major General Mohammad-Ali Jafari and comments by President Hassan Rouhani in response to the US’ threats received the greatest coverage.

Several papers also hailed as a diplomatic victory for Iran the recent letter by the International Court of Justice (ICJ) to US Secretary of State Mike Pompeo over the re-imposition of Iran sanctions.

Also a top story was the ongoing changes in the Rouhani administration, particularly the Wednesday appointment of Abdol-Nasser Hemmati as the new Governor of the Central Bank of Iran (CBI).

2- Rouhani: Groundless Threats of Certain US Rulers Not Worth a Response 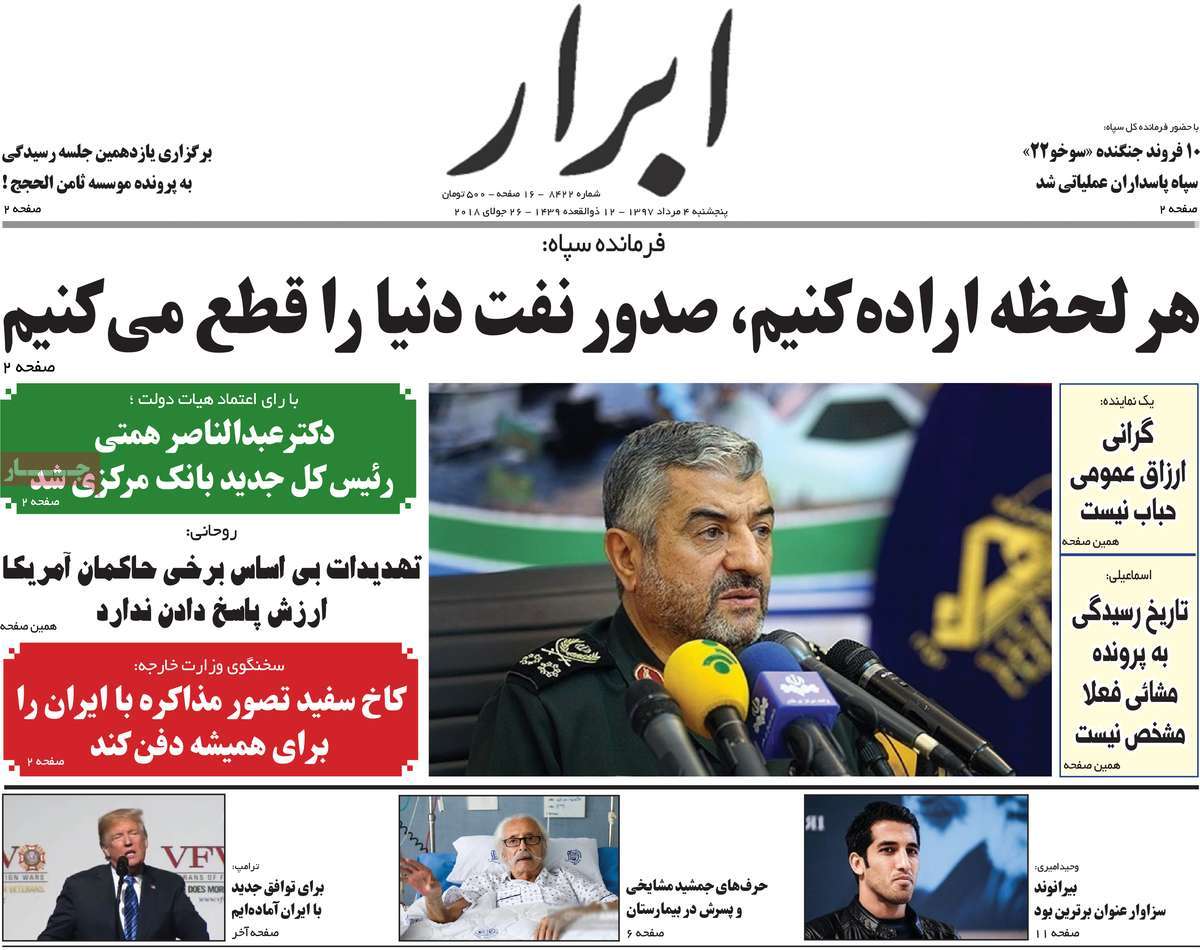 2- Mosaddegh Did It, Can Rouhani Do It Too? 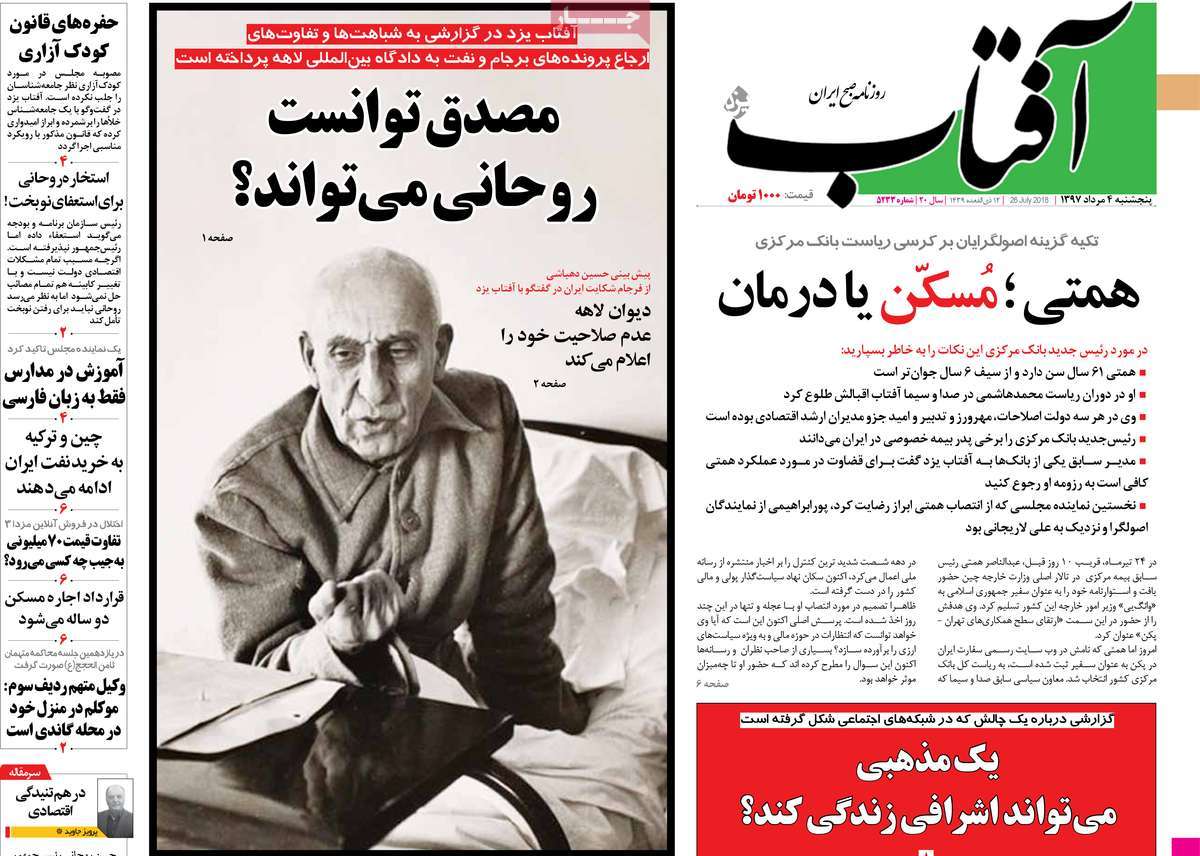 1- The Businessman Backs Off 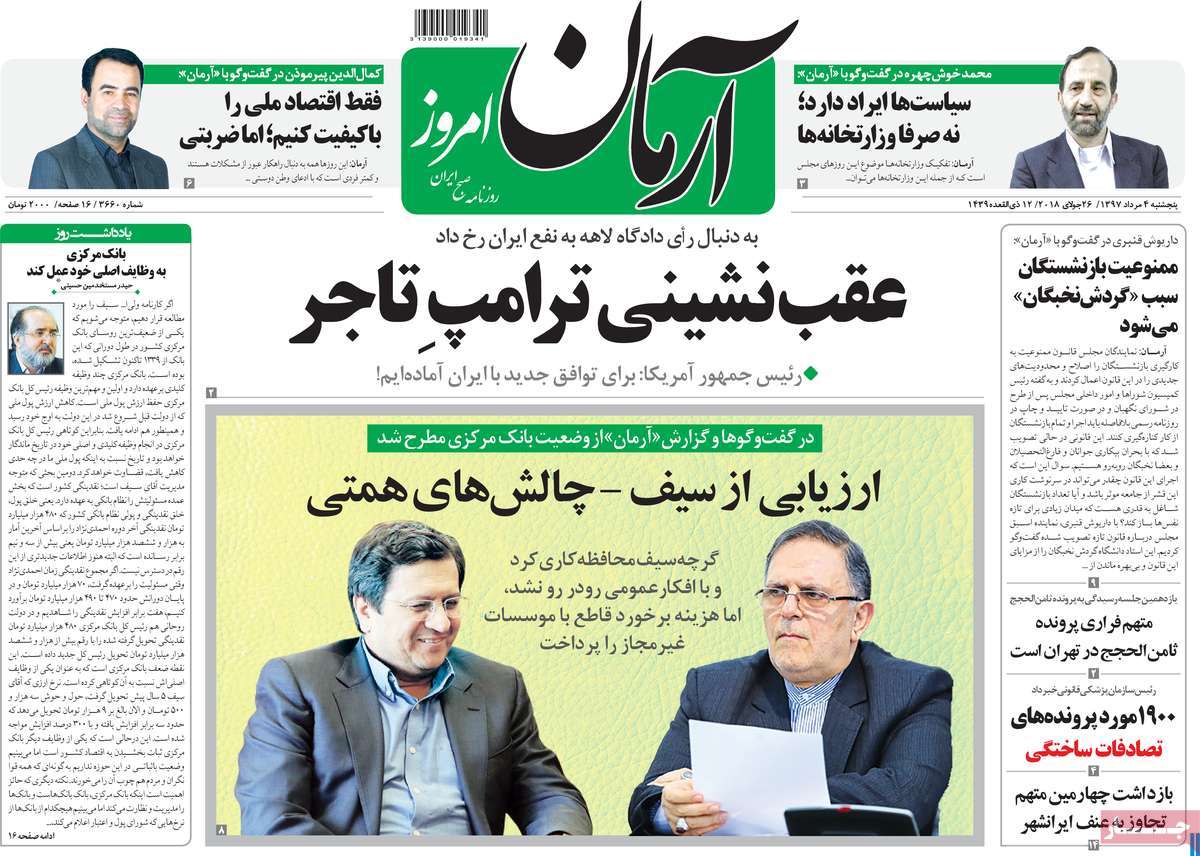 2- Wind of Change against Storm of Crisis

3- Gov’t Spokesman: We Have Plans for Different Scenarios of JCPOA, Sanctions 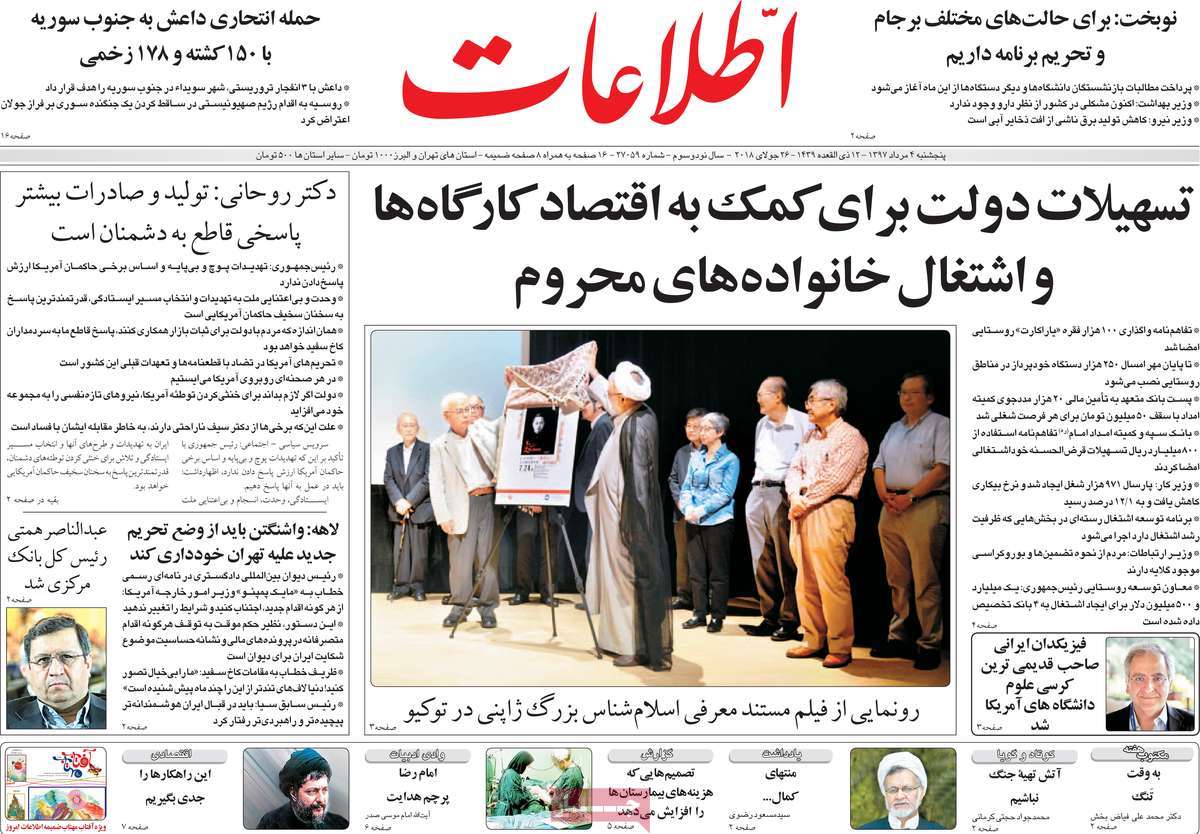 1- Return of Commander: Tayyebnia Will Most Probably Take Lead in Iran’s Economy 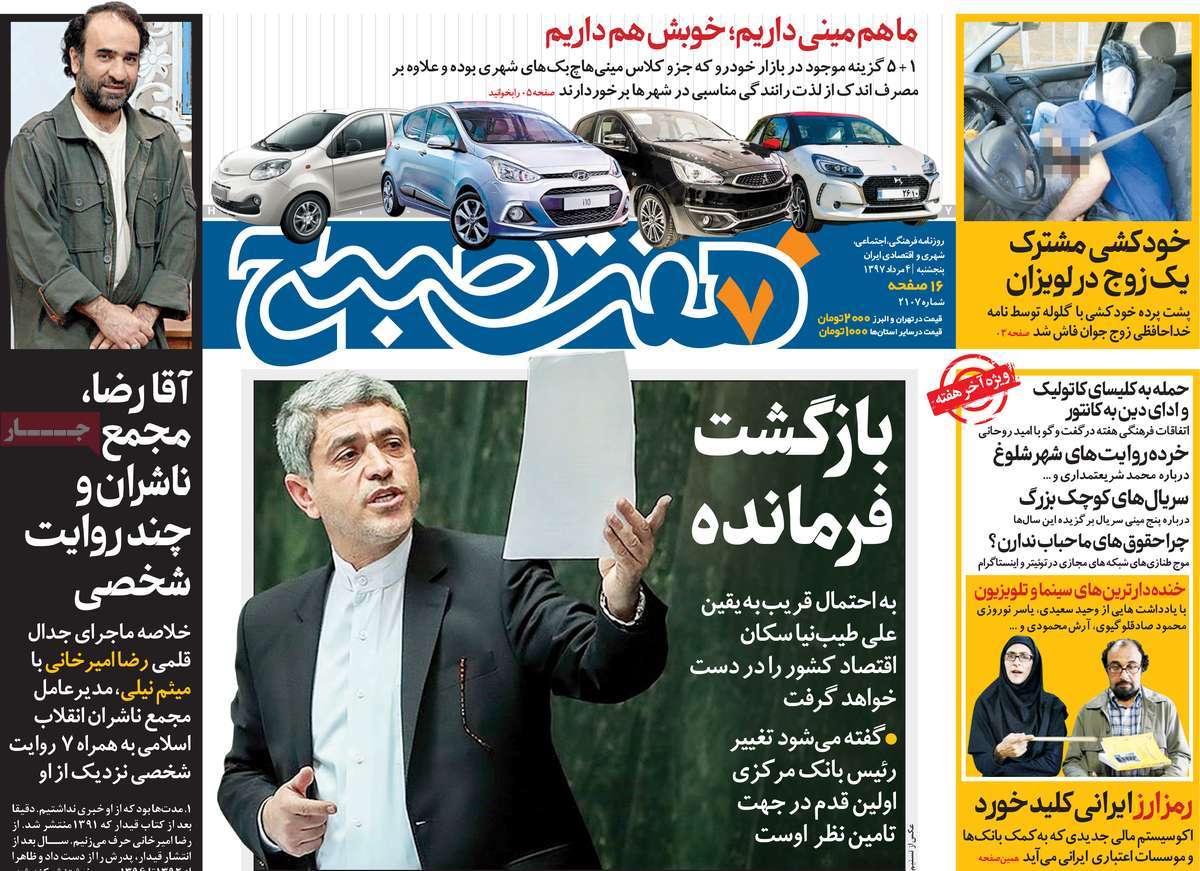 1- Battle against Sanctions in Three Fronts: 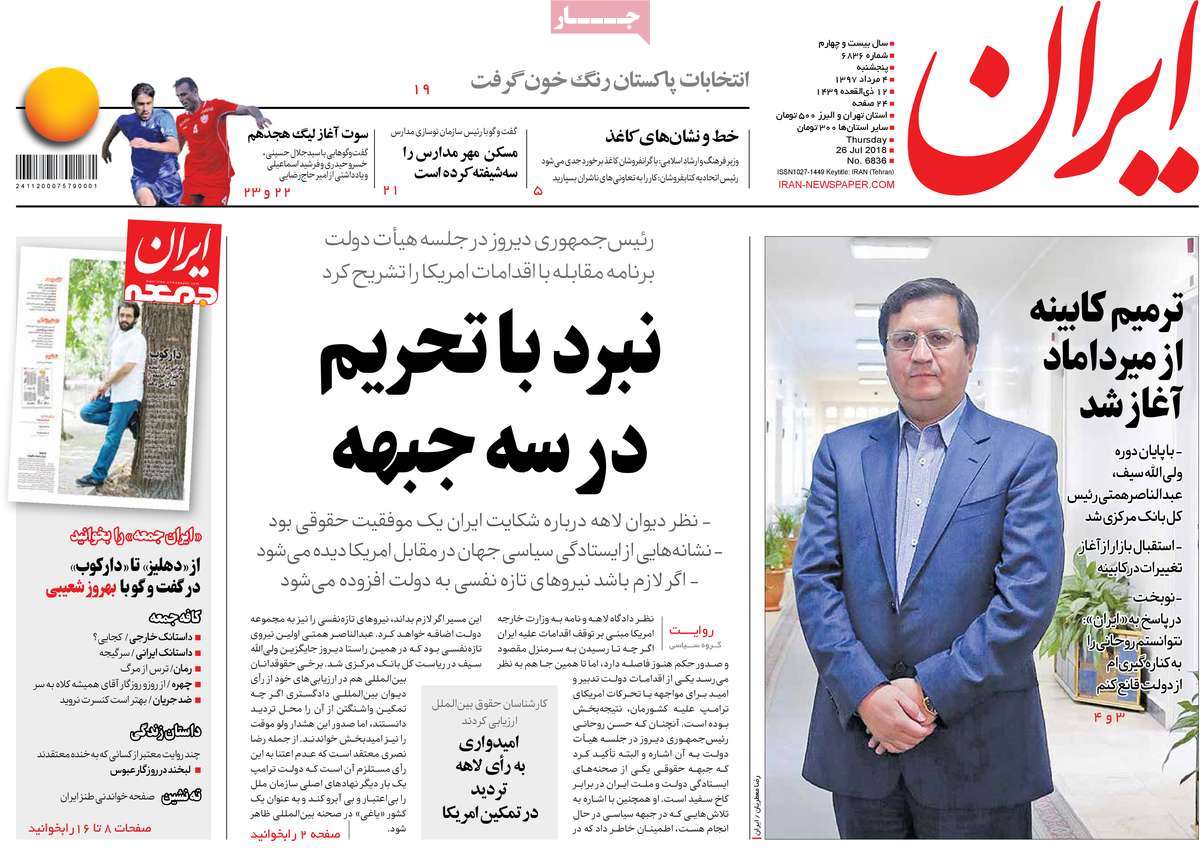 1- Changes in Rouhani’s Cabinet Not Enough 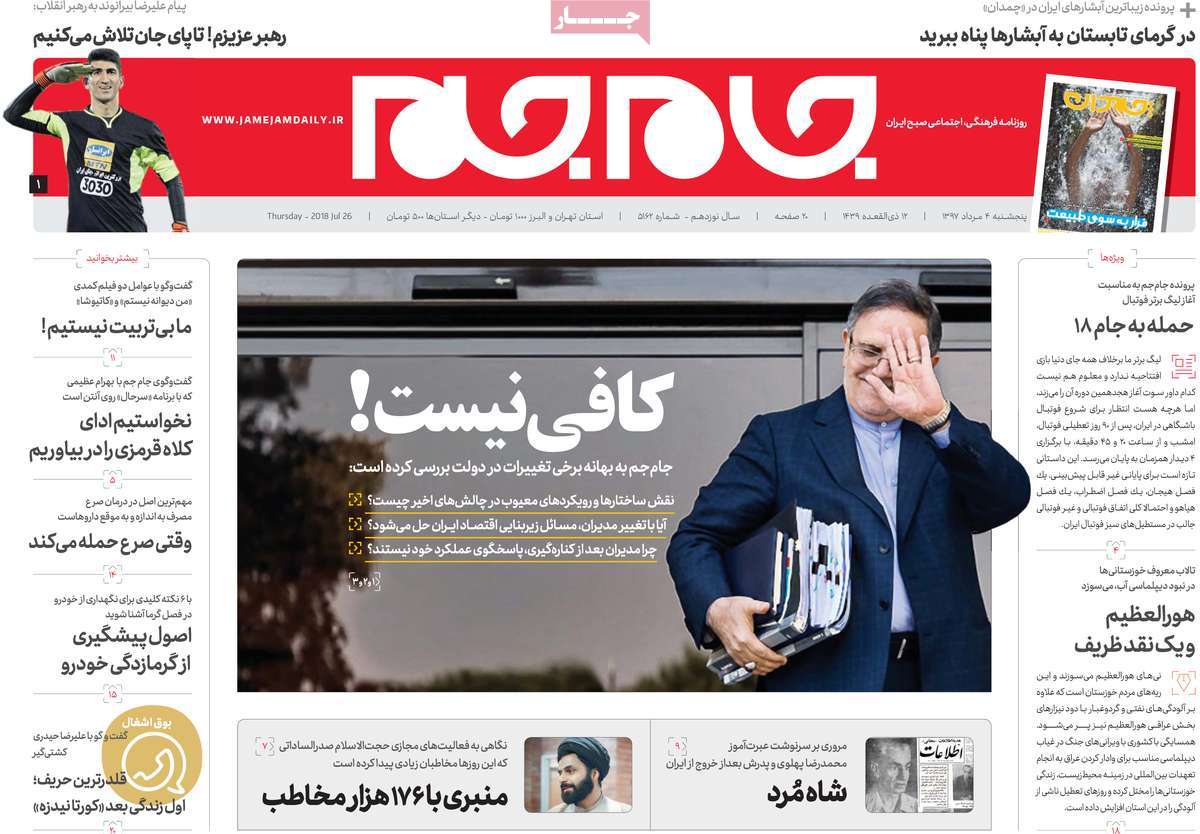 2- Rouhani Says Negotiation with US Means Surrender, Being Looted

3- Trump Wouldn’t Dare to Make Such Threats If He Knows IRGC’s Capabilities: Chief 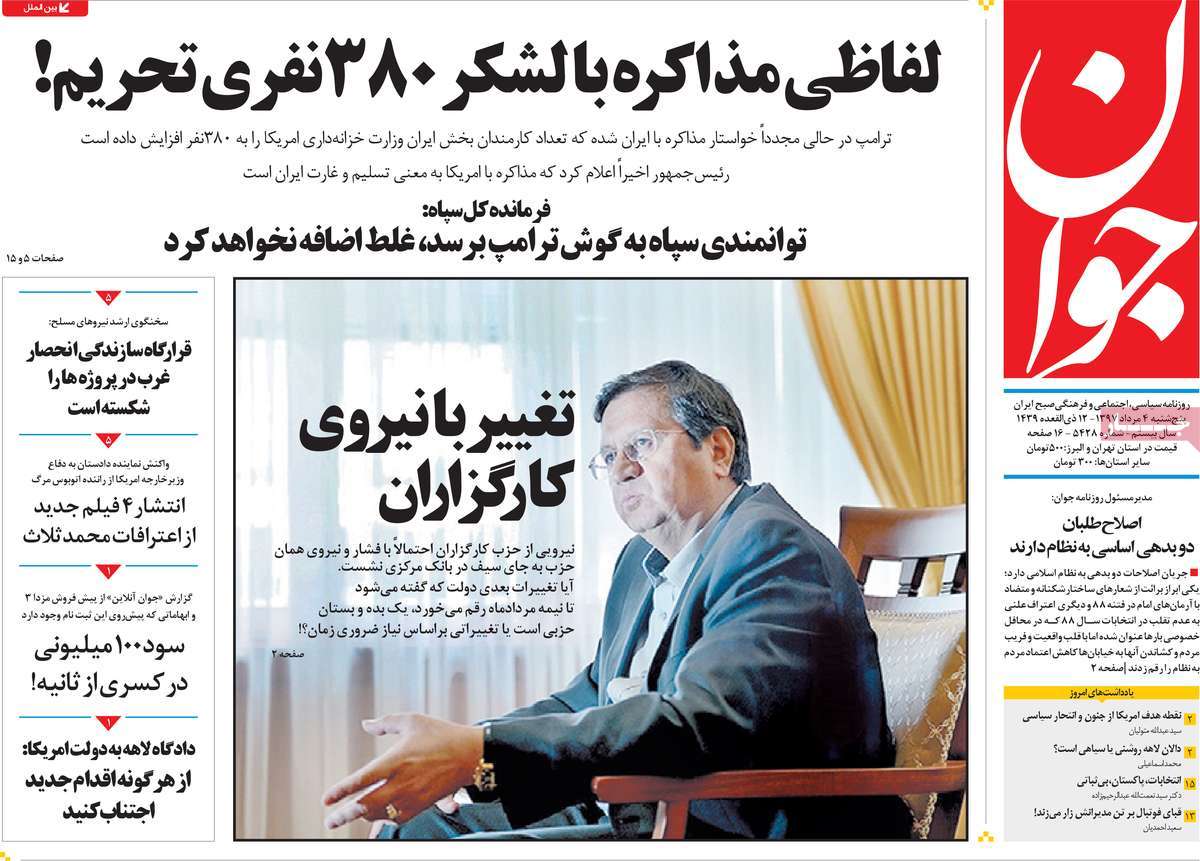 1- Which Country Implementing Ambitious Plans Using Its People’s Money: Iran or US? 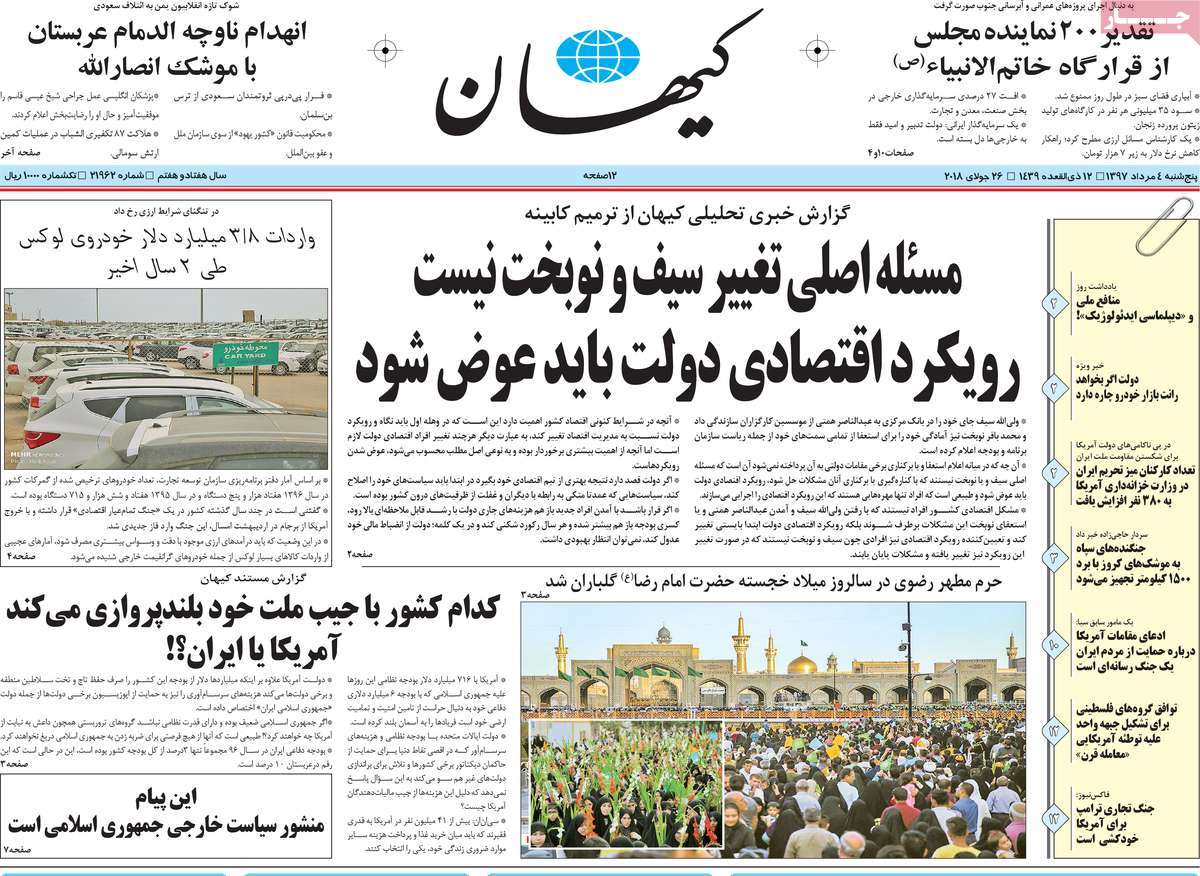 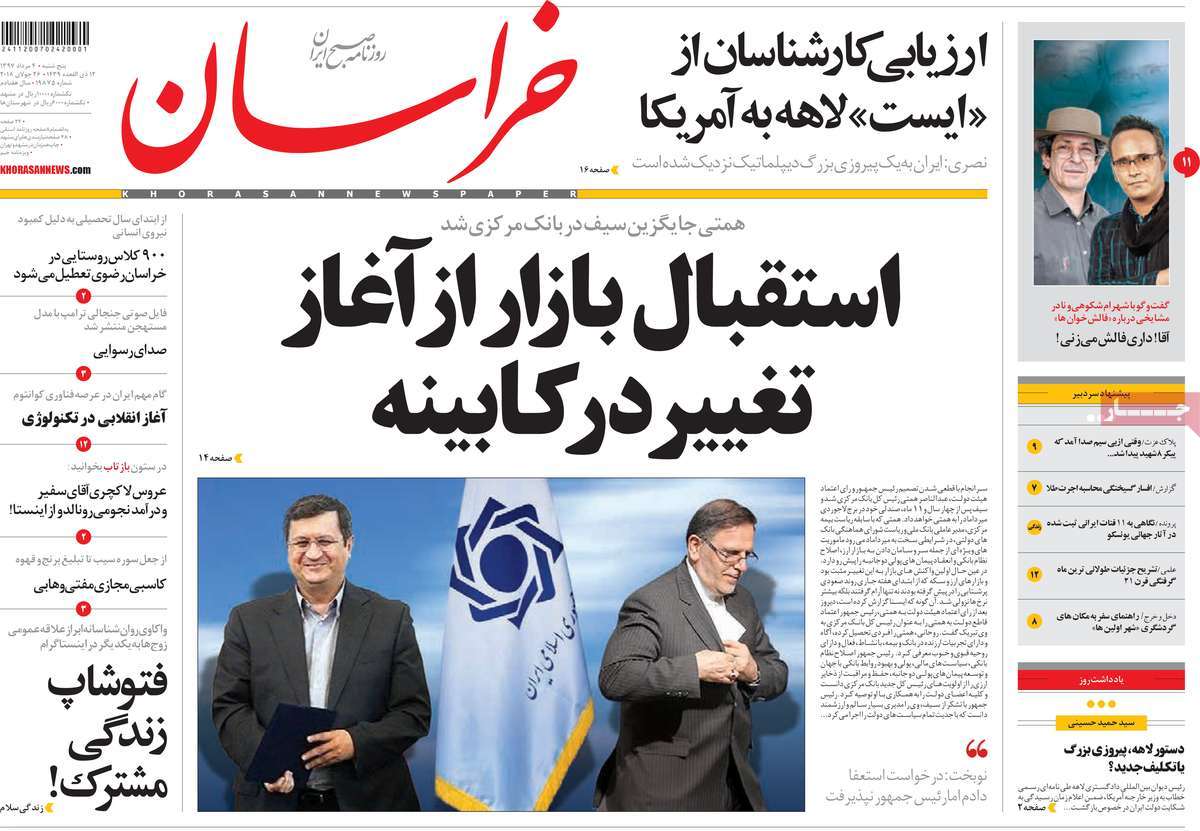 1- Repeating Case of Mosaddegh at The Hague 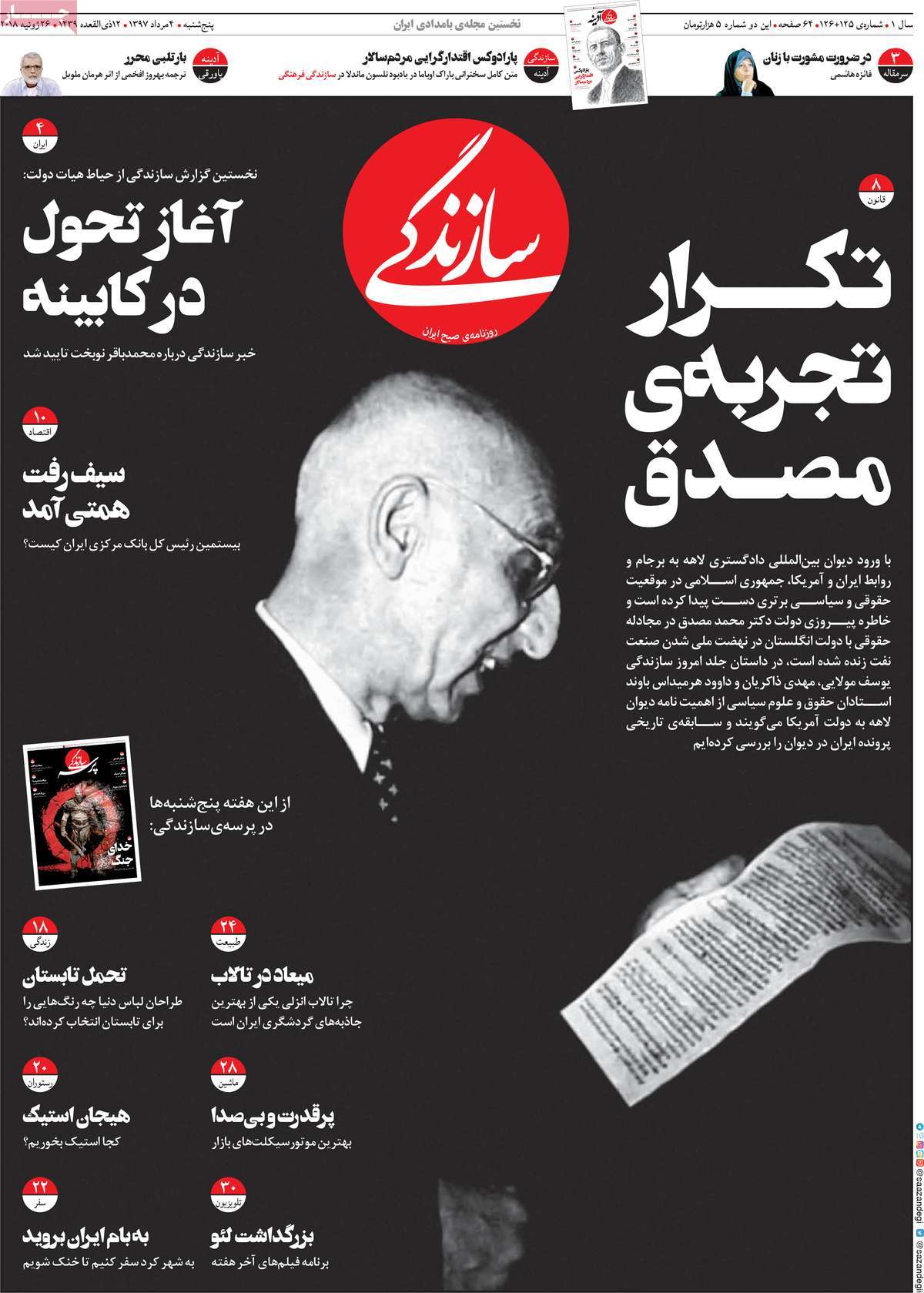