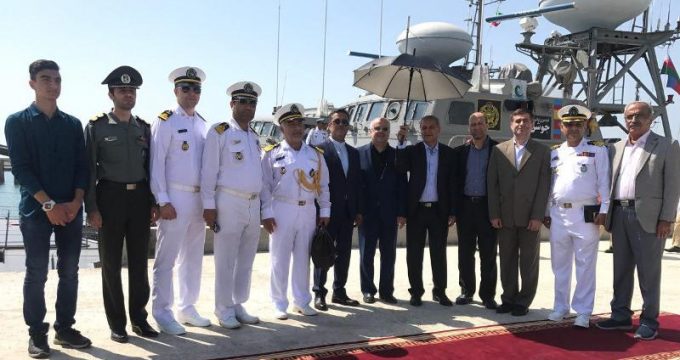 The event will be held as of August 1 for 10 days between naval forces from Caspian Sea littoral states.

The two Iranian warships arrived in the Azeri waters as they received warm welcome by navy officials of the country.