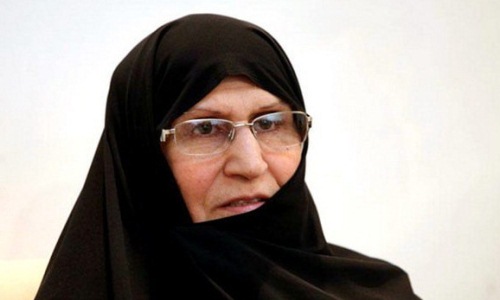 MNA – Secretary-General of Society for the Defense of Palestinian Nation in a letter to OIC rotating president, Recep Tayyip Erdoğan, lashed out at the controversial ‘nation state’ bill recently passed by the Israeli Parliament (Knesset).

“The adoption of the bill of ethnic superiority of Jews in the Knesset of the Zionist regime is another mark of disgrace in the black history of this regime,” Zahra Mostafavi, Secretary-General of the Society for Defending the Palestinian Nation, said in a letter to Turkish President Recep Tayyip Erdoğan, who currently holds the rotating presidency of the OIC (Organization of Islamic Cooperation).

Her letter came after the Zionist Israeli (Knesset) adopted a bill on July 19 that declares the occupying entity “the nation-state of the Jewish people,” in what is widely criticized as an apartheid measure that could lead to discrimination against its own Arab population.

In her letter to Turkish President’s Recep Tayyip Erdoğan, she referred to the “support of domineering countries, self-proclaimed advocates of democracy, especially the Trump administration, and the accompanying reactionary Arab states who are collaborating with Israel and are supporting the so-called Deal of the Century.”

“Undoubtedly, this shameful measure was pursued after domineering countries which are fake-advocates of democracy, especially Trump’s US, made a decision to relocate their embassies to Jerusalem al-Quds, and recognized the holy city as the capital of the Zionist regime,” reads her letter.

Mostafavi further referred to the responsibilities of the OIC in respect to the shared causes of Muslim nations and urged Turkish President Edogan, as the current head of the organization, to “act against racism, racial discrimination, and apartheid practiced by the Zionist regime.”