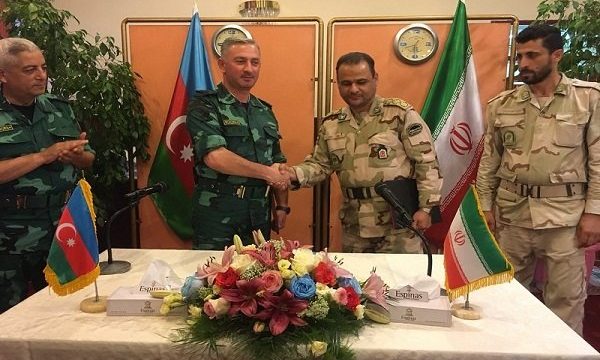 MNA – A Memorandum of Understanding has been signed between Iran’s Astara and Azerbaijan’s Lankaran border forces to put up a concrete wall along Astarachay river, said Colonel Nozar Moradi.

The commander of Astara border made the remarks after signing the MoU on Tuesday in Astara.

The wall is aimed to prevent seasonal floods which annually damage some villages along this border line, he added.

According to the MoU, the building process of this 600-meters concrete wall will begin from the next week, the Colonel said, adding that some 1,800 meters of this wall has already been built.

He went on to say that four main points of Astarachay river has been dredged up in the previous [Iranian calendar] year 1396 (March 2017-March2018) to decrease the intensity of floods.

The complete security of the Astara border strip is the result of the cooperation of border guards and citizens in both countries, Moradi highlighted.

Astrachay is a small river which defines part of the border between Iran and Azerbaijan. The river stems from northwestern Alborz Mountain Range and ends its 38 km journey in the Caspian Sea.