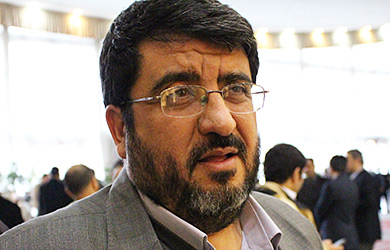 IRNA – What happened during US Secretary of State anti-Iran speech on July 22 has revealed the contradiction between the American officials’ words and their actions, said an Iranian political analyst.

“What Mike Pompeo said in Ronald Reagan presidential library was not new. The only noteworthy element was the objection of an American woman to his remarks that led to her expulsion from the hall,” said Fouad Izadi, Assistant Professor at University of Tehran.

Pompeo’s heated speech against the Iranian government and officials in Ronald Reagan presidential library Sunday evening was interrupted when a woman loudly protested against US president’s immigration policies that led to the separation of helpless children from their parents at the border. She was later expelled from the meeting.

“The woman criticized the policy of separating migrant children from their mothers while part of Pompeo’s speech was on human rights and freedom of speech status in Iran,” Izadi said in an interview to the Islamic Republic News Agency (IRNA).

He added that the way the protesting woman was treated after she shouted ‘think about the children,’ has revealed that the Americans’ actions contradict their words.

Pompeo Sunday accused Iran’s government of abusing the country’s people and revenues and also for the so-called lack of freedom of speech in Iran.

‘The US is seeking Iran’s disintegration and collapse,’ he said adding that the Americans’ moves are not only aimed at regime change in Iran, rather their goals are creating chaos and turning Iran into a second Syria or Libya by waging civil war.

According to Izadi, the US takes its measures based on forecast made by the terrorist group of Mujahedin Khalq Organization (MKO).

For the past 40 years, the terrorist group have been forecasting the fall of the Islamic Republic of Iran, but all those predictions have been proved wrong, said the Iranian analyst.

It is regrettable that a country such as US has been influenced by the analyses of such terrorist group, Izadi concluded.