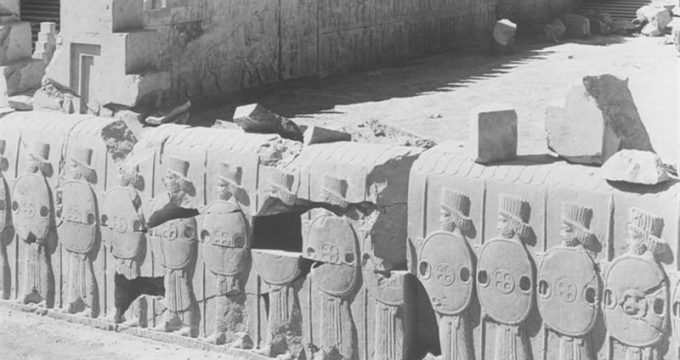 US judge orders return of ancient limestone relief to Iran

The New York Times – A New York Supreme Court judge on Monday ordered a Persian bas-relief dating to approximately 500 B.C. to be returned to Iran, the country from which authorities say it was stolen more than 80 years ago.

The bas-relief, which depicts a Persian guard, was seized in October by investigators for the Manhattan district attorney’s office from the Park Avenue Armory, where it was being offered for sale at an art fair.

As part of the ensuing negotiations, the two London-based owners of the relief agreed to surrender the item, valued at $1.2 million. Investigators say the item was reported stolen from Tehran in 1936, and then was stolen a second time, in 2011, from the Montreal Museum of Fine Arts, to which it had been donated decades earlier.

In court papers, the district attorney’s office argued that no one can be a good-faith purchaser of a stolen work.

Rupert Wace, a well-known dealer in antiquities in London, and his partner, Sam Fogg, have said they acquired the work legally from the Montreal museum’s insurance company. But after investigators laid out a lengthy and detailed timeline they said showed that the item was in fact stolen, the men signed court papers agreeing to the surrender.

At the time of the seizure, Mr. Wace had said in an email, “This work of art has been well known to scholars and has a history that spans almost 70 years.” He had added that he and Mr. Fogg were “simply flabbergasted at what has occurred.”

The bas-relief is an eight-inch-square piece of carved limestone that was part of a long line of soldiers depicted on a balustrade at the central building on the Persepolis site. It dates to the Achaemenid dynasty — or the First Persian Empire — and experts said it was made sometime between 510 and 330 B.C., when Persepolis was sacked by Alexander the Great.

The district attorney’s office has made investigating looted antiquities a priority in recent years and even created a new squad devoted to that mission last year. Aided by forensic researchers and legal specialists, the office has pieced together the histories of dozens of illicit items that arrived in New York for sale.

In fact, even as the court was ruling on the return of the Persian piece, the office was filing paperwork in court in a separate case in which it asks for the return of a second antiquity it says was looted — a head of Alexander the Great excavated from the site of the Roman Forum in the early 1900s. Prosecutors said the item was stolen from the Forense Museum in Rome sometime before 1959. After a serpentine journey across several European borders, the object made its way to New York. in February, it was seized from the Alan Safani Gallery in Manhattan, which had purchased it last year from a London gallery.

Mr. Safani’s lawyer, David Schoen, said his client had bought the piece, which has been advertised by reputable dealers, in good faith. “Mr. Safani in every way acted commendably in this case,” he said, “and engaged in reasonable inquiry” as to the provenance of the bust.

That bust dates to as early as 300 B.C. and investigators said in their filing that it lacks the kind of documents that normally accompany ancient artifacts when they leave Italy. It turned up at auction at Sotheby’s in 1974, and was sold there again in 2011.

“Experience tells us that this is exactly what the black market in looted antiquities always looks like,” prosecutors said in their filing. “A disappearance from a source country and then a miraculous reappearance many years later in a market country with no paperwork, followed by a questionable sale designed to create an ownership history.”