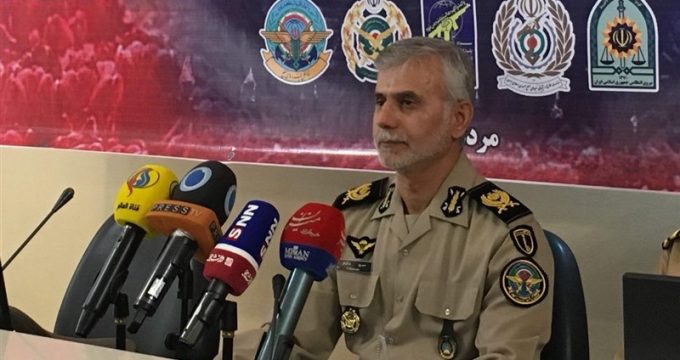 Tasnim – The head of the Iranian Armed Forces General Staff’s Training Department said a number of teams from the country’s Army, Islamic Revolution Guards Corps (IRGC), and Law Enforcement are planned to attend the International Army Games in Russia.

Speaking to reporters at a press conference in Tehran on Monday, General Hossein Shokouhi said the Army Games 2018 will be co-organized by Russia and several other countries.

“Our teams comprise (officers from) the Army, IRGC and Law Enforcement,” he said, adding that all capacities of the organizations will be used in the competitions.

According to the commander, Iran has joined the host countries this year.

On Sunday, the Russian Navy’s combined diving team arrived in Iran’s northern city of Nowshahr to participate in the Depth 2018, due to be held in early August as part of the Army Games 2018.

In the tournament, the participating teams will compete with each other from August 1 for 10 days at the Imam Khomeini University of Nowshahr.

More than 1,200 soldiers from 22 countries participated in the military games in Russia in 2017.