A Look at Iranian Newspaper Front Pages on July 23

Iran Front Page – IFP has taken a look at the front pages of Iranian newspapers on Monday, July 23, 2018, and picked headlines from 18 of them. IFP has simply translated the headlines and does not vouch for their accuracy.

All papers today covered the harsh comments by President Hassan Rouhani against the US and its president, Donald Trump, who has threatened to cut Iran’s oil exports in coming months.

Also a top story was US Secretary of State Mike Pompeo’s Sunday night address to a group of Iranian-American citizens of California, which was responded to by a huge number of tweets by Iranian people with the hashtag “StopMeddlingInIran”.

1- Rouhani: We Don’t Seek War with Anybody 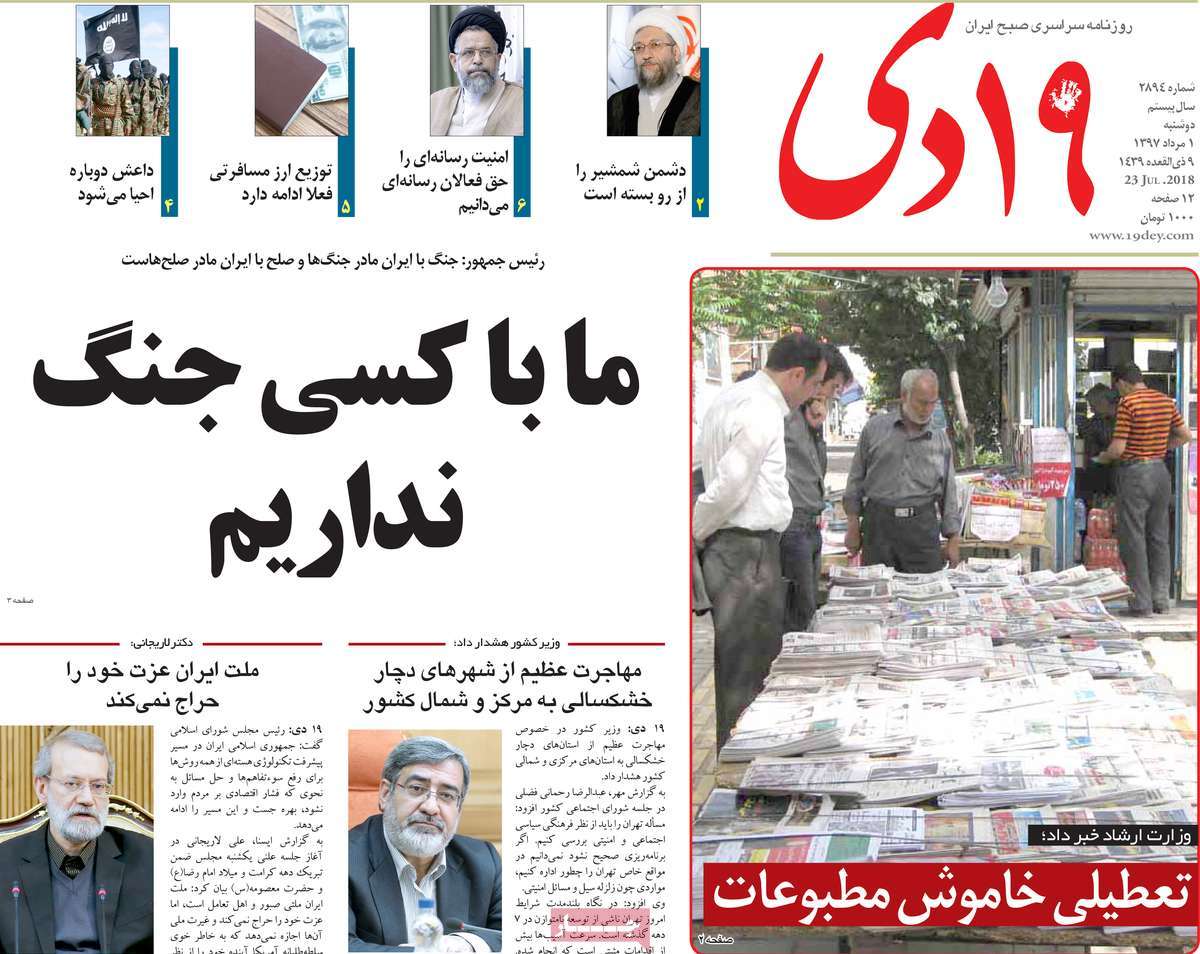 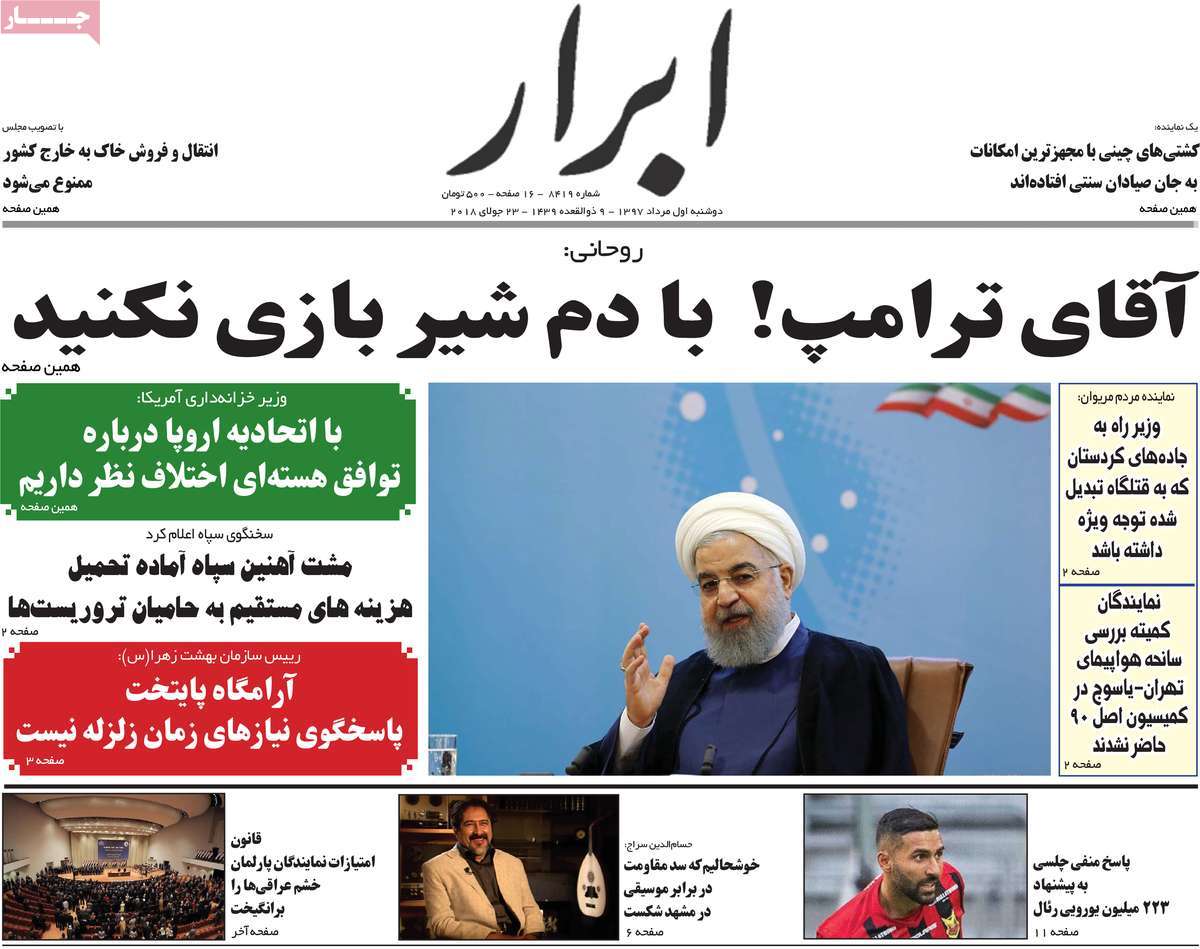 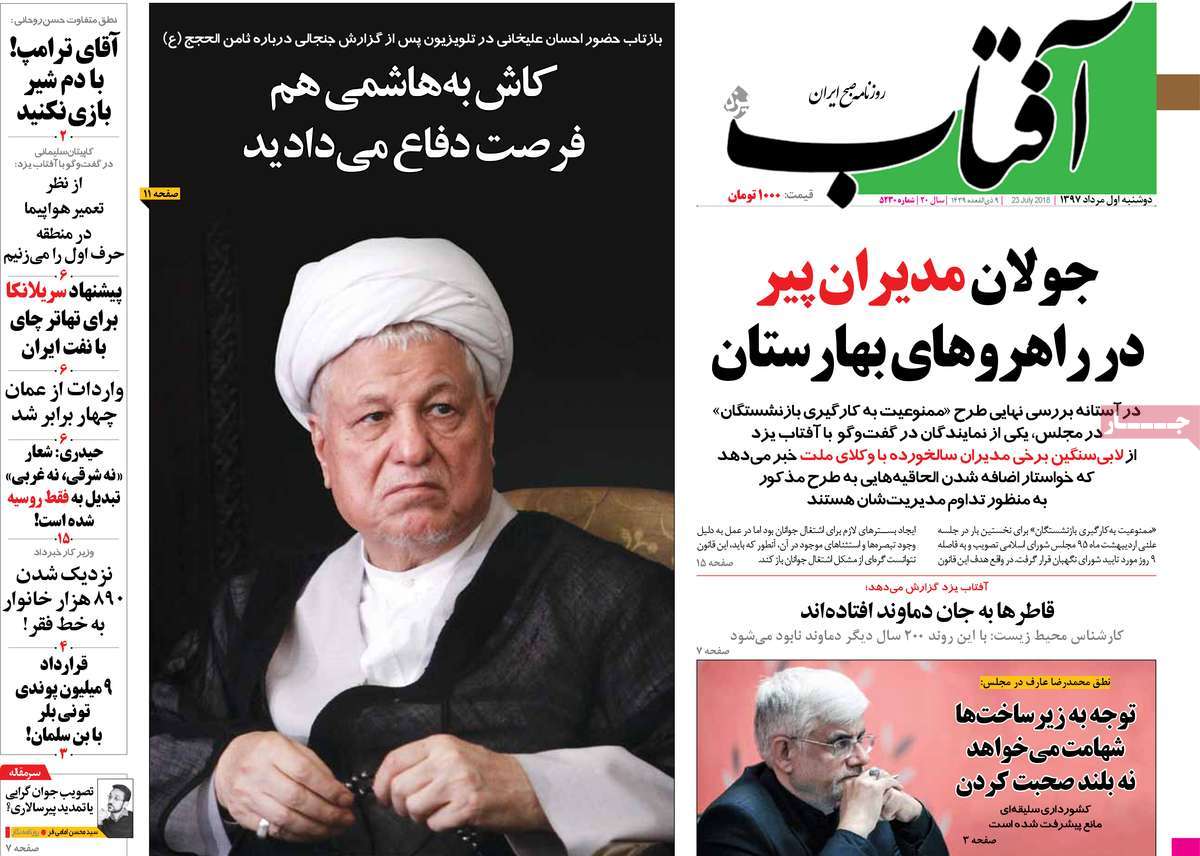 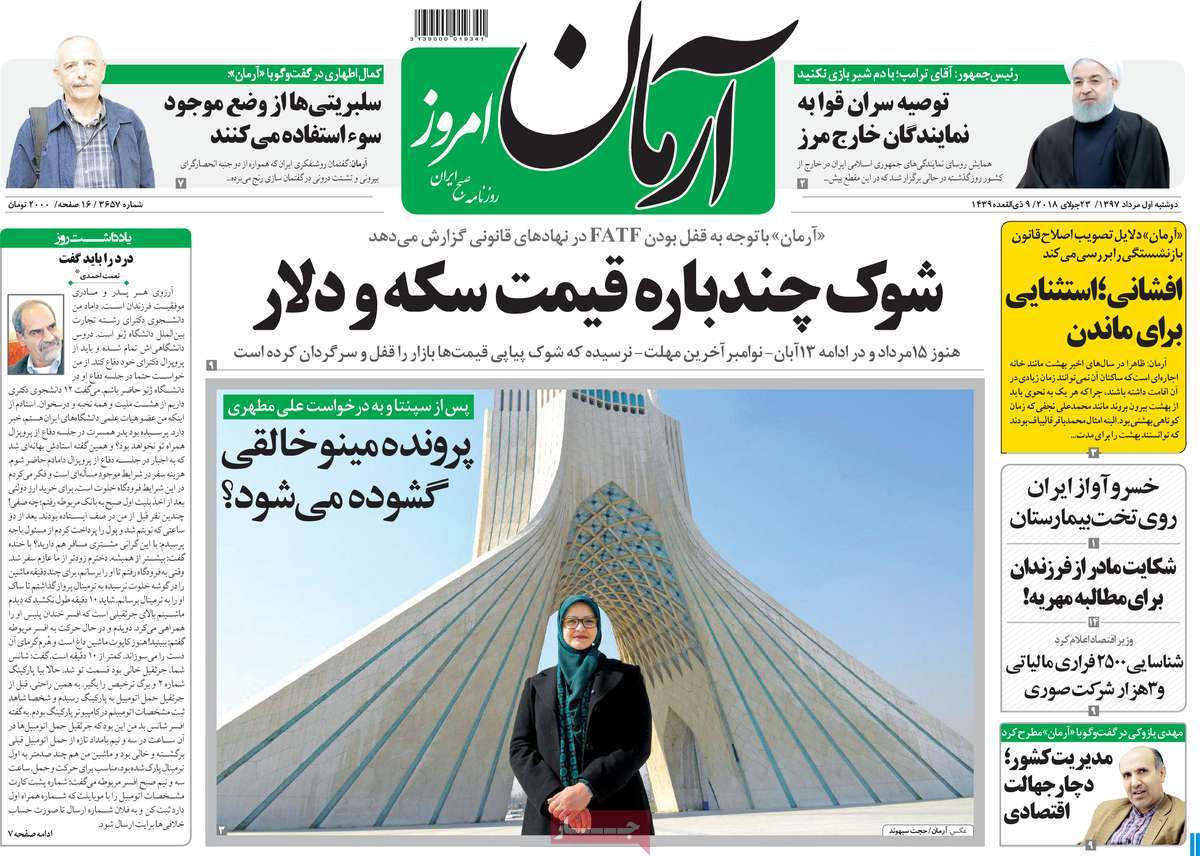 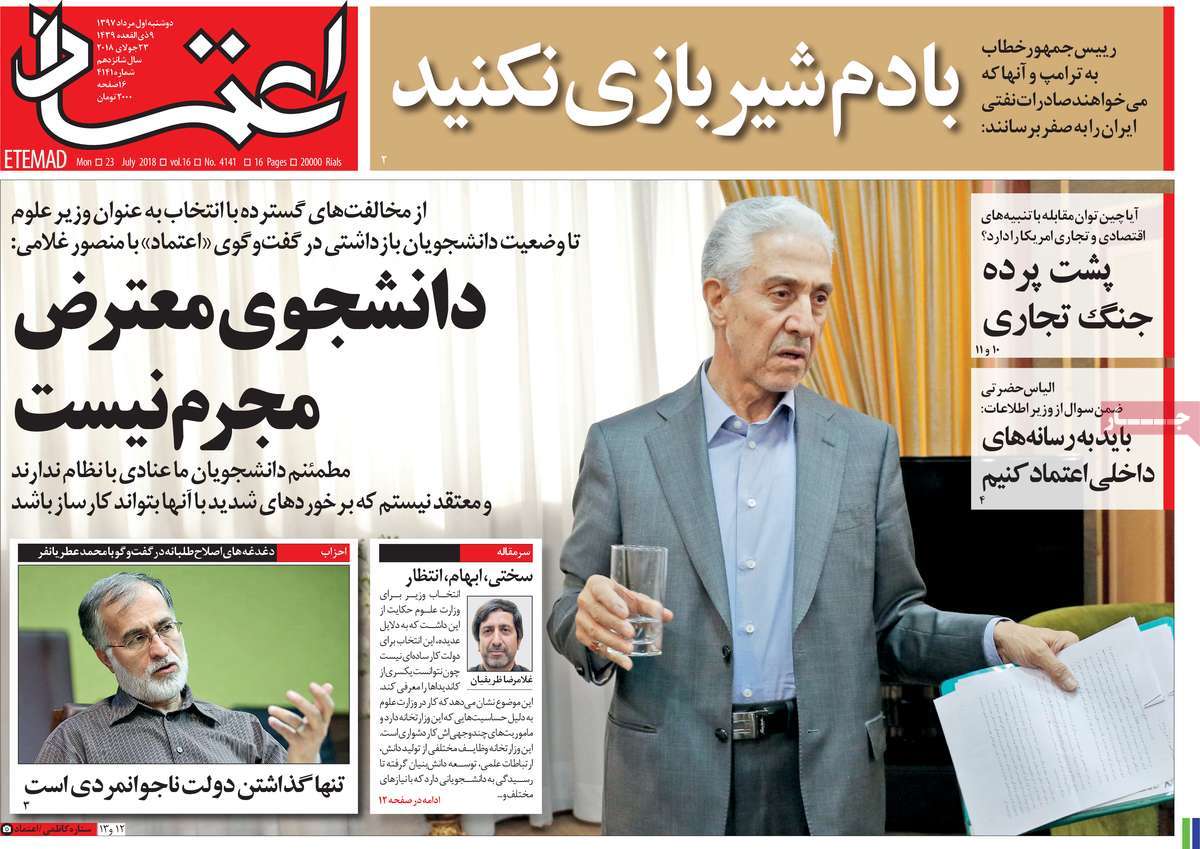 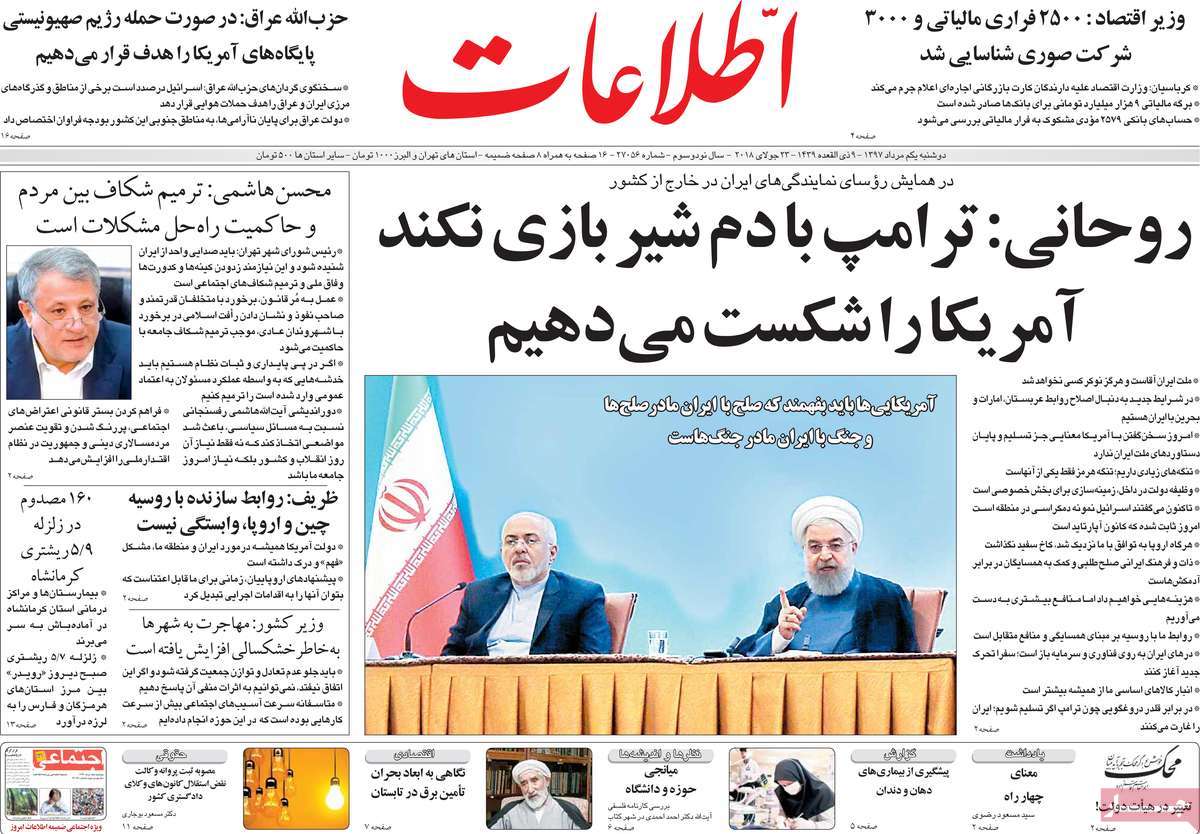 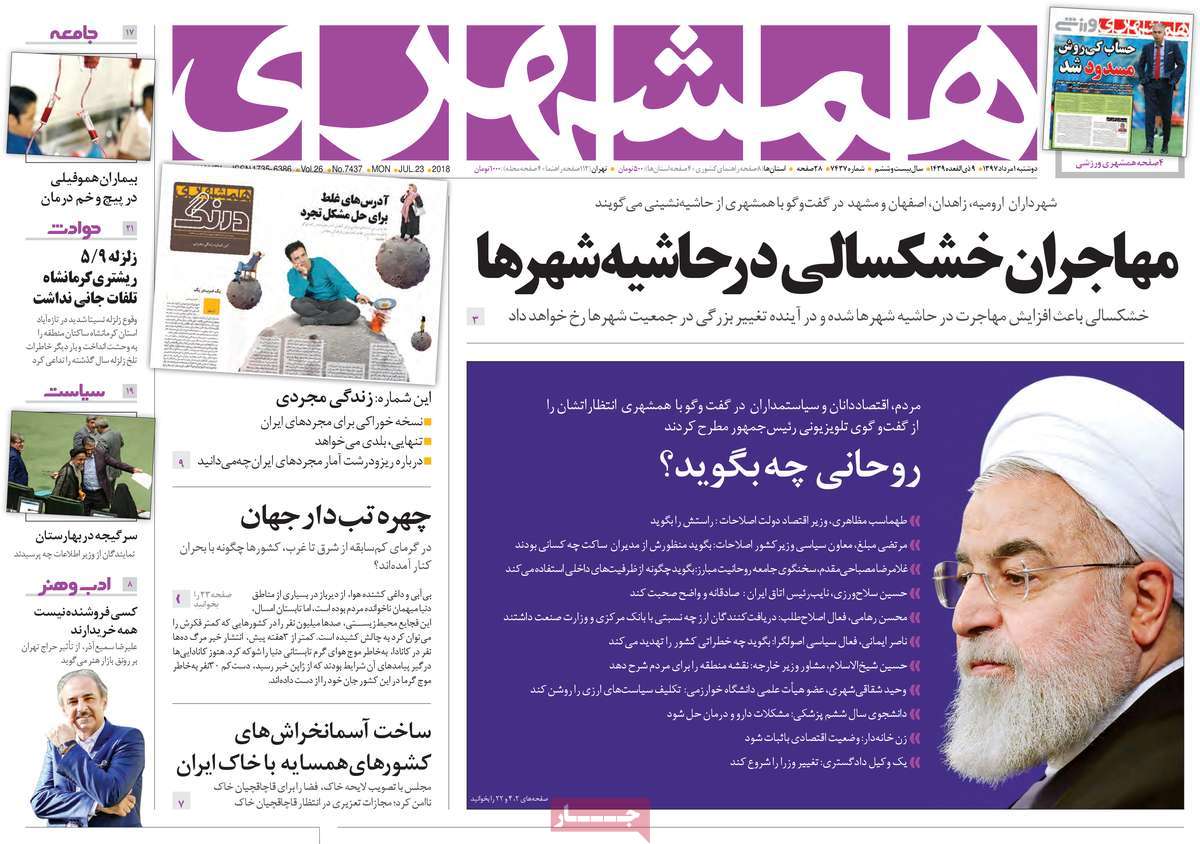 1- Rouhani: We Seek to Improve Our Ties with Saudi Arabia, UAE, Bahrain 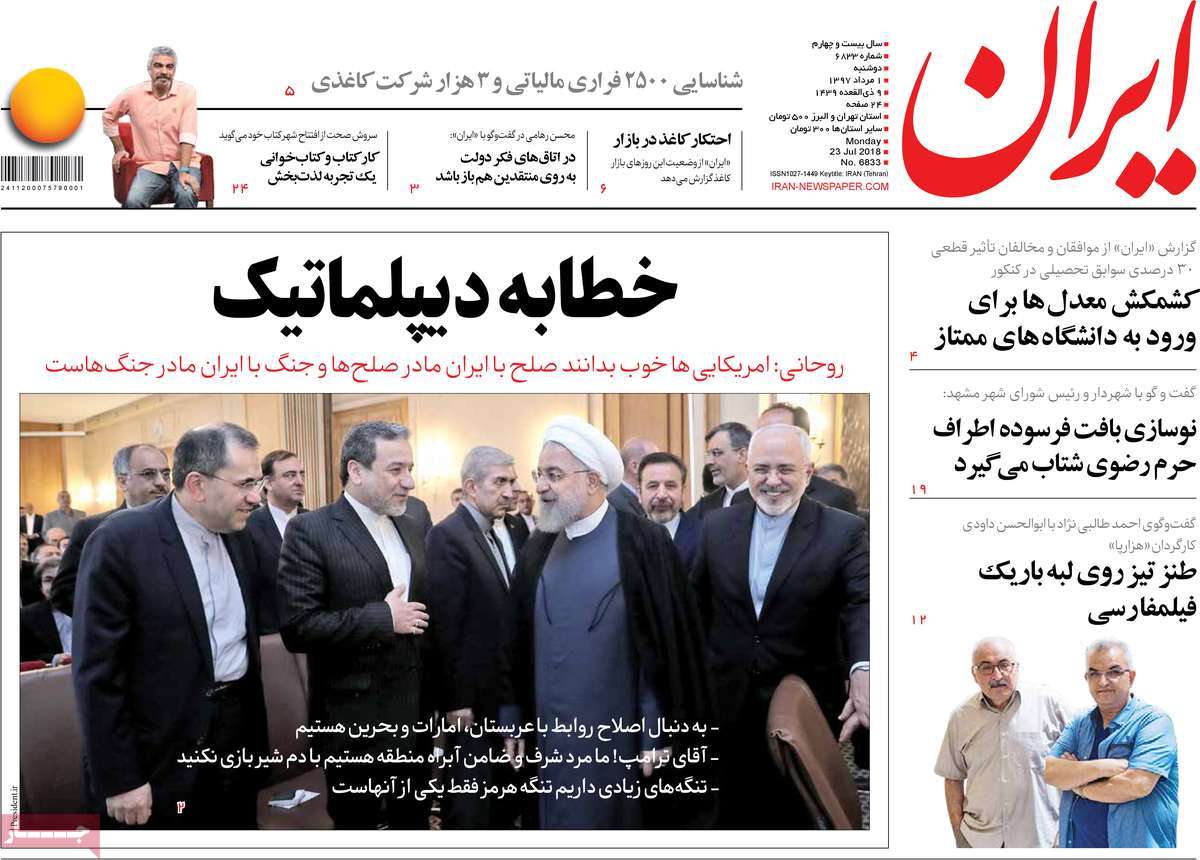 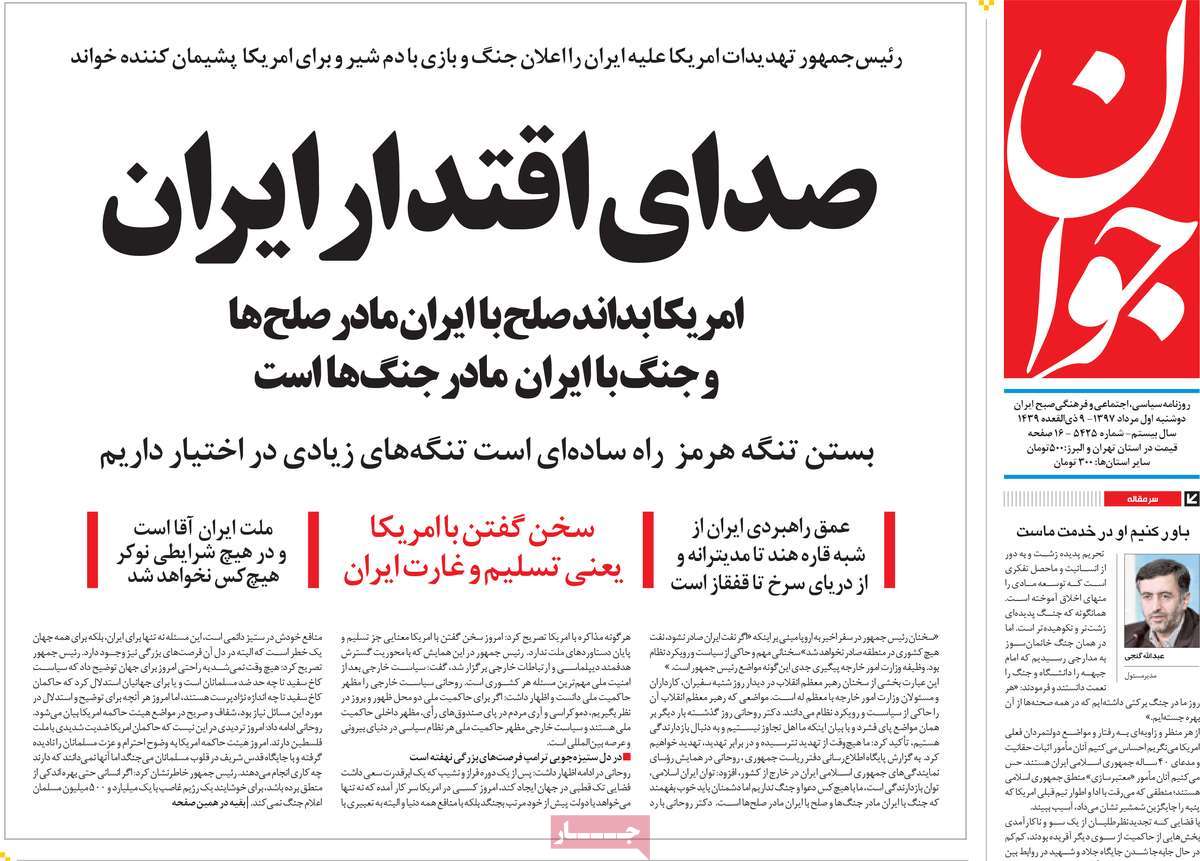 1- Rouhani: Peace with Iran Mother of All Peace 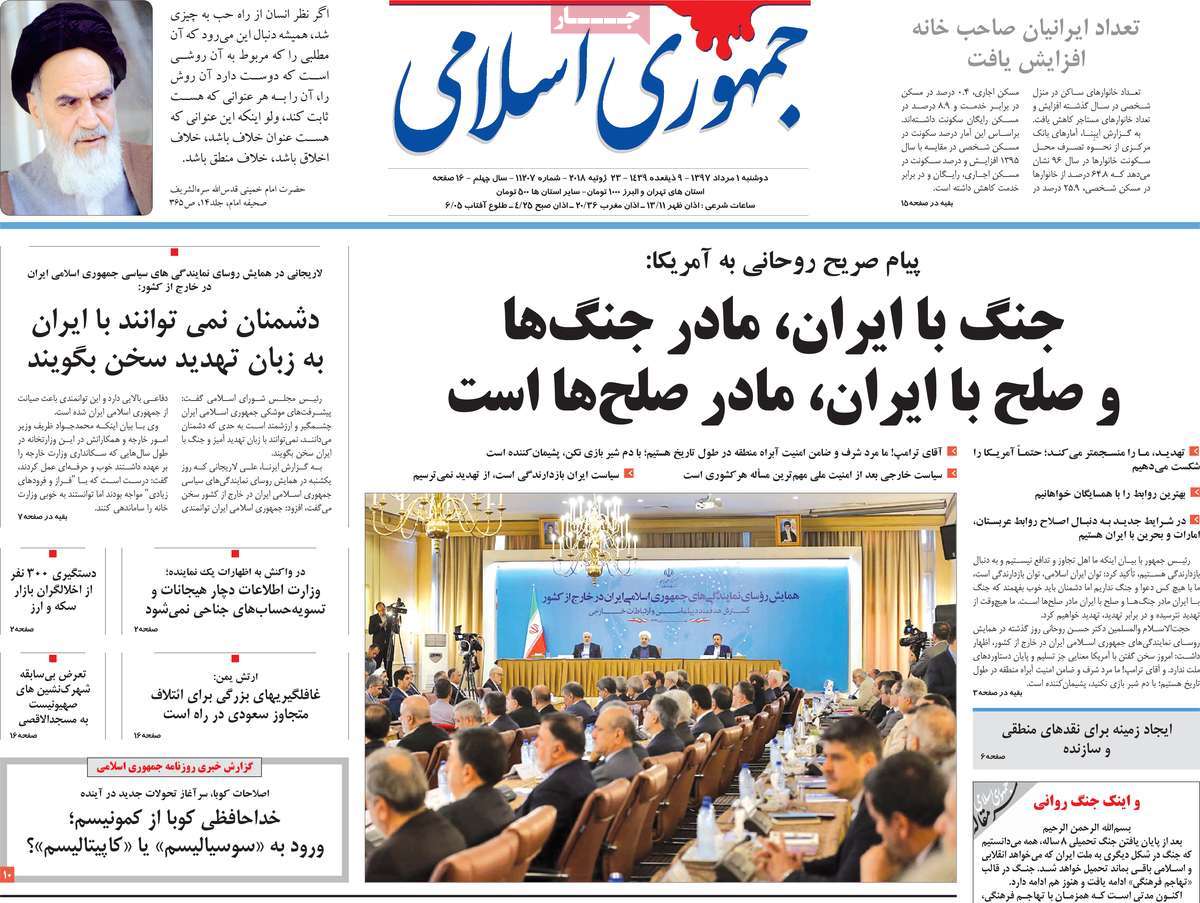 1- FATF Chief Tasked with Imposing US Sanctions against Iran 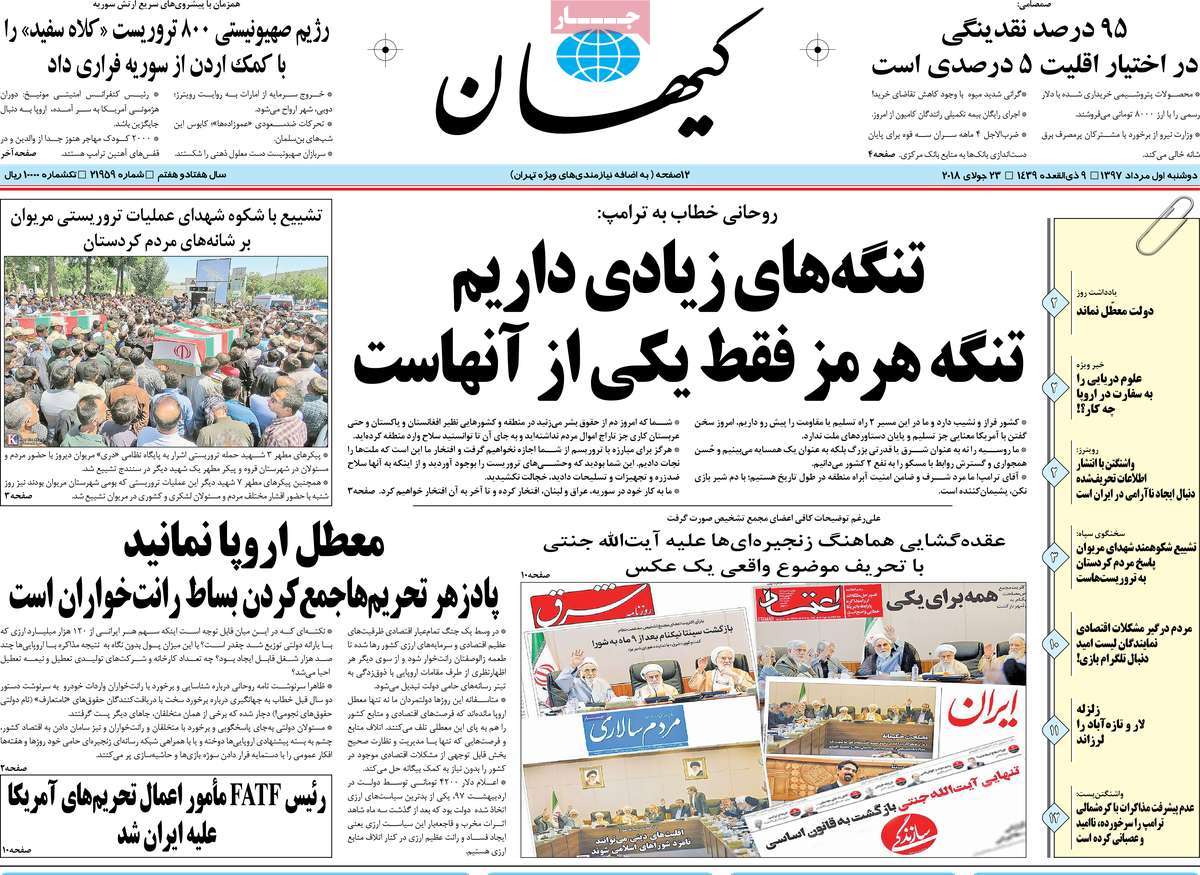 1- Reuters Discloses US’ Organised Efforts to Create Dissatisfaction in Iran 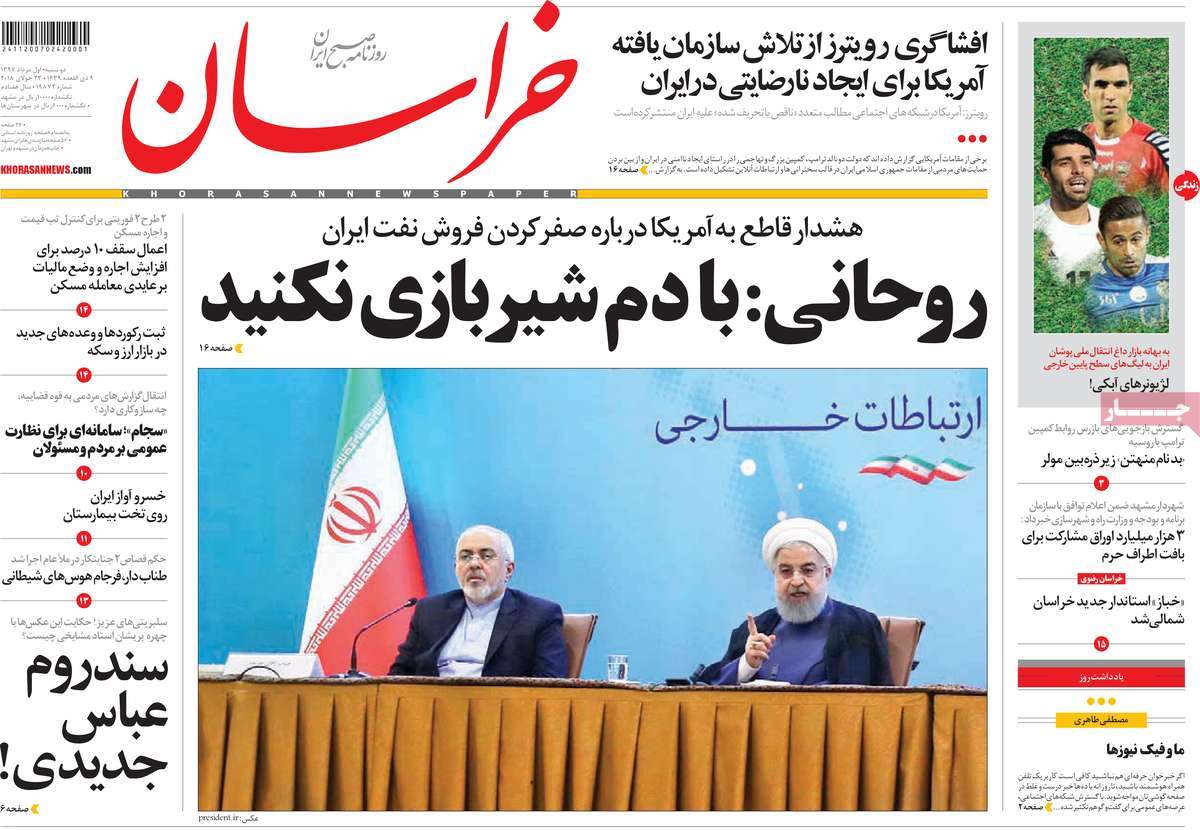 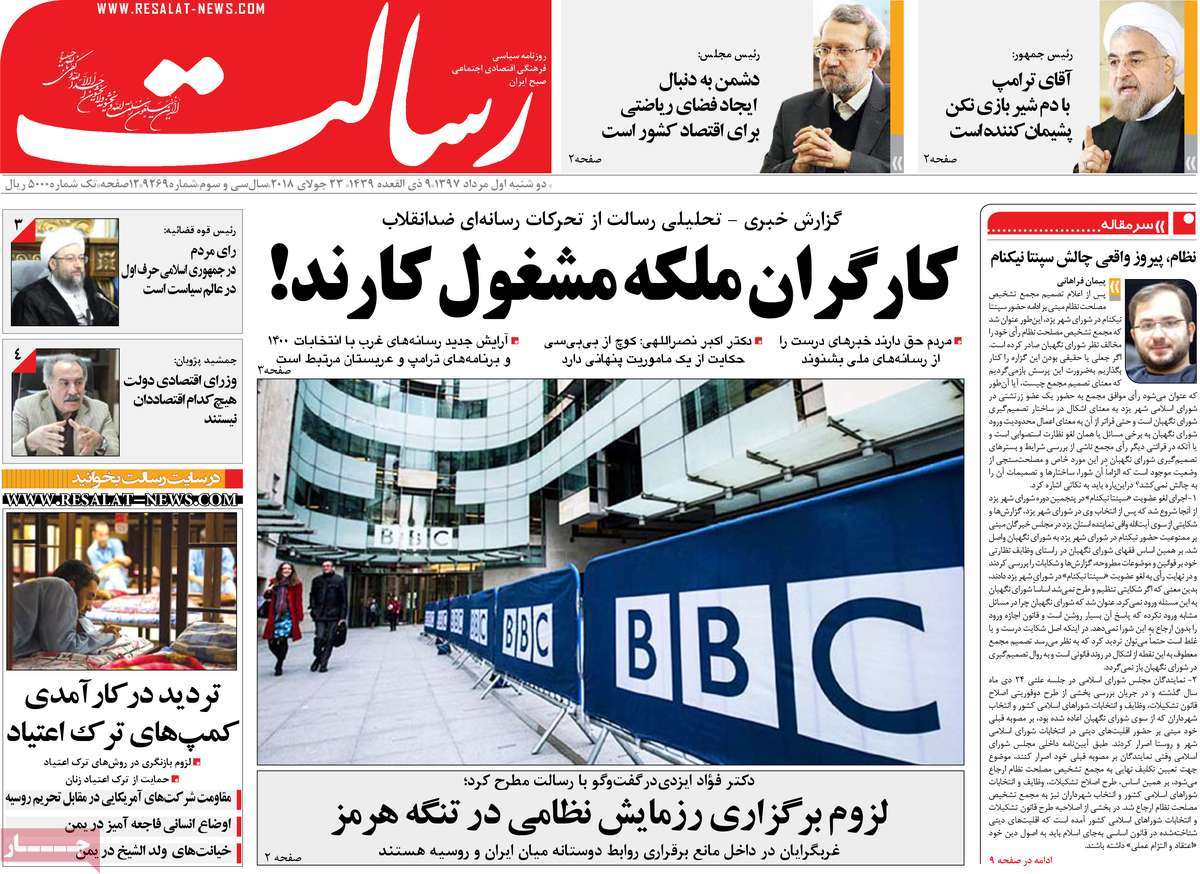 1- Larijani: Iranian People Not to Sell Their Honour 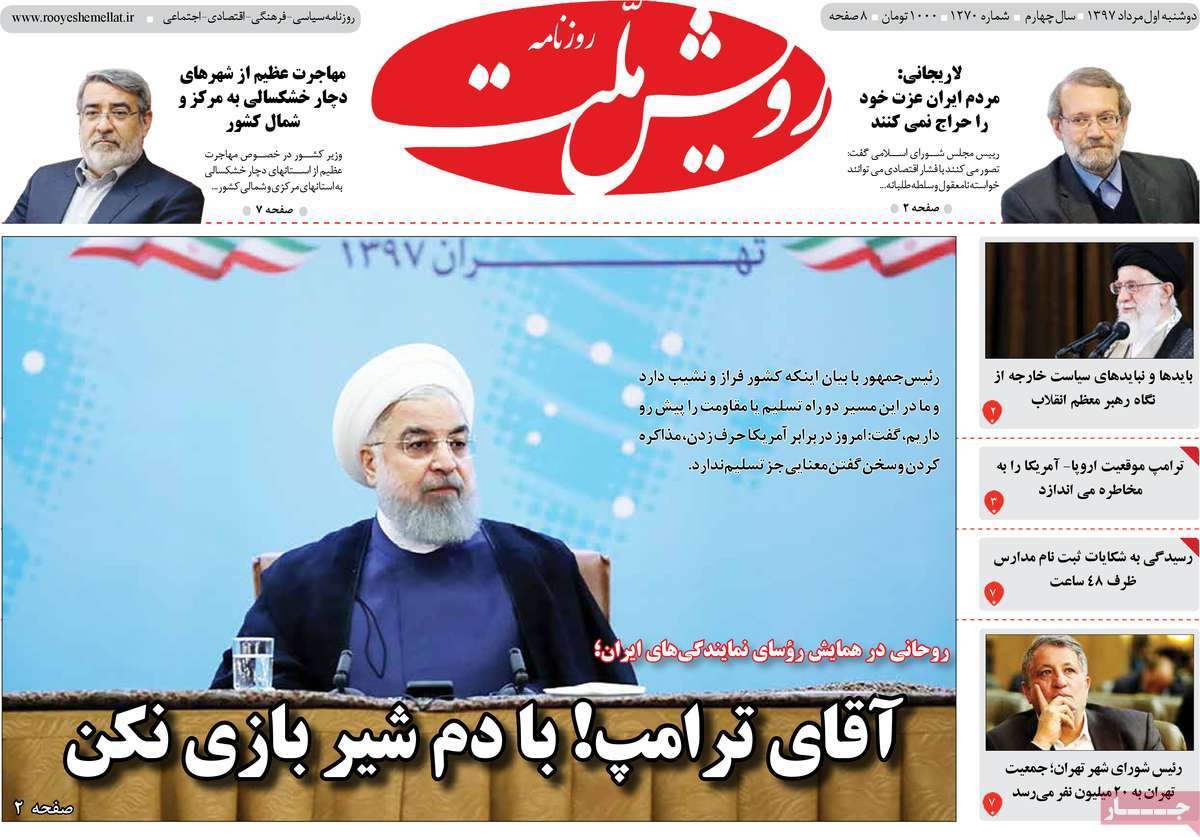 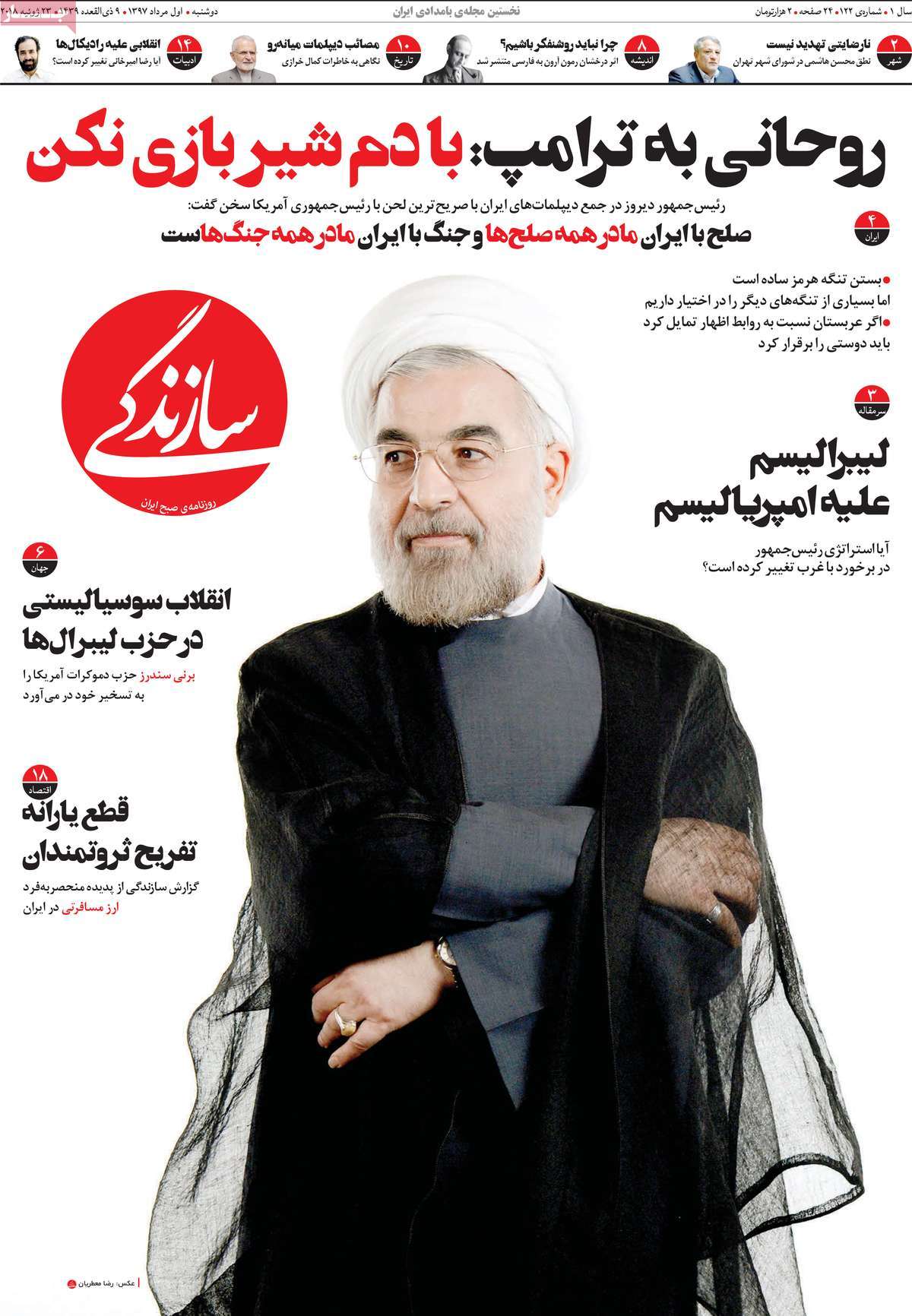 1- Rouhani: War with Iran Mother of All Wars 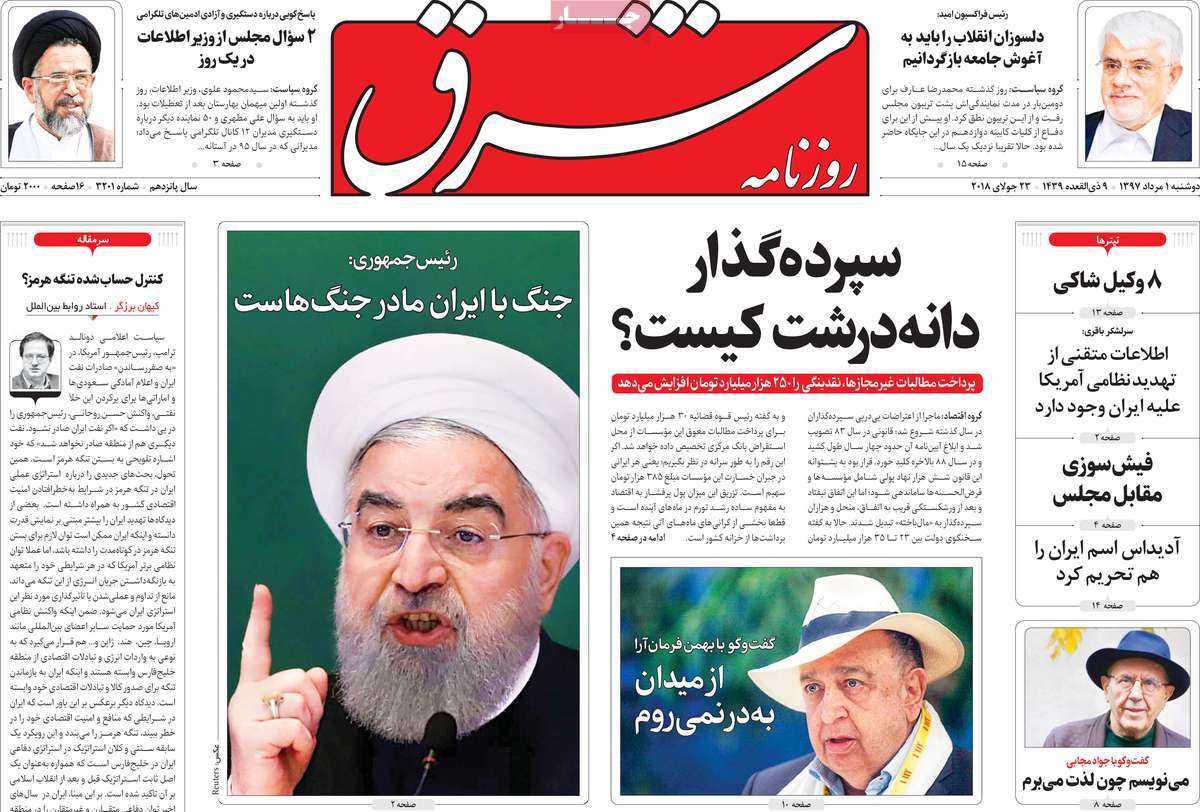 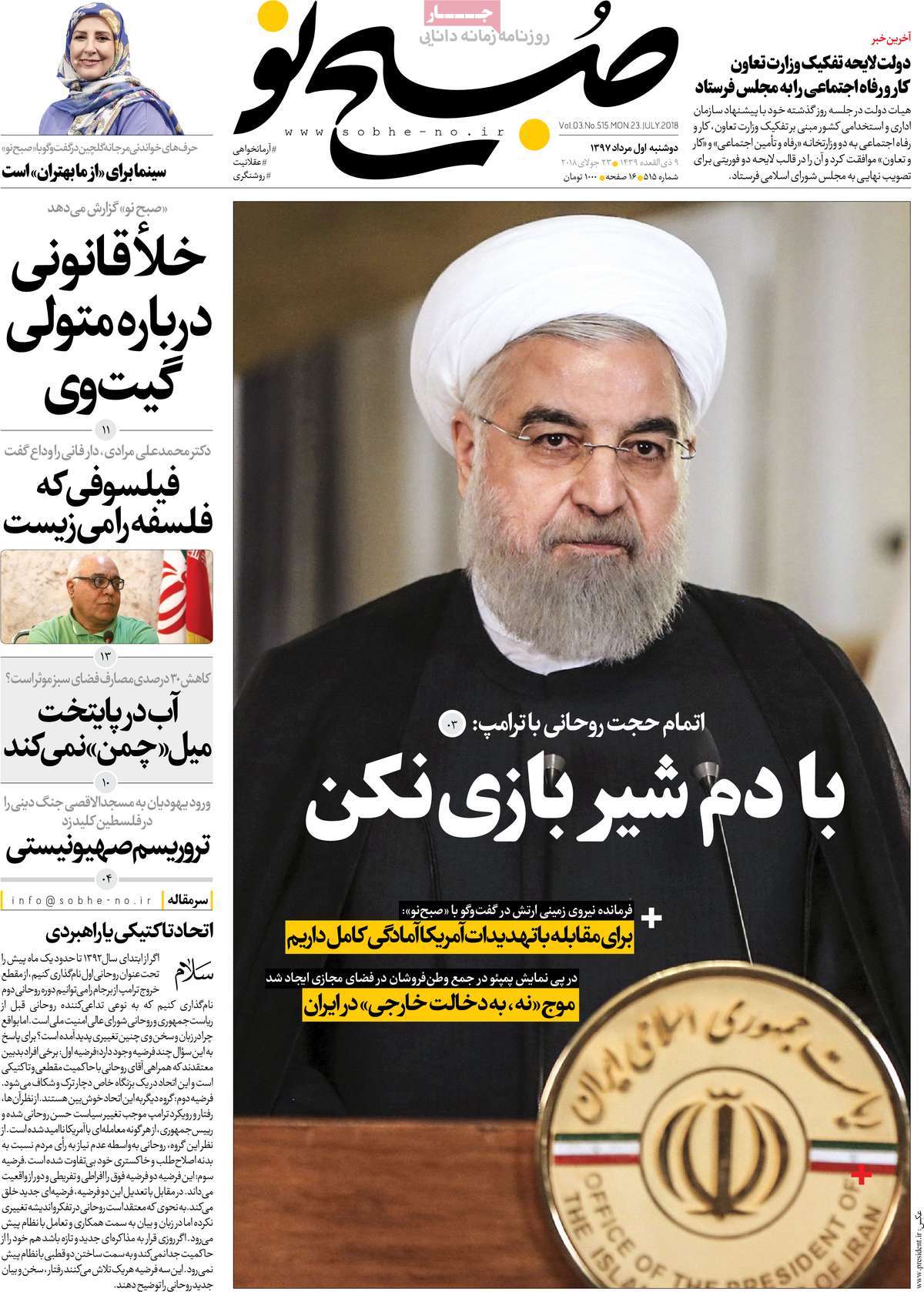