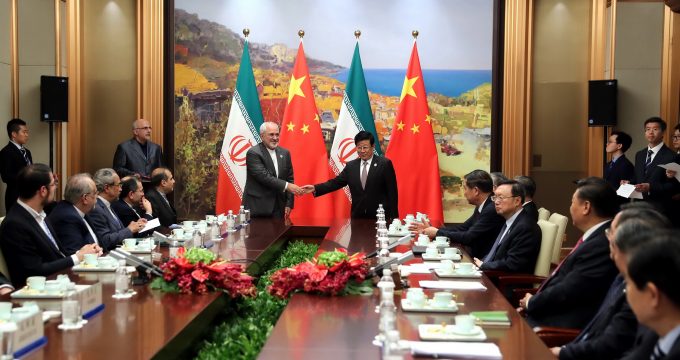 Foreign Affairs | Dina Esfandiary and Ariane M. Tabatabai: In May, President Donald Trump announced that he was pulling the United States out of the Iran nuclear deal. A few weeks later, U.S. Secretary of State Mike Pompeo outlined the administration’s aggressive new Iran policy, which was designed to prevent the country’s emergence from isolation. This strategy, the Trump administration believes, will force Iran to return to the table and make a “bigger and better” deal that addresses the president’s concerns with the existing agreement. For Tehran, a full economic recovery and renewed ties with Western countries now seem unlikely. But this doesn’t mean that the Trump administration’s plans will succeed.

For the better part of two decades, Iran’s leadership has been hedging against international isolation by developing deeper ties with China and Russia. Today, as Washington once again seeks to tighten the screws, Tehran sees its relationship with Beijing as key to remaining afloat. China has announced it will likely continue importing oil from Iran, even after the United States moves to cut down Iranian oil sales down to zero by November. And Chinese engagement with Iran might pave the ground for others to follow suit, which would undermine the new U.S. pressure campaign.

Chinese officials often characterize their relationship with Iran as “20 centuries of cooperation,” but the two countries’ contemporary partnership began in the final days of monarchical rule in Iran. In August 1978, the chair of the Chinese Communist Party (CCP), Hua Guofeng, traveled to Iran—the first time that a Chinese communist leader visited a non-communist country. Although the Islamic revolution toppled Shah Mohammad Reza Pahlavi just a few months later, Hua established a basis for cooperation that would outlast the shah. After the revolution, Hua quickly made amends with the new regime by apologizing for his earlier visit and expressing his desire for greater ties with the Islamic Republic. After the Iran hostage crisis and the country’s subsequent international isolation, China became a vital partner.