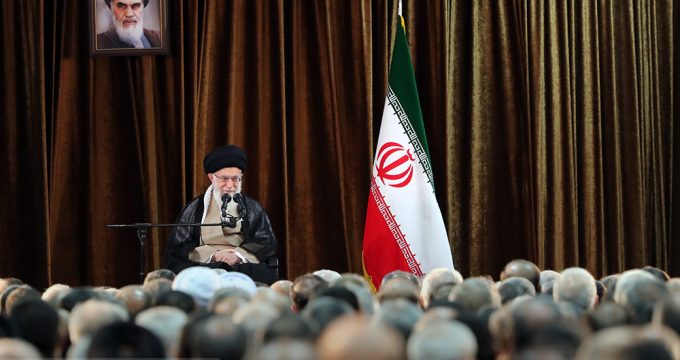 Weekly report: Ayatollah Khamenei: Talks with US ‘useless’ but should continue with EU

Iranian Foreign Minister Mohammad Javad Zarif says a historic nuclear agreement Tehran signed with the P5+1 group of countries in 2015 is still a “triumph of multilateral diplomacy” even after the US pullout from the agreement.

Head of Iran’s Foreign Policy Strategic Council Kamal Kharrazi asserted that reliable sources have confirmed that after the defeat in Syria and Iraq, terrorist groups are sent to other places, especially Afghanistan and North Africa.

Europeans must give necessary guarantees on JCPOA: Ayatollah Khamenei
Leader of the Islamic Revolution Ayatollah Seyyed Ali Khamenei says European signatories to the nuclear deal with Iran, known as the Joint Comprehensive Plan of Action (JCPOA), must provide Tehran with necessary guarantees about the continued implementation of the deal.

Speaking at a cabinet meeting on Sunday evening, President Rouhani emphasized appreciated Ayatollah Khamenei’s guidelines on handling the economy in the face of US sanctions.

As the time for Abrahamic rituals of Hajj approaches— the time when people leave for Mecca to perform Hajj— organizers and officials of Iran’s Hajj organization met with the Leader of the Revolution, Ayatollah Khamenei, this morning (Monday) July 16, 2018.

Iran sues US for 1955 Treaty of Amity

Iranian Foreign Ministry Spokesman Bahram Ghasemi says the complaint that Tehran has filed against the US is due to Washington’s breach of its international commitments, particularly the 1955 Treaty of Amity.

ICJ confirms Iran’s lawsuit against US over re-imposing sanctions

The International Court of Justice has confirmed Iran’s filling of a lawsuit against the United States over its re-imposing sanctions against the Islamic Republic.

Iran appoints woman as envoy to Finland
Parvin Farshchi has been appointed as Iran’s ambassador to Finland as the second female envoy in the history of the Islamic Republic.

Vaezi: Trump made 8 requests for meeting Rouhani in NY

US President Donald Trump had requested a meeting with President Rouhani ‘eight times’ on the sidelines of the UN General Assembly in Sep., according to Rouhani’s chief of staff Mahmoud Vaezi.

10 IRGC forces martyred in conflict by terrorists in Marivan

The Hamza Sayyid al-Shuhada’ Base of the Corps of the IRGC Ground Forces said Sat. that counter-revolutionary terrorists attacked a IRGC base in Marivan in Kurdistan province last night killing and wounding dozens.

Leader of the Islamic Revolution Ayatollah Seyyed Ali Khamenei says talks with the US are “useless,” adding while negotiations with the Europeans should continue, Iran should not count much on their package of proposals.

The Expediency Council has approved a reform bill on candidacy of religious minorities for the city and village council elections, thus allowing suspended Zoroastrian city councilor Sepanta Niknam to run for office.

China’s largest independent oil refinery has stopped buying crude from the United States, switching to Iranian oil purchases, amid a trade war with the US and despite American attempts to dissuade other countries from purchasing crude from Iran.

ATR CEO Christian Scherer is “reasonably optimistic” the turboprop manufacturer can resolve the issues around new Iran sanctions and its pending deliveries to Iran Air.

S Korea seeks waiver from US sanctions on Iran

In the wake of the US’ withdrawal from the 2015 nuclear agreement with Iran and moves to resume sanctions against Tehran, Seoul held a second round of talks with Washington seeking a waiver from halting imports of Iranian oil, Yonhap news reported.

Iranian holding company MAPNA Group voiced readiness to take over a project on development of the country’s South Pars gas field as French company Total has backed out of its contract with Iran for fear of the US sanctions.

Bolton: US to stay in Syria as long as Iran is there

US National Security Adviser John Bolton says Washington has no plans to end its military presence in Syria, signaling an about-face in President Donald Trump’s plans to pull out troops from the Arab country.

Iraqi police say around 250 people have gathered at the main entrance to a major oilfield near the Iraqi city of Basra for a second week to protest alleged government corruption and poor public services in southern cities.

Saudi Arabia’s ground and air attacks on Yemen’s Hudaydah have displaced some 35,000 families so far, says the UN.

United Nations High Commissioner for Refugees (UNHCR) says an estimated 750,000 internally displaced persons (IDPs) in Syria returned to their homes in the first half of the current year, adding that the figure equals the amount for all of last year.

UN Secretary General Antonio Guterres has called on Israel to avoid further inflaming the situation in the Gaza Strip.

The historical Shah Abbasi caravansary sitting in Karaj, Alborz Province, opened to the general public on Monday during a ceremony attended by government officials.

Iran has dispatched two firefighting helicopters to Iraq to assist in extinguishing a fire in Hoor al-Azim lagoon in the Arab country, an official said Friday.

Iran international winger Alireza Jahanbakhsh has been linked with a move to Brighton and Hove Albion.

The screening schedules for Spanish-language psychological thriller ‘Everybody Knows’, directed by Iranian filmmaker Asghar Farhadi, have been announced in various countries and film festivals across the world.