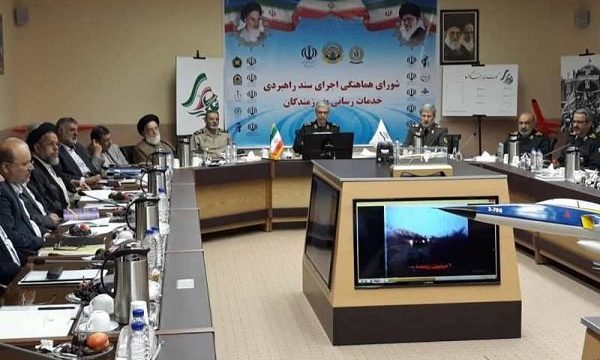 Top military official: US govt. has recently pushed for attacks on Iran

MNA – Chief of General Staff of Iranian Armed Forces Major General Mohammad Hossein Bagheri says the Islamic Republic of Iran is under the harshest sanctions, threats and pressures, adding that the enemy’s behavior is unpredictable.

“Although the current ruthless US administration does not militarily threaten Iran in public, there is credible information that it has been attempting to force US Army to conduct attacks [against Iranian positions] over the past year and a half, and this has been publicly acknowledged by the American authorities so far,” Major General Mohammad Hossein Bagheri said on Sunday in a meeting in Tehran attended by senior military officials.

Major General Bagheri continued “what happens in the future is not predictable at all. What is clear is that the enemy is for the most part targeting the country’s economy through creating economic problems, but there could be a variety of threats and scenarios [against us].”

The Iranian top soldier went on to call on all walks of Iranian nation, especially the armed forces to support the Islamic Establishment and defend the country’s security.

Bagheri praised the Iranian people for their support for their government, stressing that the support will continue as the establishment is based on people’s will.