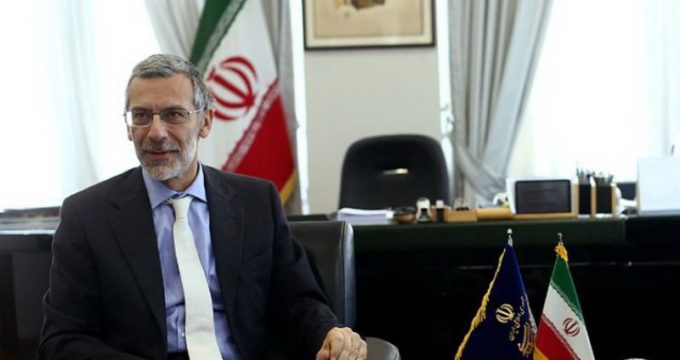 IRNA – Italy’s Ambassador to Tehran said that his country is determined to keep its economic relations and cooperation with Iran.

Mauro Conciatori told the Islamic Republic News Agency (IRNA) that Iran and Italy in current situation should try to make new arrangements to save their 5-billion-dollar strong economic cooperation.

He made a reference to the US withdrawal from the nuclear deal Washington and other permanent members of the UN Security Council signed with Iran in 2015.

Under the deal Iran agreed to curb its nuclear program in exchange for some relief in economic sanctions.

However, the US President Donald Trump in May decided to pull out of the deal, calling it the worst agreement Washington has ever singed.

US has urged its allies to halt their oil imports from Iran by November 4. The decision has prompted some major customers of Iran crude, such as South Korean and India, to explore ways for escaping the demand.

“We are working on the arrangements,” the Italian envoy said, adding that despite concerns over big projects and oil cooperation, Italian small and medium size enterprises (SME) can easily continue their business with Iran.

There are 27 Italian groups participating in this exhibition and it is an indication that they are interested in doing business with Iran, the senior diplomat said in a reference to Iran Liftex Exhibition 2018.

The 7th international Exhibition of Elevators, Industrial & Related Equipment opened on July 19 in Tehran with participation of 90 foreign and 190 domestic firms. The exhibition will run until July 22.

“We are also arranging the operational part of an MoU, as well as trying to find some general technical arrangements on the level of European Union and Iran relations to support it,” he said.

Describing the EU package suggested to Iran as a set of “strategic general Ideas”, the envoy said that now it was necessary to translate the general ideas into concrete procedures.

The work has already started, he said, but it would take some time.

Italian government is giving a strong push towards maintaining economic relations and partnership with Iran in face of the US pressures, he said.