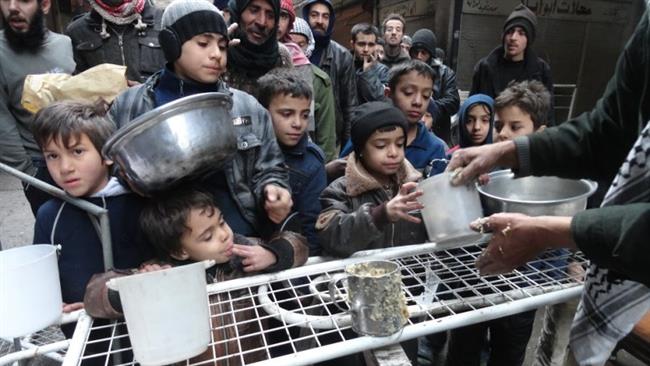 Press TV – United Nations High Commissioner for Refugees (UNHCR) says an estimated 750,000 internally displaced persons (IDPs) in Syria returned to their homes in the first half of the current year, adding that the figure equals the amount for all of last year.

The UN refugee agency announced in a statement on Friday that the repatriations have taken place mostly in areas that Syrian government troops and allied fighters from popular defense groups have liberated from the clutches of foreign-sponsored Takfiri militants in the country’s northern province of Aleppo, central province of Homs as well as the southwestern province of Rif Dimashq.

UNHCR noted that the rate of returns this year has markedly outpaced that of 2017, when an estimated 760,000 people went back to homes they had been forced to run off.

The United Nations agency went on to state that it had “ramped up its capacity inside Syria” in anticipation that larger numbers of internally displaced people would return home in the wake of territorial gains scored by Syrian soldiers and their allies in battles against Takfiri militants.

UNHCR also said nearly 13,000 Syrian refugees in neighboring countries have returned to their homeland through the first half of this year.

The United Nations refugee agency also appealed to all sides in Syria to provide safe passage for 140,000 civilians displaced by fighting in the country’s southwest region so that they can receive humanitarian aid and shelter.

“We urge all parties in Syria to protect and provide safe passage to civilians displaced by the recent fighting in the south of the country. An estimated 140,000 people remain displaced across the southwest and need safe passage out of the area, plus immediate humanitarian assistance, protection and shelter,” UNHCR spokesman Andrej Mahecic said.

The UN official stressed that his agency was ready to discuss with Syria and Russia their plan to set up centers for returning Syrian refugees.

“We have taken note of the Wednesday’s announcement by the Syrian and Russian authorities concerning the setting up of a center in Syria to help refugees who return home.

“UNHCR has not yet seen the details of this plan, but we are ready to engage in discussions about these plans with the government of Syria and the Russian federation. Refugees always have the right to return. UNHCR stresses that any plan that aims to enable refugees to exercise this right must be aligned with international standards, meaning that returns must be voluntary. They need to take place in safe and dignified conditions and need to be sustainable,” Mahecic said.

‘Over 1.7 mn Syrian refugees to return to their homes in near future’

Meanwhile, Head of the Russian National Defense Management Center Colonel General Mikhail Mizintsev said on Friday that roughly two million Syrian refugees are expected to return to their homes in the near future.

“According to preliminary estimates, more than 1.7 million refugees may return to their places of residence in the near future. As many as 76 settlements least affected by hostilities may accommodate 336,500 people, especially those returning from Lebanon and Jordan,” he said.

Mizintsev pointed out that more than 6,900,000 people have left Syria since 2011, and 45 countries are currently hosting the majority of them.

“Most refugees are residing in Syria’s neighboring countries, namely Turkey, Lebanon, Jordan and Iraq,” he noted.

Russia has been helping Syrian forces in an ongoing battle in the province of Dayr al-Zawr as Daesh struggles to keep its last positions in eastern Syria.

The Russian military assistance, which began in September 2015 at the official request of the Syrian government, has proved effective as Syrians continue to recapture key areas from Daesh and other terrorist groups across the country with the backing of Russia’s air cover.

On May 21, the General Command of the Syrian Army and Armed Forces announced in a statement that complete security was restored to Damascus and its countryside after al-Hajar al-Aswad district and al-Yarmouk camp had been totally purged of Daesh terrorists.