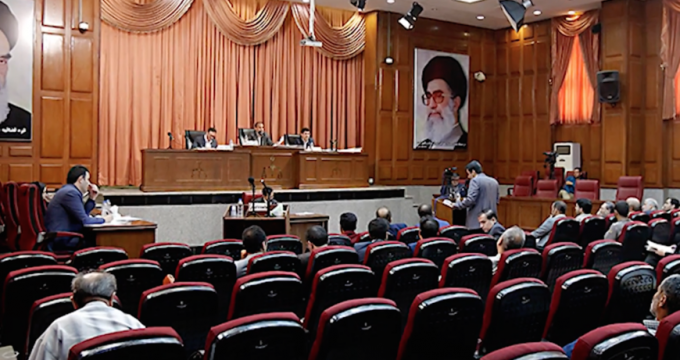 Al-Monitor – Proceedings against the key suspects involved in one of the biggest ever fraud cases in Iran’s history have disclosed fresh details to the public. “Footprints of some celebrities and officials in Samen al-Hojaj case” read the Reformist Shargh daily’s July 18 front page. Samen al-Hojaj is one among several Iranian credit and financial institutions (CFIs) that have closed down due to bankruptcy in the past few years, triggering widespread protests.

Samen al-Hojaj was reportedly founded in 2001 with an initial capital of 63 million rials ($1,444). But in a matter of 14 years, deposits rose to an eye-catching 123 trillion rials ($2.82 billion). Starting from the northeastern city of Sabzevar, the credit and financial institution spread its reach by setting up 489 branches across the country during that same period.

The growth in assets could be explained by the agency’s tempting interest rates that were well beyond the official level approved and set by the Central Bank of Iran. The policy managed to attract depositors ranging from businessmen to ordinary people. And many among those people were retired public servants who deposited their yearslong savings or retirement benefits, hoping to receive considerable monthly amounts and retain the value of their cash amid high inflation.

Economic corruption, Iran Samen al-Hojaj credit and financial institution, Shargh daily July 19, 2018
Europe may be about to ignore US on Iran in practice
A Look at Iranian Newspaper Front Pages on July 19