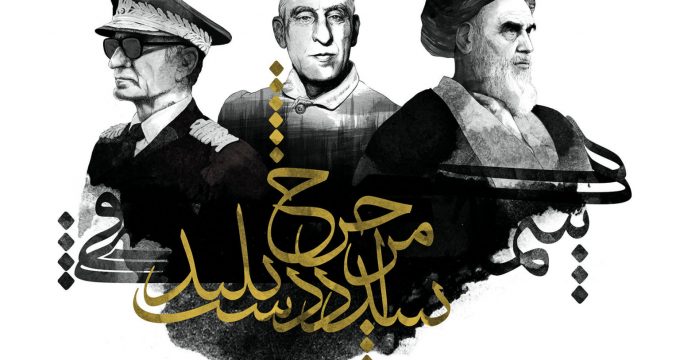 Pride and prejudice in Tehran

Foreign Policy | Hooman Majd: To understand Iran’s foreign policy, you need to learn a little Farsi. Miscommunication between the United States and Iran is nothing new. But now that U.S. President Donald Trump has withdrawn from the nuclear deal with Iran, guaranteeing that tensions will worsen in the months ahead, those hoping to avoid a crisis should start studying a little Farsi, beginning with one word: nafs. The concept most purely defines the essence of Iranian political culture stretching back centuries, especially as it relates to interactions with foreigners. It also offers insight into how the Iranian government approaches difficult diplomacy of the sort it now faces.

Iranians have long used these concepts to evaluate the virtues and deficiencies of their leaders. For example, for all his apparent vanity, Shah Mohammed Reza Pahlavi, who reigned from 1941 to 1979, had too fragile a sense of self — he lacked sufficient etemad in his nafs, an Iranian might say — to face down serious threats to his rule. In 1978, rather than confront demonstrators who called for the end of his dynasty, he apologized over the radio for the shortcomings of the government and ultimately fled Tehran the next year.

Some Iranians have never forgiven the Pahlavi dynasty for this abdication of proper nafs; in their view, the shah undermined his dynasty’s legitimacy and power through his insufficient self-respect. By contrast, most Iranians today — even religious ones — remember fondly the secular nationalist Mohammad Mossadeq, the shah’s nemesis in the 1950s, because his sense of pride (or ezat-e nafs) was something the whole nation could partake in. Rather than a narcissistic expression of ego like the shah’s mannered self-regard, Mossadeq showed his ezat-e nafs by insisting that Iran should not depend on the largesse of outside powers, which he and most of his compatriots believed would inevitably mean being exploited by them. Mossadeq’s shekast-e nafs — expressed in his penchant for staying in bed for days, taking meetings in his pajamas, and even fainting in public — was also endearing to Iranians, who value modesty as much as martyrdom.

Mossadeq’s sense of national pride has endured as a cultural ideal to this day. When the Islamic Republic was born in 1979, its supporters — and they were many — truly believed that the era of supplication to the West was over. Their leader, Ayatollah Ruhollah Khomeini, had ezat and etemad — pride and self-confidence — in spades and exhibited virtually no modesty, or shekast. He never wavered in the pursuit of his goals, which demanded that Iran and Islam be respected as the equals of any other nation and religion, even at the expense of the country’s immediate self-interest. He didn’t hesitate to allow the taking of U.S. diplomats and citizens hostage, partly as retribution for years of perceived subservience, or to drag out a war with Iraq to punish Saddam Hussein for invading Iran when the country was at its weakest. His one moment of shekast was his statement on finally accepting a cease-fire with Iraq after eight years of bloody fighting that left close to a million people dead and no exchange of territory: He likened it to drinking a chalice of poison. His preference was to fight to the death in the name of his, and his nation’s, ezat.

Today, the Farsi slogan inscribed in tiles above the entrance to the Foreign Ministry in Tehran reads: “Neither Eastern nor Western, Islamic Republic.” The slogan is meant to remind everyone — employees and visitors — that Iran is neither allied to nor subject of any other power but rather stands on its own. Since the hostage crisis and the breaking of diplomatic relations with Iran nearly four decades ago, no U.S. diplomat or politician has walked through that entrance in an official capacity. But the phrase defines the foreign policy of Iran. Every president and foreign minister of the republic has fully adhered to, and associated with, the philosophy.

This principle was evident throughout the process of negotiating the nuclear deal (also known as the Joint Comprehensive Plan of Action, or JCPOA). At every stage, Iranian President Hassan Rouhani and his foreign minister, Mohammad Javad Zarif, were constrained by those in the Iranian political system who were suspicious that any bargain with the West would subvert the words inscribed above the entrance to the Foreign Ministry.

Zarif made it abundantly clear that Persian pride would not permit him to continue negotiating with foreign diplomats if the circumstances seemed to suggest a lack of respect for Iran as an equal interlocutor. In July 2015, during the final round of talks at the Palais Coburg in Vienna, Federica Mogherini, the European Union’s foreign-policy chief, threatened to walk out if Iran did not show more flexibility, which to some Iranians implied a demand for subjugation. (Iran’s supreme leader, Ayatollah Ali Khamenei, had pointedly instructed his negotiating team to show only “heroic flexibility,” in a classic display of keeping ezat intact, even while making concessions.

Iran’s supreme leader, Ayatollah Ali Khamenei, had pointedly instructed his negotiating team to show only “heroic flexibility,” in a classic display of keeping ezat intact, even while making concessions.

) Zarif responded to Mogherini by shouting, “Never threaten an Iranian!” — an example of ezat-e nafs if ever there were one.

The Iranian government has long declared that it will remain an enemy of anyone who doesn’t treat it and its people with respect. (Which is not to say Iran has always acted in a way that deserves a more respectful attitude from Western counterparts.) But in the last 40 years, President Barack Obama was the only U.S. leader who seemed to have recognized how intensely Iranians desired an acknowledgement of their importance and an overt show of respect for Iranian ezat — which U.S. Secretary of State John Kerry helpfully provided amid the negotiations. That’s why Obama was able to conduct meaningful dialogue with Iran and ultimately conclude an agreement. Trump, on the other hand, has run roughshod over nafs by including Iranians in a blanket travel ban and threatening them with “bigger [problems] than they’ve ever had before” if their government ever reverts to the more extensive nuclear program it had prior to the JCPOA.

Now that Trump has abandoned the JCPOA, Rouhani and Zarif can’t afford to reopen talks with the United States: They’ve already been pilloried by Iranians on the right and even on the left for their naiveté in trusting Washington in the first place. In early June, Khamenei announced that Iran would prepare for a massive increase in its enrichment capacity while staying in the deal “for now.” A few days later, Ali Akbar Salehi, the head of the Atomic Energy Organization of Iran, gave an interview to Iranian state TV at a new facility for building advanced centrifuges, underscoring that unless Iran received the minimum benefits it expected, it would return to an unfettered program, although still without developing nuclear weapons.

Whenever Iran senses disrespect, it doubles down on precisely the behavior others object to. This time will be no different. Only now the government will likely have the backing of its people, who have yet to see barely any of the economic benefits the JCPOA was supposed to deliver.

That doesn’t mean war between the West and Iran is inevitable, however. Western leaders should allow Iran’s nafs to maintain its ezat — and see where it will get them.

This article originally appeared in the July 2018 issue of Foreign Policy magazine.