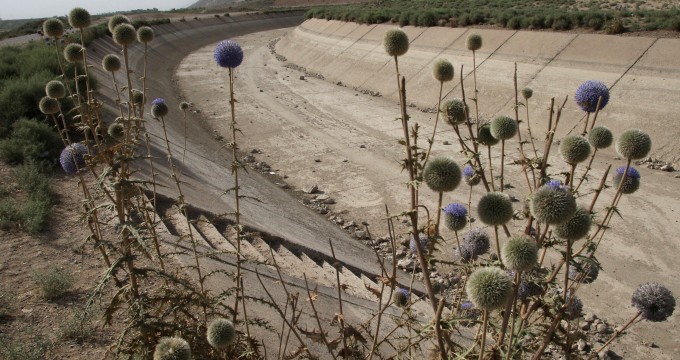 Al Monitor | Maysam Bizaer: Iran has been gripped with drought for over a decade, and the country’s precipitation has dropped to its lowest level in the past half-century. According to the latest recorded figures by Iran’s Ministry of Energy, there have been 166 millimeters (6.5 inches) of rainfall across Iran in the current water year (from the beginning of October 2017), which is 26.5% lower than the same period last year.

The situation along with an annual increase in electricity consumption and the summer heat wave that has hit the country have resulted in power shortages in recent weeks. The hourslong power outages, which have repeatedly occurred in many cities, including the capital city of Tehran, have affected many businesses and citizens. Many people, including the elderly and the disabled, have complained about getting trapped inside elevators.

A manager of a workshop in central Tehran told Al-Monitor, “The power cuts are costing us money. Each day we rush to complete our work thinking the power may cut off at a moment’s notice. This is bad for morale.”

With temperatures above 50 C (122 F) in southern provinces such as Khouzestan and about 40 C (104 F) in Tehran, Iran’s electricity consumption June 26 reached a new peak of 55,443 megawatts (MW) at 4:38 p.m. local time — 1,200 MW higher than the previous record — which resulted in widespread blackouts due to “overheating” of the power grids.

Various districts in Tehran have experienced two to three hours of unannounced power cuts in recent days, leading citizens to believe the cuts are being planned by energy officials who are not informing the public. However, officials denied any planned power cuts and said they only happen when consumption reaches a higher level than the distribution network can handle.