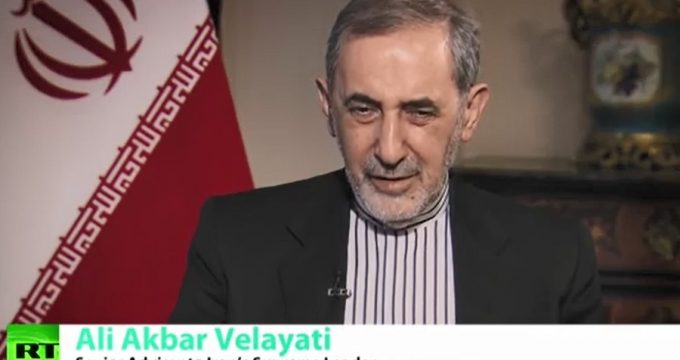 IRNA – An advisor to Iran’s supreme leader has urged the European countries to cover the loss imposed on Iran by the US withdrawal from the nuclear deal.

Referring to the recent foreign ministrial meeting of the nuclear deal signatories in Vienna, Ali kbar Velayati in a recent interview with a Russian broadcaster said, ‘The European countries should compensate what we have lost after the illegal withdrawal of the United States from this agreement.’

Iran and the five permanent members of the UN Security Council (the US, France, Britain, China, and Russia) plus Germany signed the nuclear deal in 2015. Iran accepted to curb its nuclear program in exchange for economic sanctions relief.

US President Donald Trump withdrew from the deal on May 8, calling it the worst deal ever. Washington has also re-imposed the economic sanctions the first set of which will take effect on August 6.

Speaking to Russia Today, he said Iran’s military presence in Syria does not have to do with the US and its allies.

‘We are in Syria on the basis of an invitation of the legal government of Syria,’ he said, adding that Iran supports (territorial) integrity of Syria and the country’s fight against terrorism.

Velayati said if Iran and Russia withdraw from Syria, the United States and its allies will continue their efforts to support terrorist groups.

In such a situation, Syria would be in a new dangerous condition and the country would suffer from the new rise of terrorism, he said.

Iran is there as the military advisor to the Syrian government, the former Iranian foreign minister said.

Iranian officials have repeatedly said that Iran’s military officials will remain in Syria as military advisor as long as the Syrian government is willing.

Answering a question on possible Plan B of the US and its allies for Iraq and Syria to divide them into several states, he said that ‘they cannot do that because the people in Iraq, Syria and Lebanon are against any kind of hegemony of the United States, and we support the very legal desire of the people in the region.’