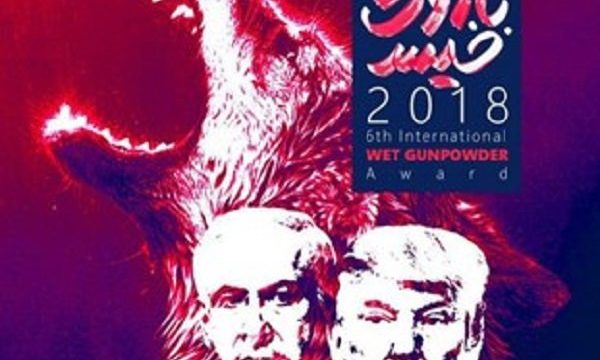 MNA – Voters have picked US President Donald Trump as the rightful winner of the 2018 Wet Gunpowder Award for the most hated international person of the year.

The nominees for the award this year included US President Donald Trump, US Ambassador to the United Nations Nikki Haley, and Israeli Prime Minister Benjamin Netanyahu.

They had been nominated for the most hated person of the year award due to their atrocities and anti-Islam positions in the past year, according to the event’s organizers.

The Wet Gunpowder Award is an Iranian symbolic award that, according to organizers, is given to “ridiculous people whose chaffy character is evident to everyone and when this nature of theirs is accompanied with self-belief, it turns into an indefinite foolishness for them.”

Trump was also picked as the winner of the 2017 Wet Gunpowder Award while competing with Hillary Clinton and Saudi Foreign Minister Adel Al-Jubeir.