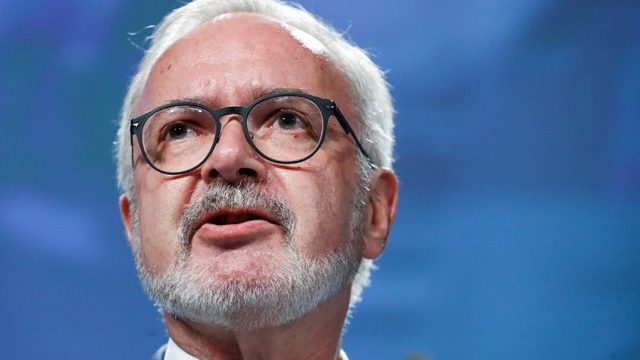 Reuters – The European Investment Bank would put its global operations at risk by investing in Iran, its president said on Wednesday, the most public rejection yet of an EU plan to help save a nuclear deal with Tehran that Washington has abandoned.

Werner Hoyer said that while he supported EU efforts to keep alive the 2015 nuclear deal, Iran is a place “where we cannot play an active role.”

The EIB, the European Union’s lending arm, fears that working with Iran would jeopardize its ability to raise money on U.S. markets and have far-reaching consequences for its operations. Hoyer said the bank is indebted by 500 billion euros ($580.80 billion) in bond issues.

In an effort to help keep money flowing to Tehran as U.S. sanctions come back into effect, the European Union has agreed to add to the list of countries with which the Luxembourg-based EIB, the bloc’s not-for-profit lender, does business.

However, the decision, which takes effect at the start of August, does not oblige the bank to do business there.

U.S. President Donald Trump pulled out of the Iran deal with world powers on May 8 and revived Iran-related sanctions, leaving the European Union, China and Russia to try to salvage the accord to prevents Tehran from developing a nuclear weapon.

The pillars of the EU’s strategy are: EIB lending, a special measure to shield EU companies from U.S. secondary sanctions and a Commission proposal that EU governments make direct money transfers to Iran’s central bank to avoid U.S. penalties.

“There is no European bank which is presently able to do business in and with Iran,” Hoyer said at a news conference at the European Commission.

“We have to take note of the fact that we would risk the business model of the bank if we were active in Iran.”

The EIB currently steers clear of engaging in jurisdictions listed as high-risk under the FATF, a global group of government anti-money-laundering agencies. That includes Iran.

European Investment Bank (EIB), US sanctions against Iran, Werner Hoyer July 18, 2018
“US unlikely to get tough on Iran before November”
Iran ready to assist Yemenis if they ask: Leader’s Aide