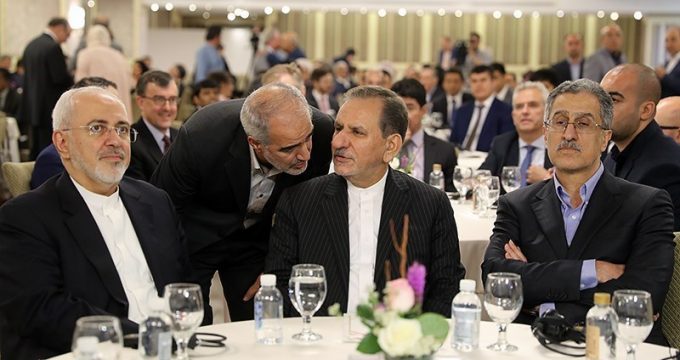 IRNA – Foreign Minister Mohammad Javad Zarif said on Monday that Iran’s foreign partners have come to realize that this country is the most reliable and safest market for economic activities.

He made the remarks in a gathering with foreign representatives residing in Iran on Monday afternoon.

Zarif added that imposing pressures may cause negative developments in the market, but private sector has always shown that has ability to progress determined goals.

He said the Islamic Republic of Iran has passed difficult eras since the beginning of the revolution, which many pressures have been imposed against Iran, but Iran has received its legitimacy and prowess from its own people.

US President Donald Trump, who took office on February 2017, declared US exit from Joint Comprehensive Plan of Action (JCPOA) on May 8, 2018 and ordered imposing sanctions against Iran in a 90 and 180 days periods.

Now, some foreign companies are hesitant to stay or leave Iran’s market, although European Commission has declared to confront the US sanctions by executing obstruction rule to protect European companies.

After that Iran had good meetings with EU experts as well as China and Russia, which are close partners of Iran in the field of economic, politics and security and the cooperation will continue in the fields such as banking, oil trade at current level, trade, insurance ties, shipping, aerial transport and investment.