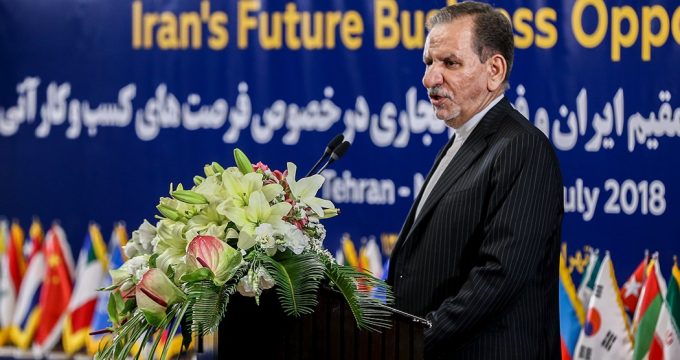 SHANA — First Vice President Eshaq Jahangiri said the world is in need of Iran’s crude oil, adding the country could work out novel methods to sell its oil in the face of US sanctions.

He acknowledged the fact that the US pullout of the Joint Comprehensive Plan of Action (JCPOA) and the announcement of major sanctions against Iran could be a major alarm, adding: “The American strategy is an economic war against the Iranian nation; however, they have already started off economic wars with several other countries.”

The official further said the current circumstances were by no accounts viewed as critical for the country, but “new factors have been added to the conditions which require us to find new methods to deal with them with the help of our friends.