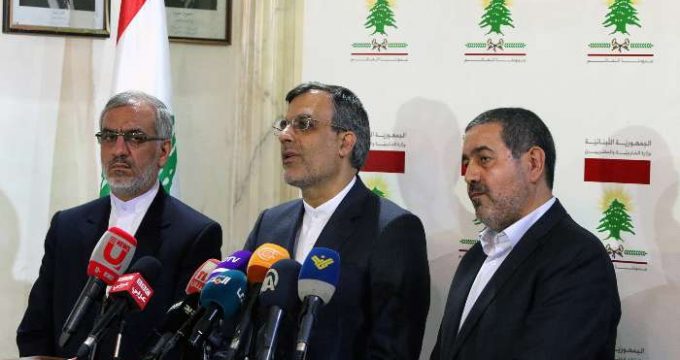 Hossein Jaberi Ansari, senior assistant to Iran’s foreign minister told reporters that Iranian forces in Syria are on advisory mission upon a request by Syrian government.

Any future decision on Iran’s military presence in Syria depends on the two governments’ agreement, he said following a meeting with Lebanese Foreign Minister Gebran Bassil in Beirut.

‘Syria is facing two types of terrorism; one is the institutionalized state-sponsored of the Zionist regime that has occupied parts of Syrian territories,’ he said.

‘The second type is the extremism,’ the senior diplomat said.

He emphasized that Iran will remain beside the Syrian government and people during the double fight on terrorism.

As to political efforts to resolve the Syrian crisis, he said the 10th round of talks in Russia’s Sochi, backed by Iran, Russia and Turkey, will be held in near future.

He arrived in Beirut on Monday to submit President Rouhani’s message to his Lebanese counterpart Michel Aoun.

The message includes the latest efforts by Iran to save the nuclear deal while securing the country’s benefits under the deal.