A Look at Iranian Newspaper Front Pages on July 17

Iran Front Page – IFP has taken a look at the front pages of Iranian newspapers on Tuesday, July 17, 2018, and picked headlines from 19 of them. IFP has simply translated the headlines and does not vouch for their accuracy.

Several papers today covered the comments made by the Leader of Iran’s Islamic Revolution Ayatollah Seyyed Ali Khamenei about the futile efforts of the US to finalize the ‘Deal of the Century’.

The top story, however, was the historic meeting between Russian President Vladimir Putin and his American counterpart Donald Trump in Helsinki, Finland.

1- Iran Leader: ‘Deal of the Century’ Will Never Come True 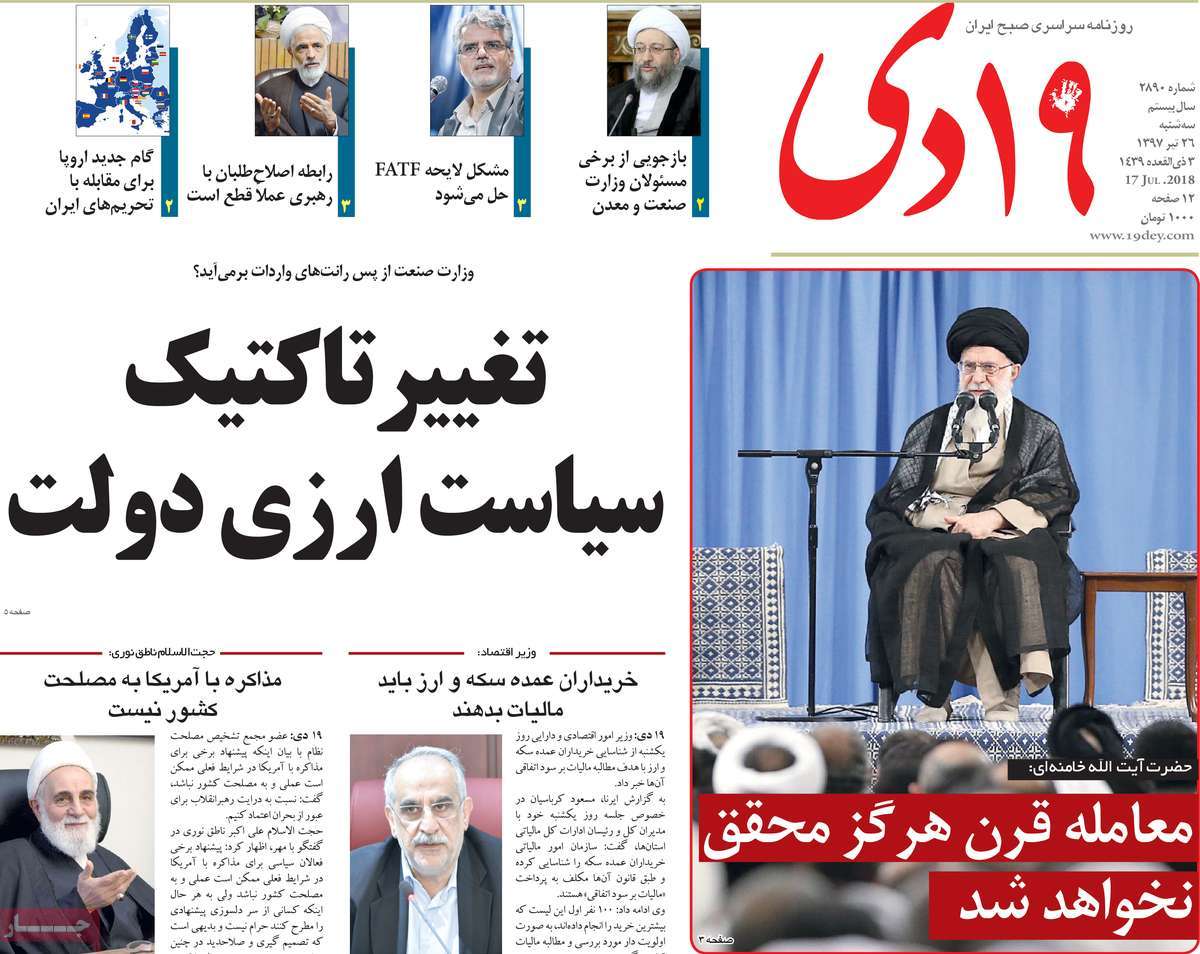 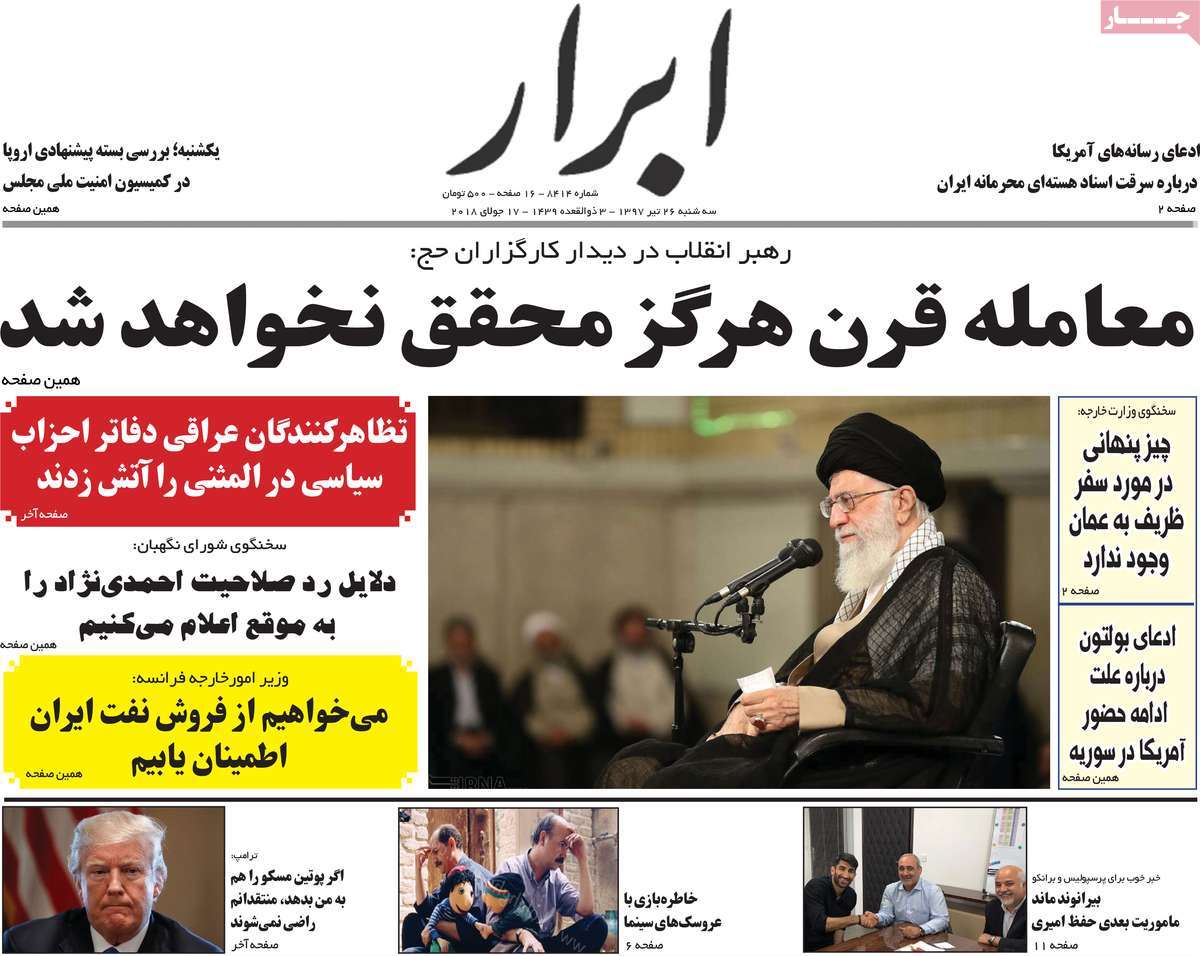 1- Trump to Putin: We Altogether Possess 90% of the World’s Nuclear Weapons 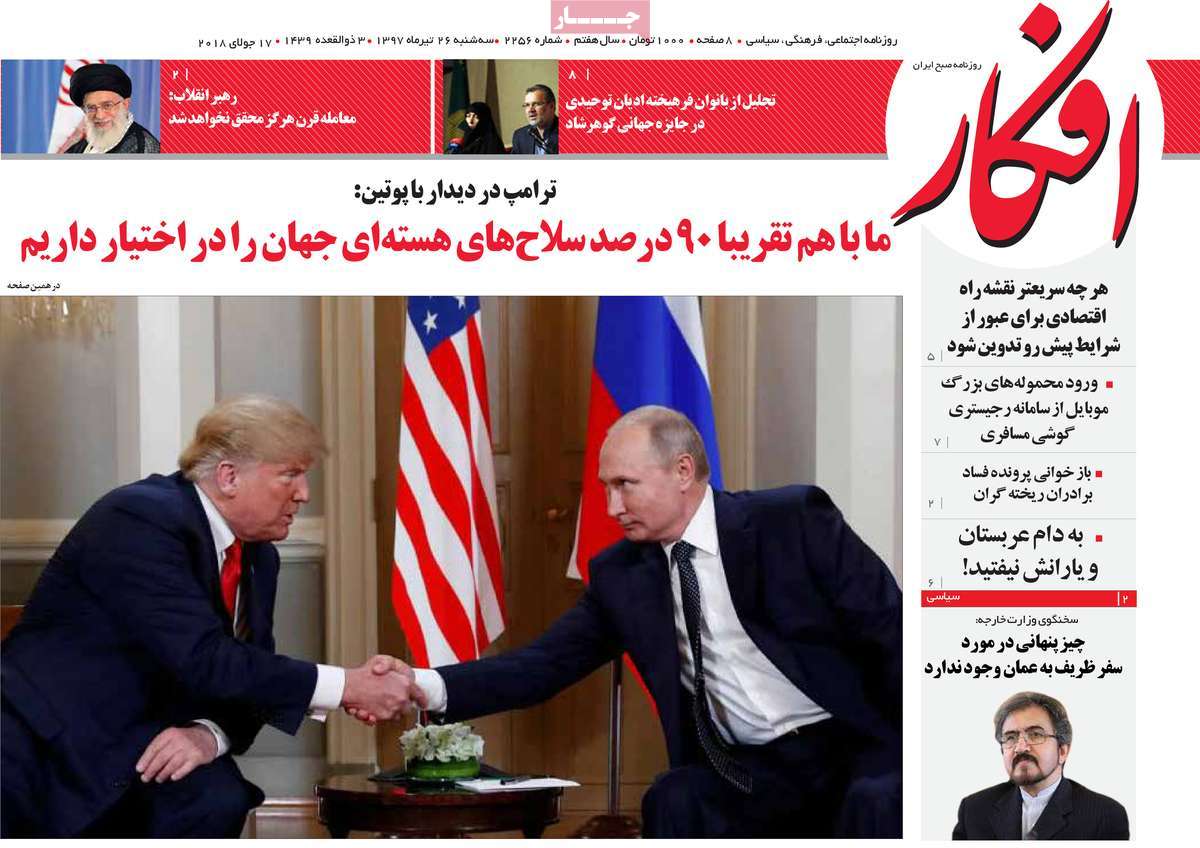 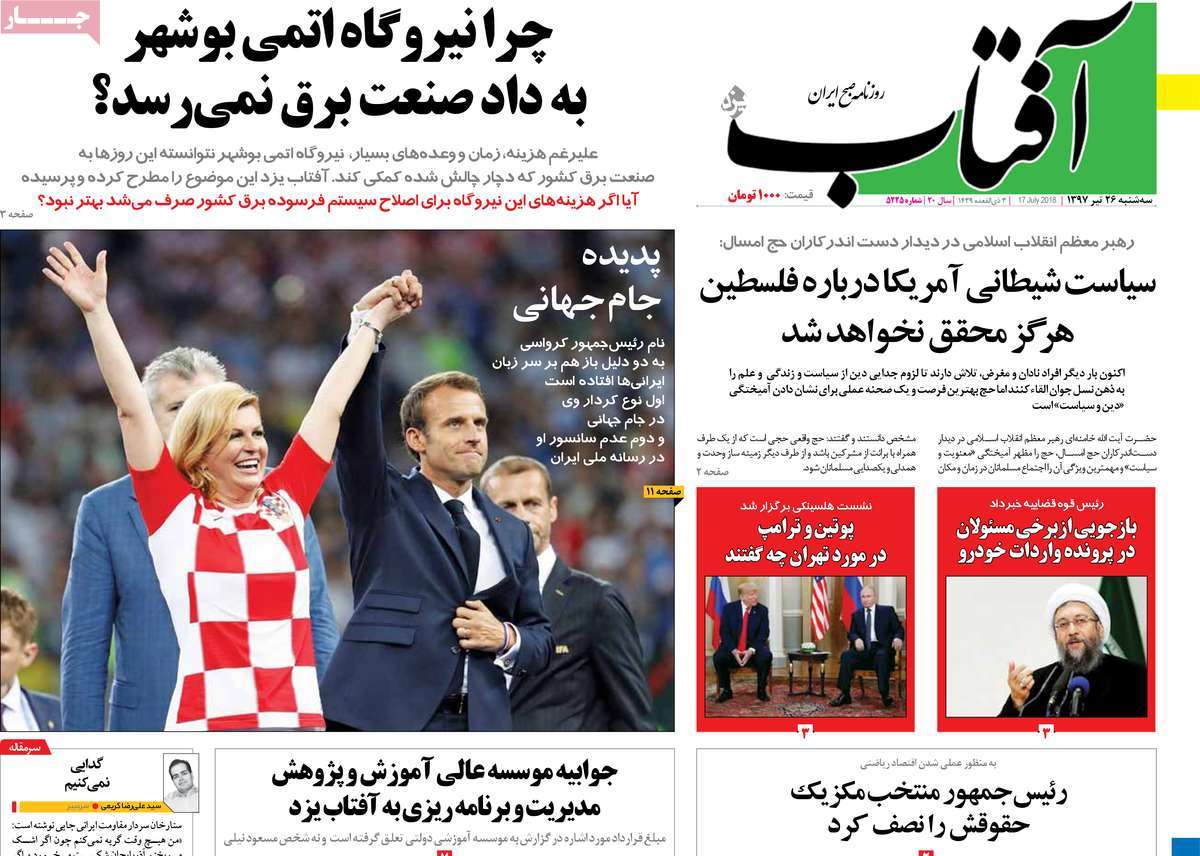 1- Hardliners Pay No Attention to Leader’s Support for Rouhani 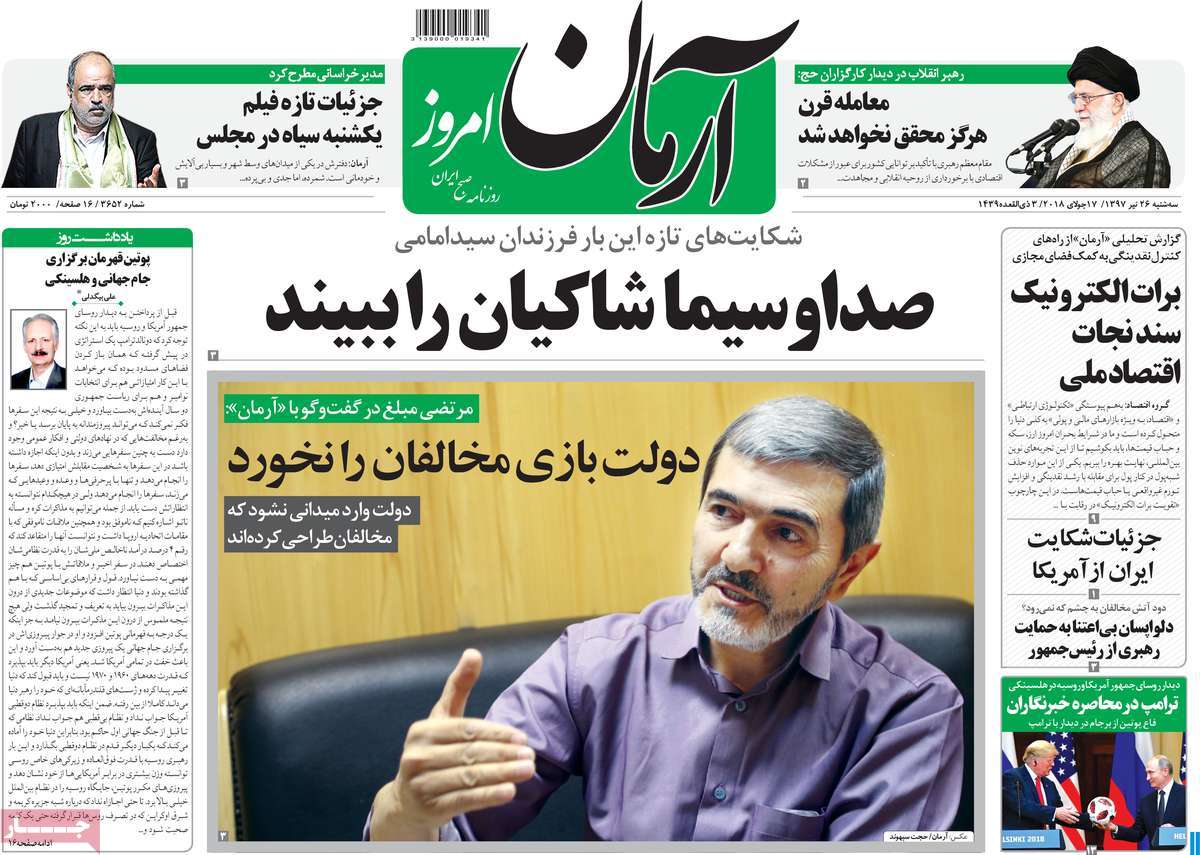 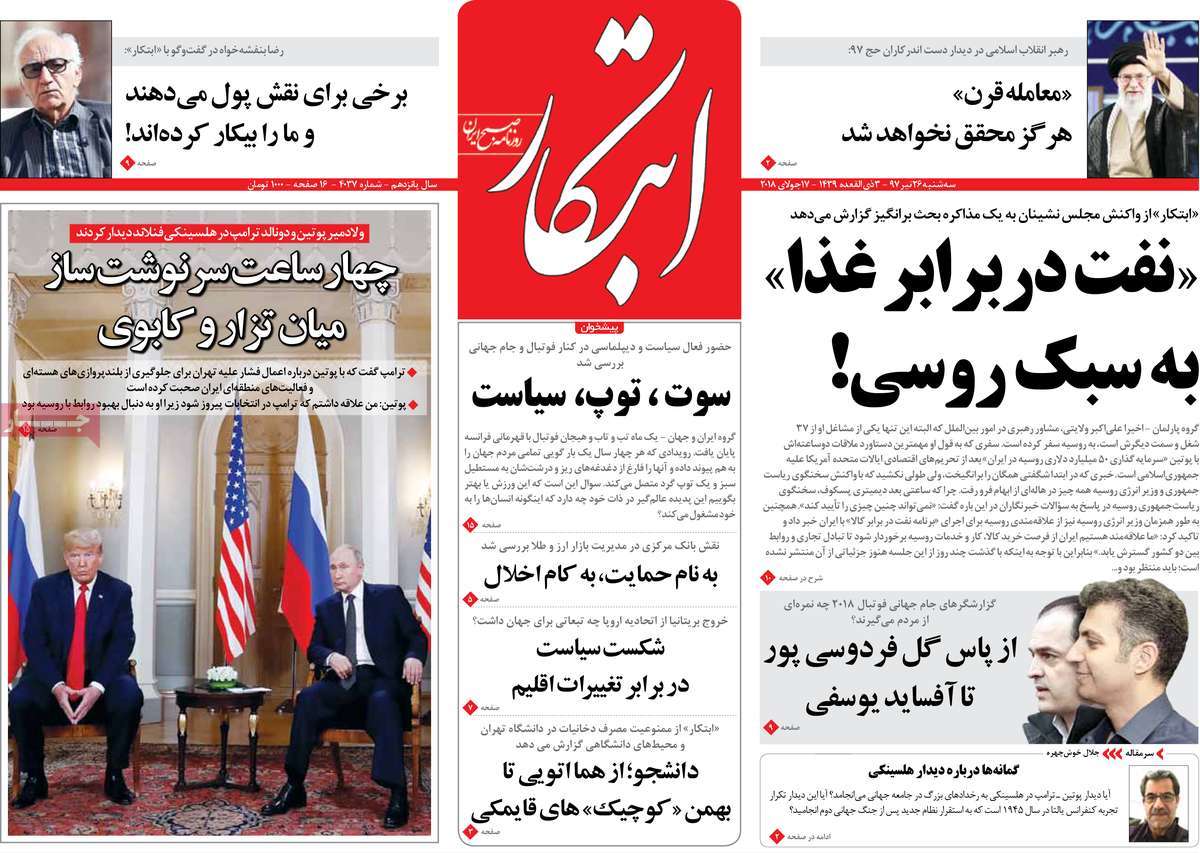 1- And Now Ball Is in Trump’s Court 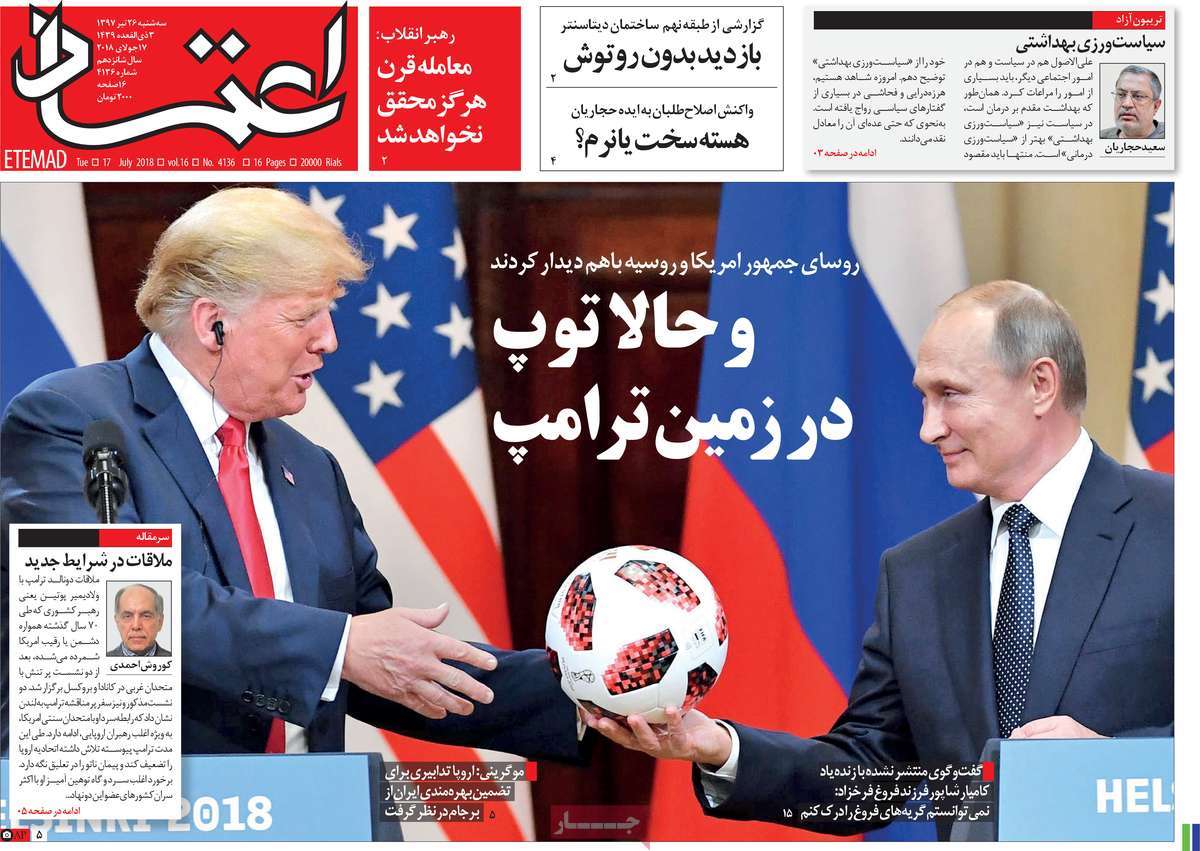 1- Iran Leader: Fake Regime of Israel to Be Uprooted

2- Putin: I Informed Trump about Russia’s Concern over US Withdrawal from JCPOA 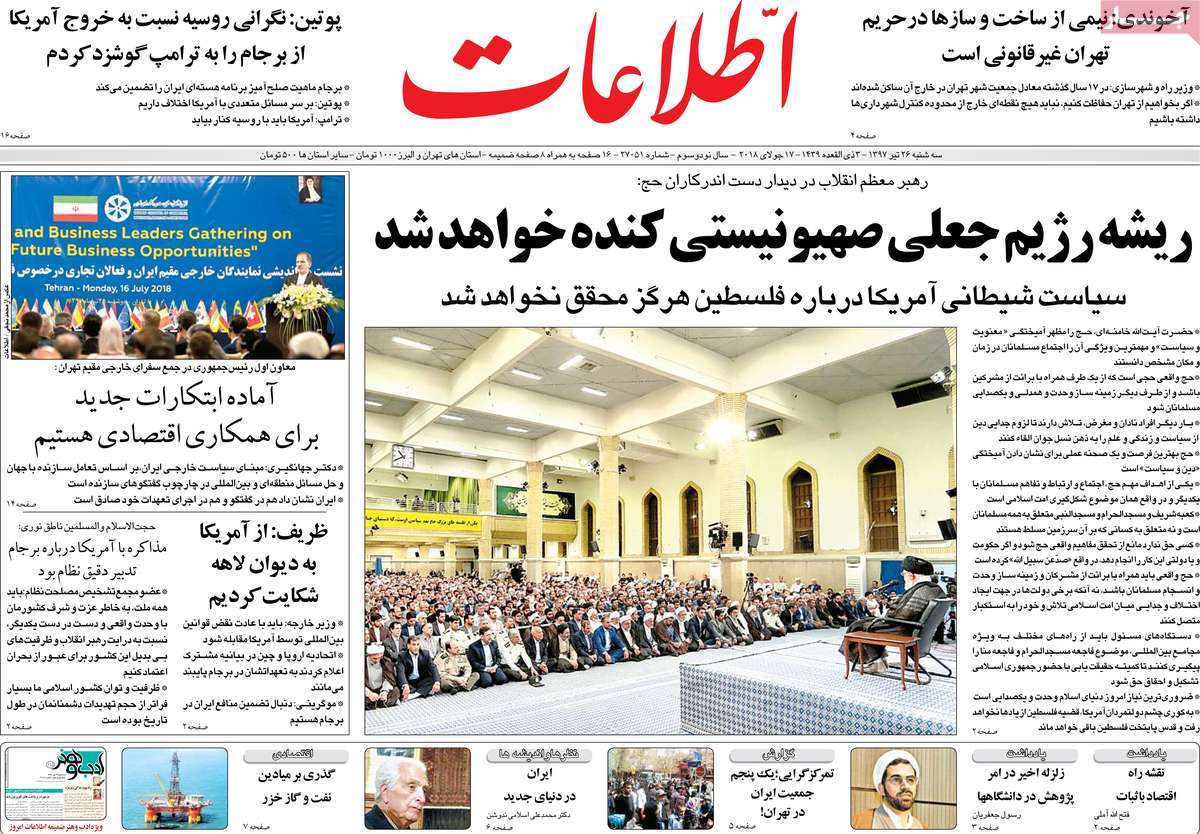 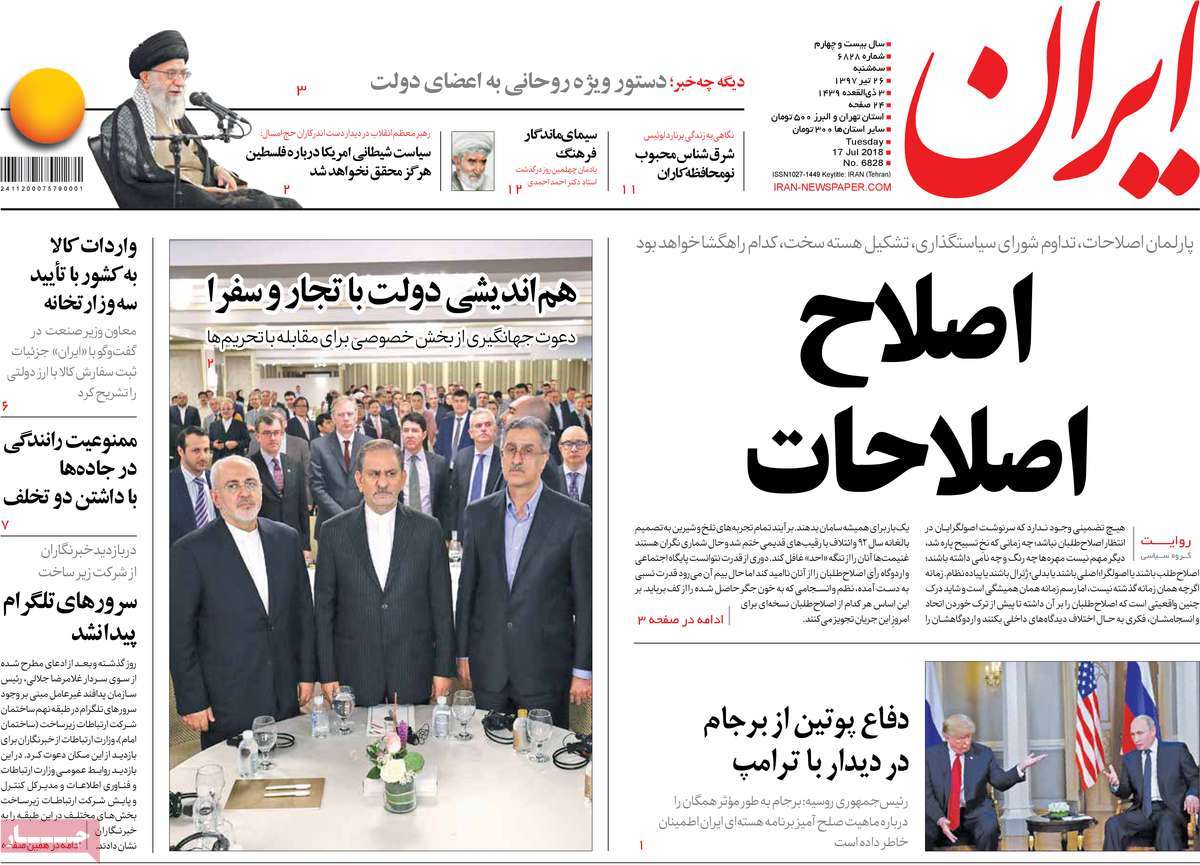 1- Trump Keeps Bragging Even in Meeting with Putin 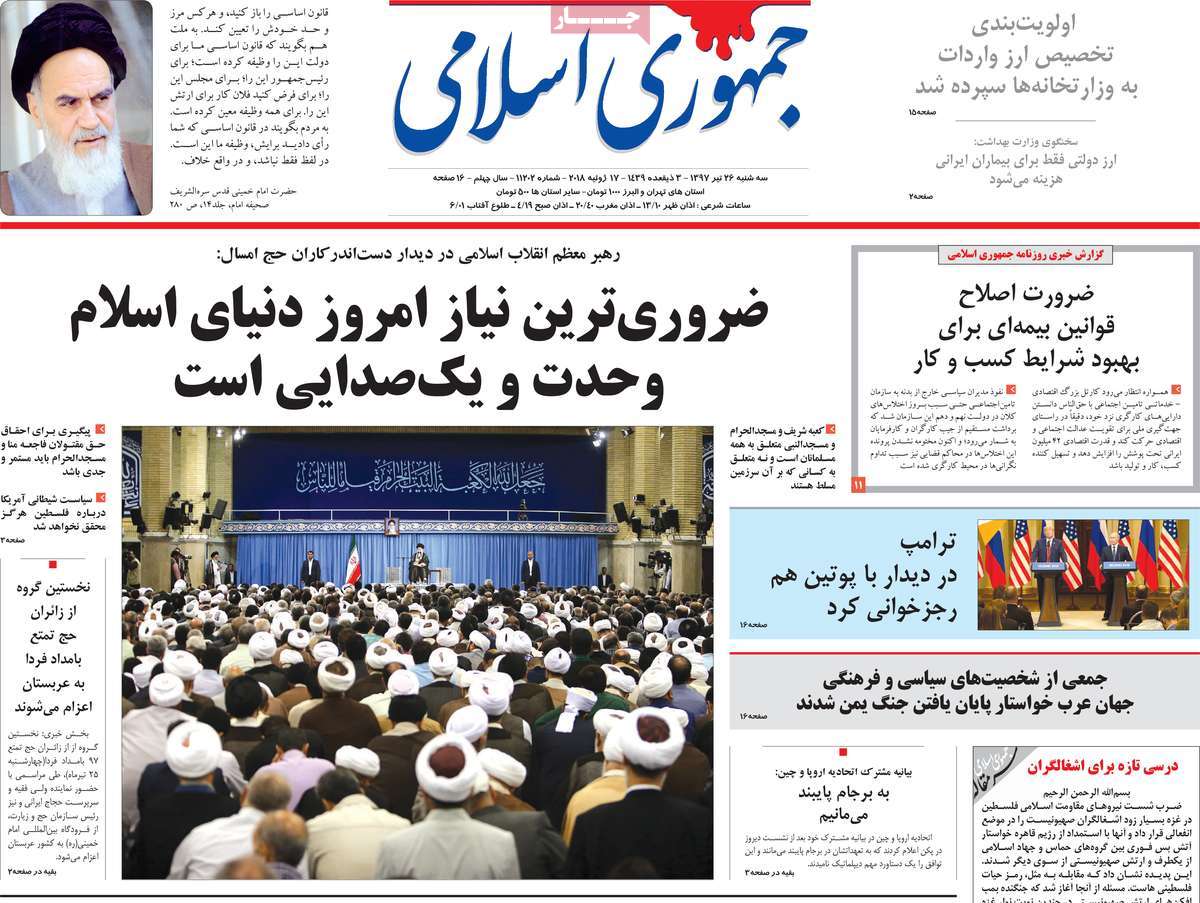 1- Doors of Azadi [Freedom] Stadium Not Closed to Women!

1- Ordinary, Futile Talks Only Souvenir of Trump from Helsinki Visit 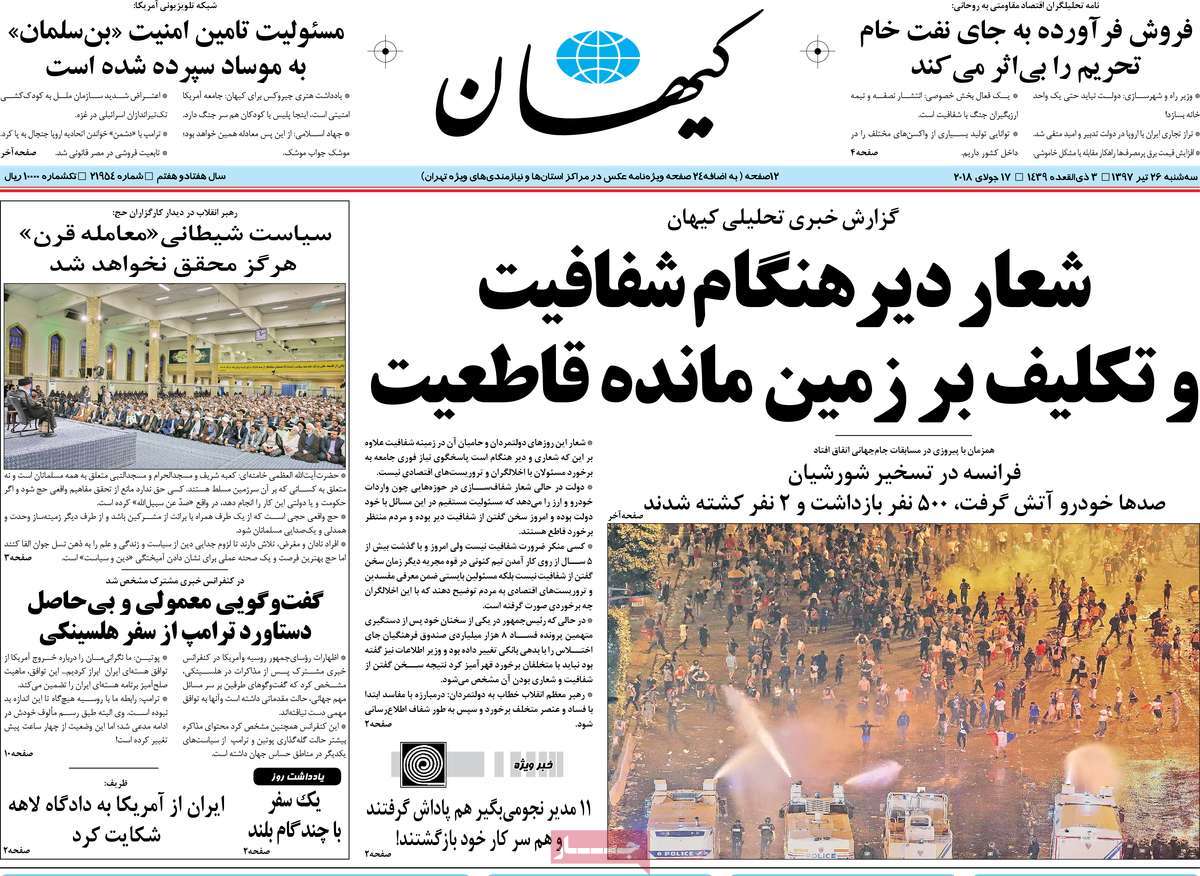 1- Bullies Play Game of Thrones in Heart of Europe: Historic Meeting in Helsinki 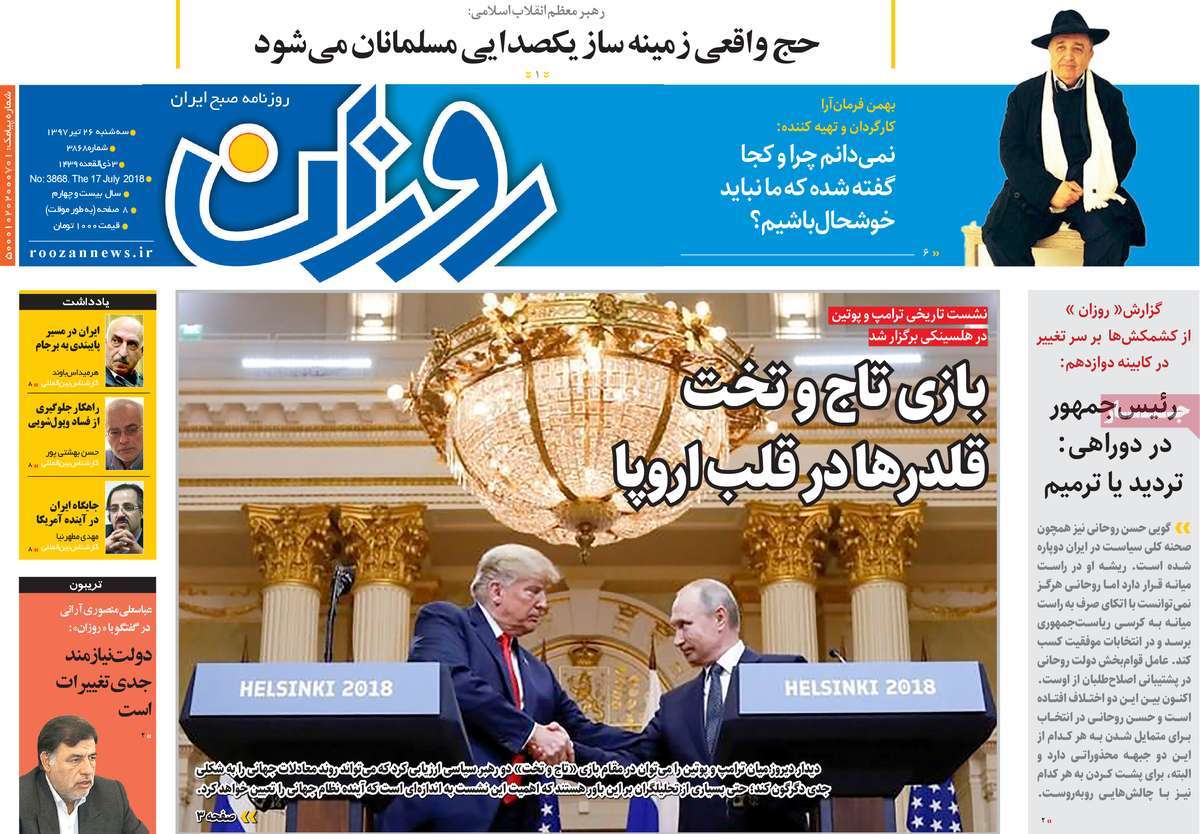 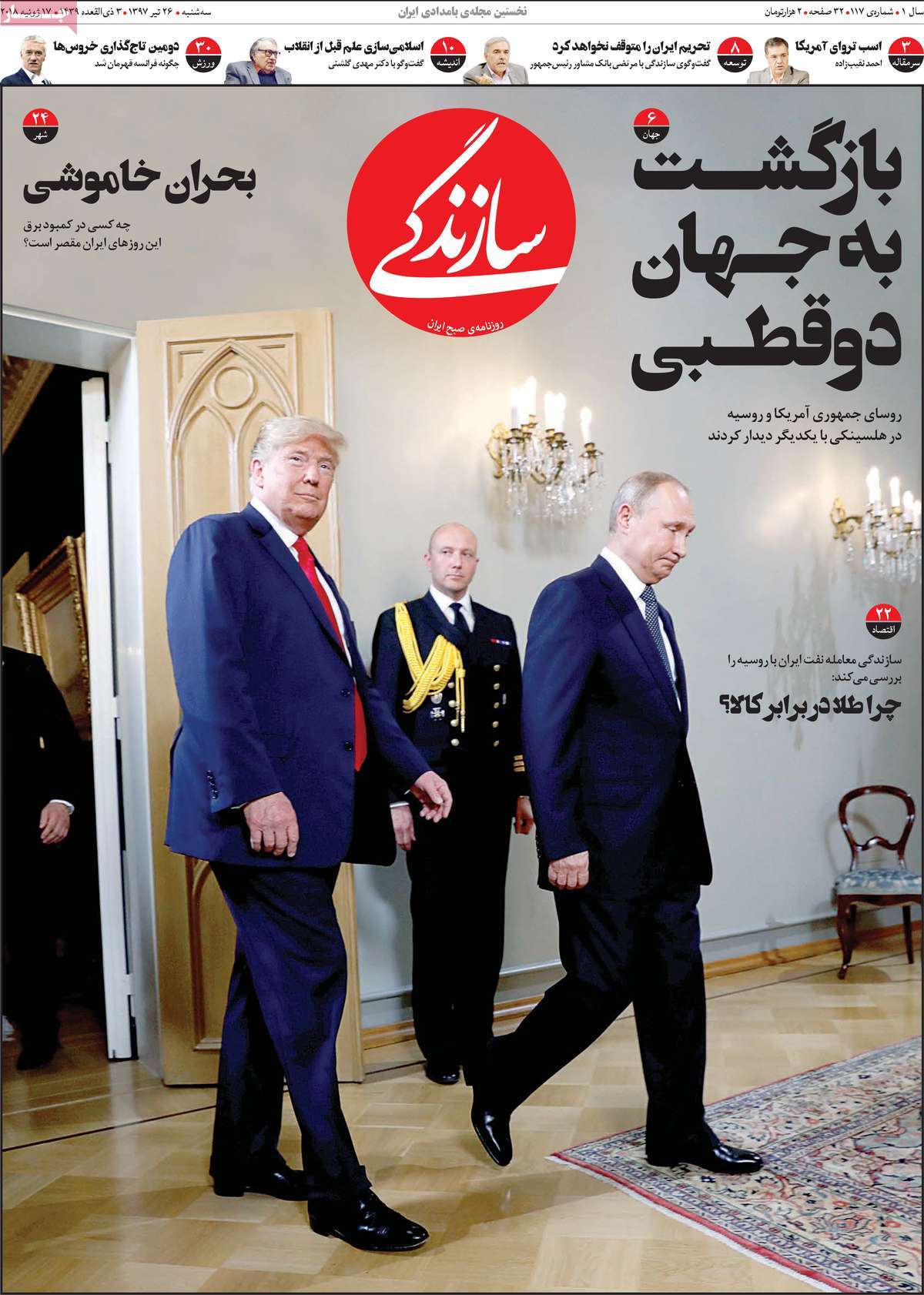 1- It’s Not Haram to Propose Idea of Talks with US: Moderate Cleric 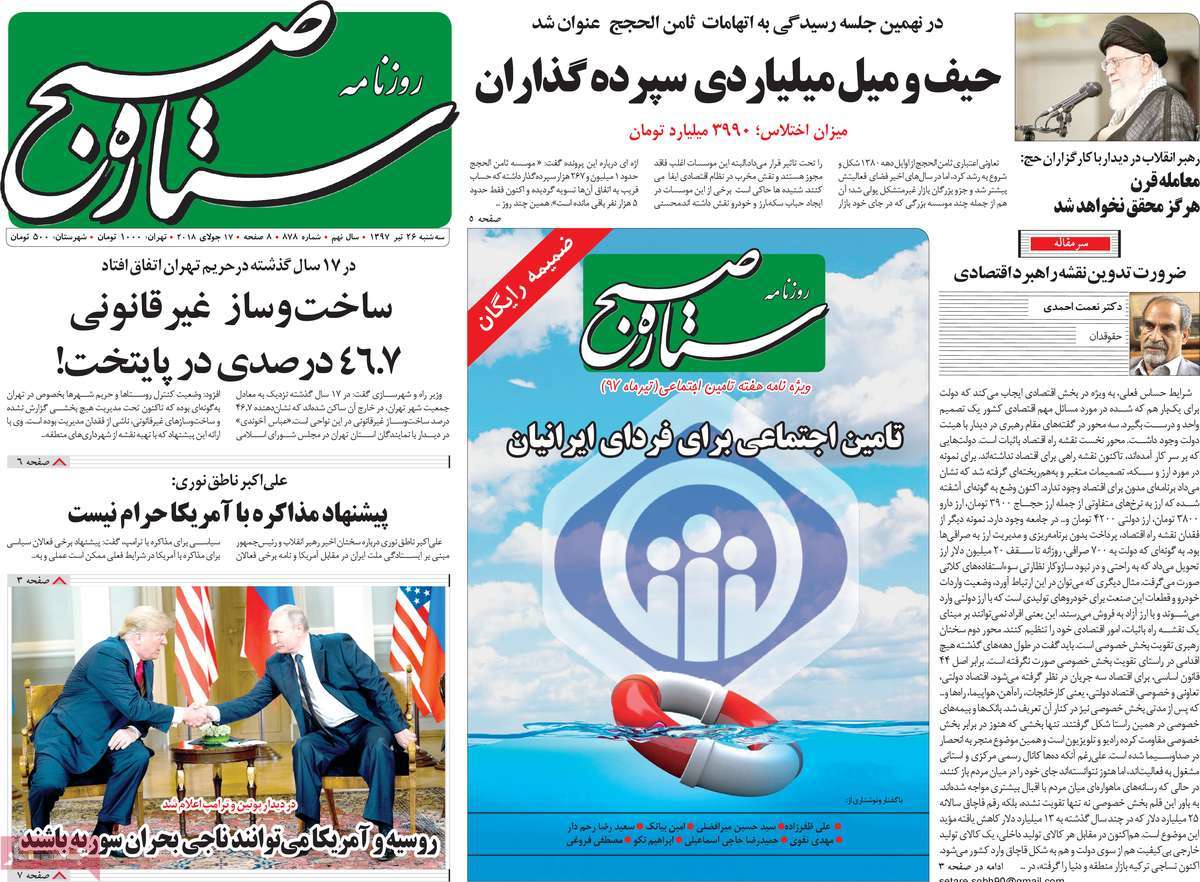 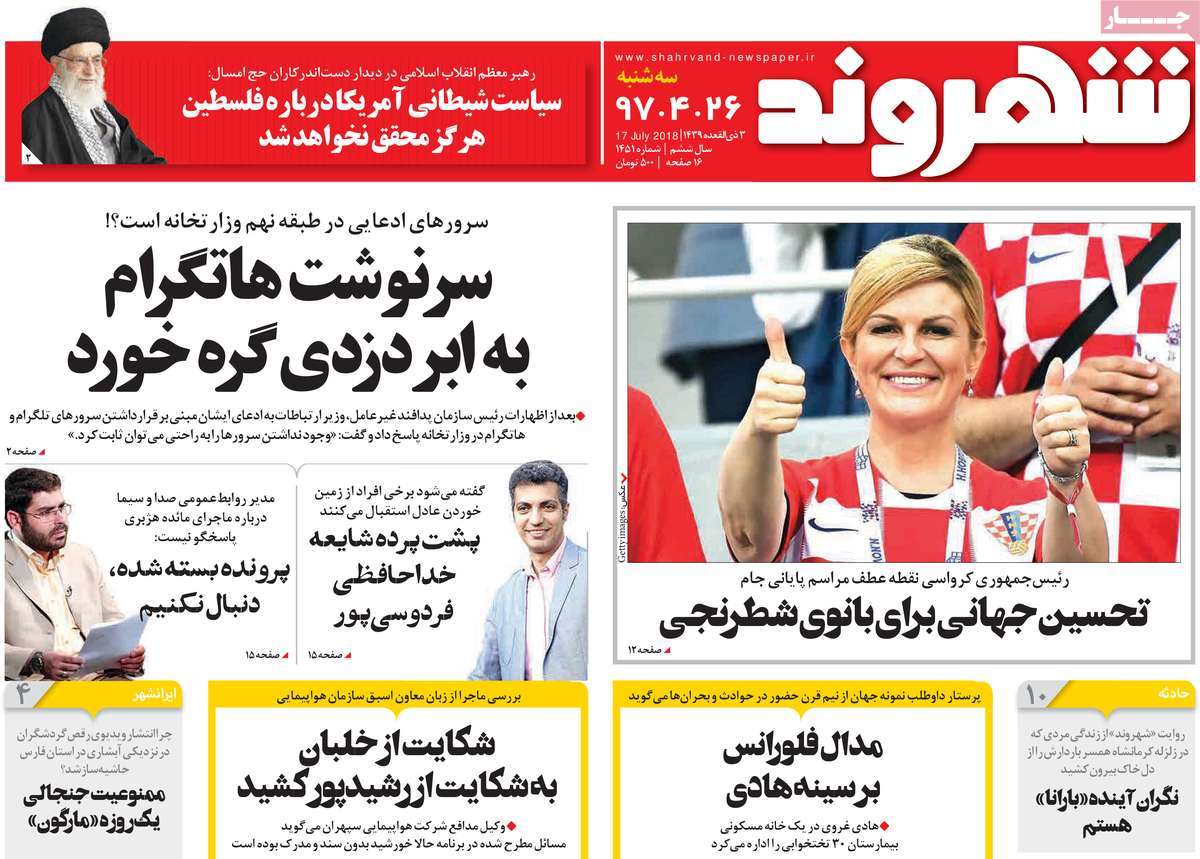 1- 130 Minutes of Secret Talks with Putin 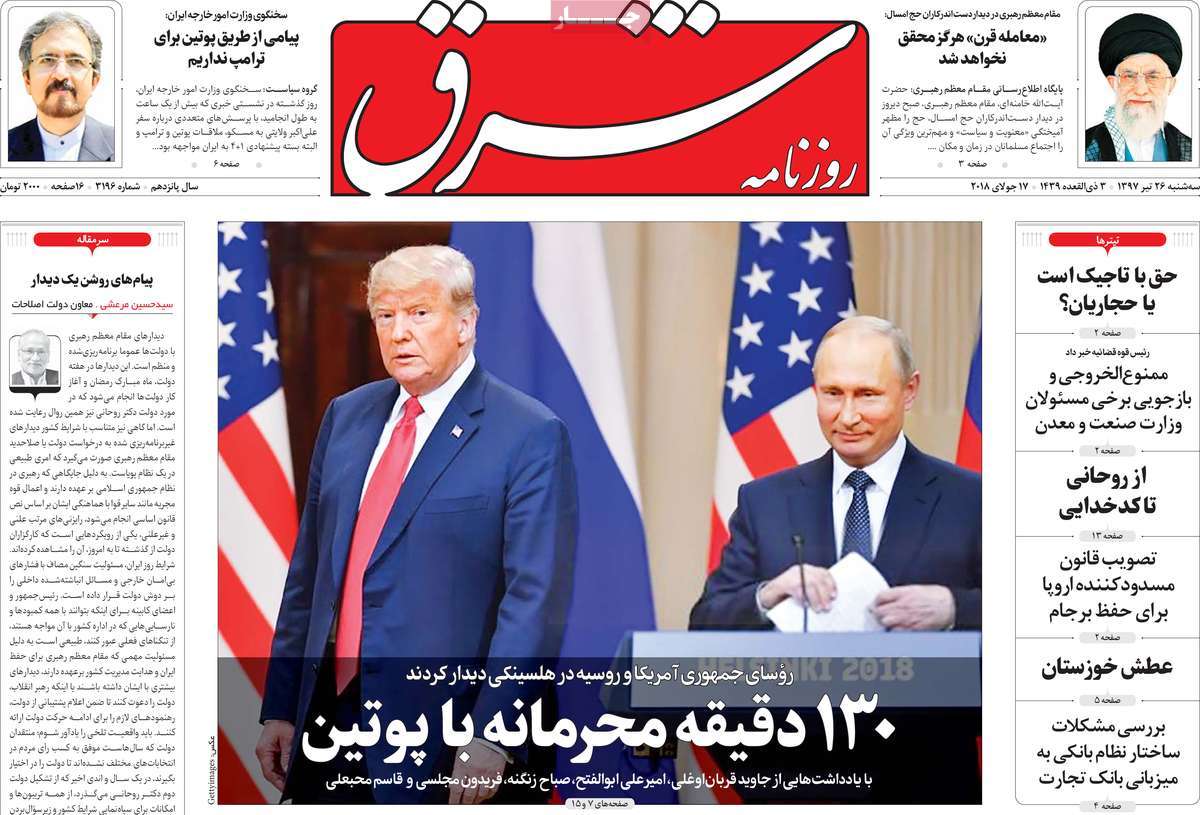