A Look at Iranian Newspaper Front Pages on July 16

Iran Front Page – IFP has taken a look at the front pages of Iranian newspapers on Monday, July 16, 2018, and picked headlines from 22 of them. IFP has simply translated the headlines and does not vouch for their accuracy.

All papers today covered the remarks made by the Leader of Iran’s Islamic Revolution Ayatollah Seyyed Ali Khamenei in a meeting with President Hassan Rouhani and his cabinet members.

Also a top story was the championship of the French national team in the FIFA World Cup 2018. The ‘Roosters’ managed to claim the title after 20 years by defeating Croatia in Moscow. 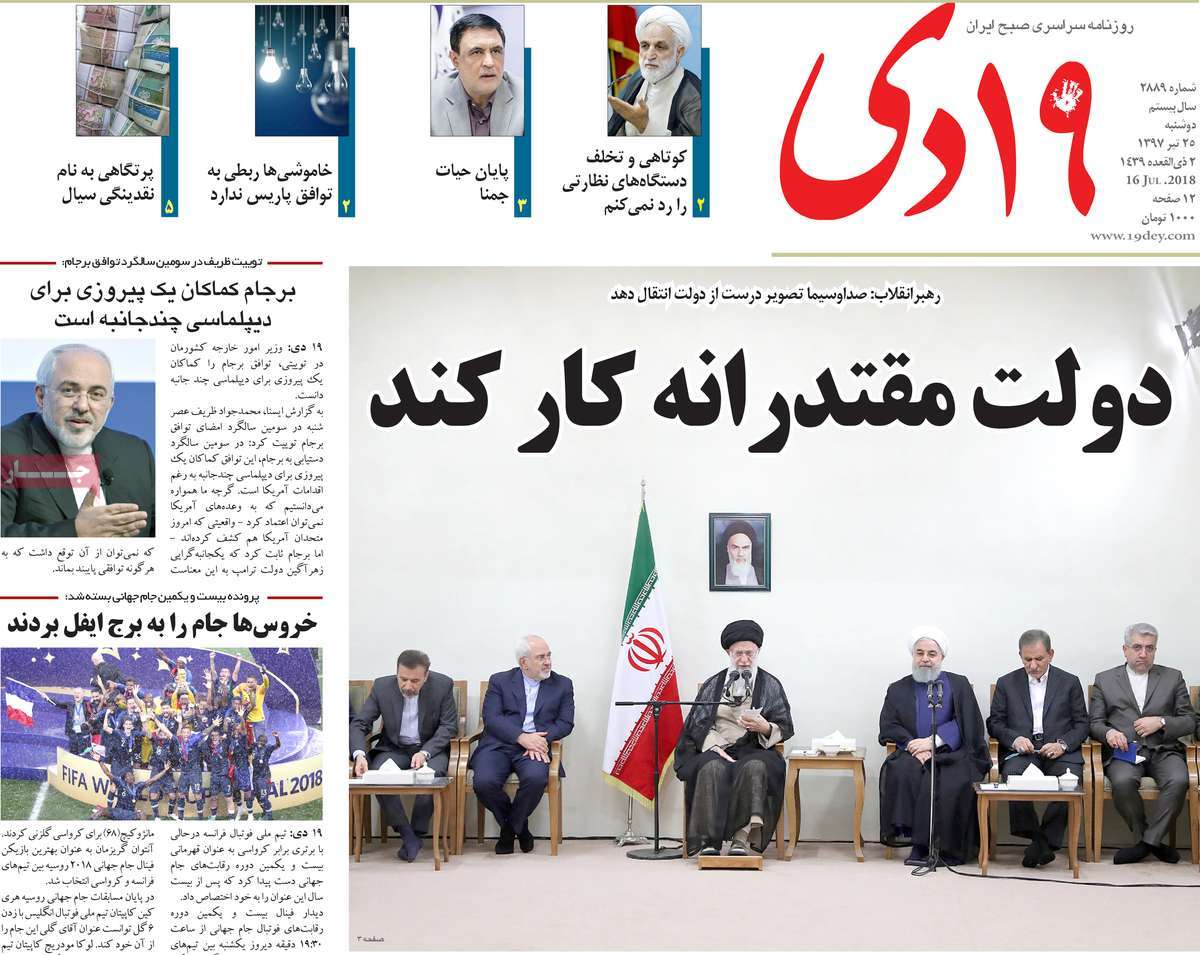 1- Iran Leader: Roadmap Needs to Be Devised for the Country’s Economy 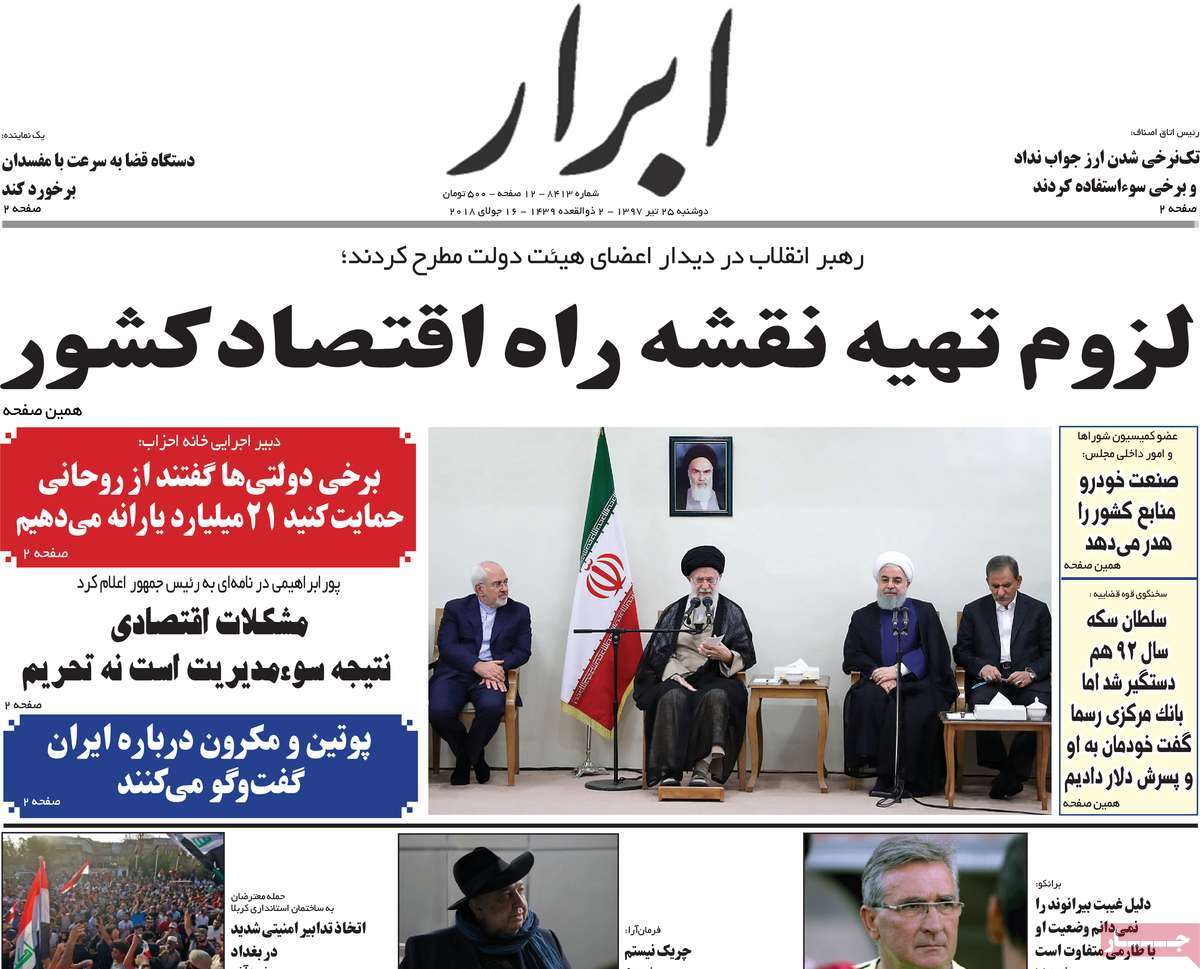 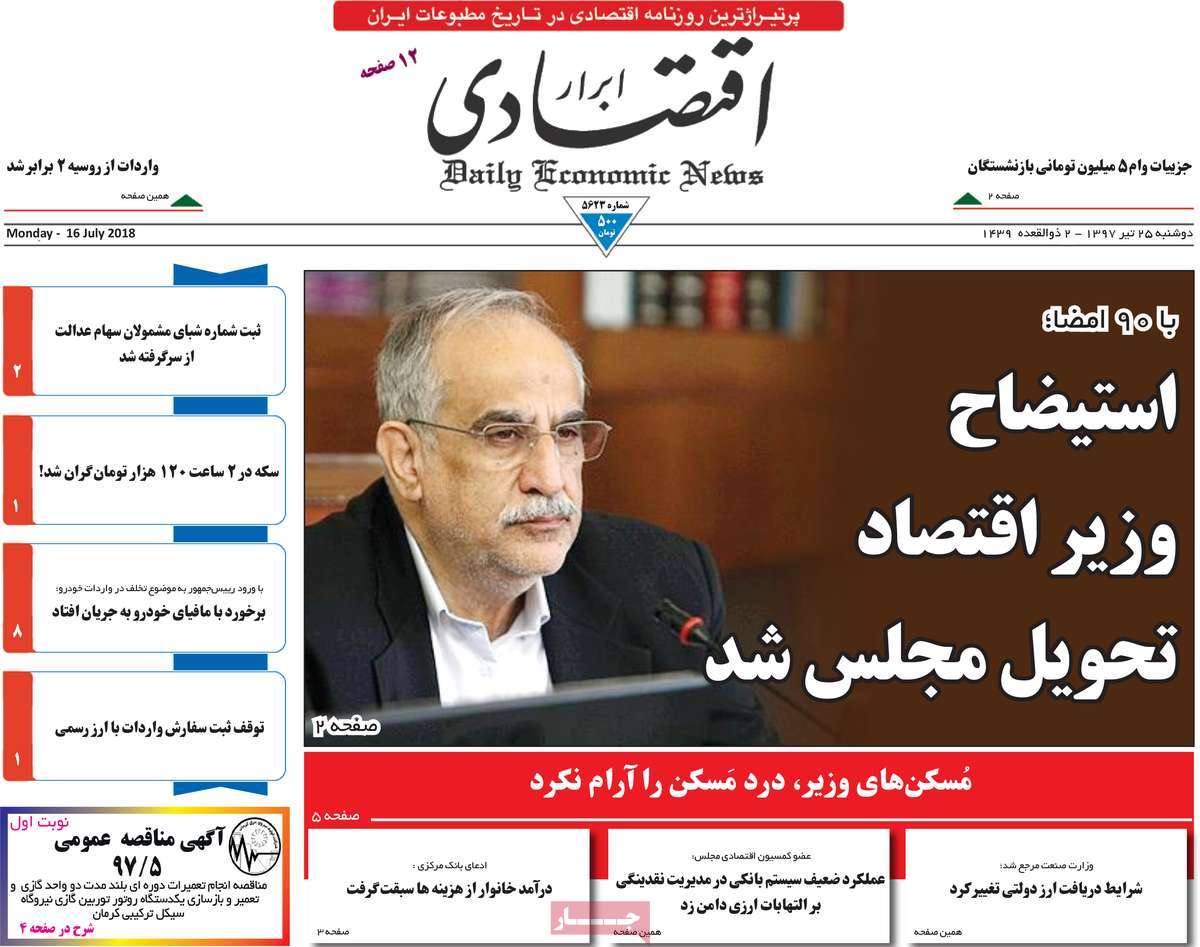 1- Iran Leader: Ties with Both East, West Must Be Reinforced

1- Father-in-Law of Rouhani’s Son: President Goes Home Once in Every 3 Nights 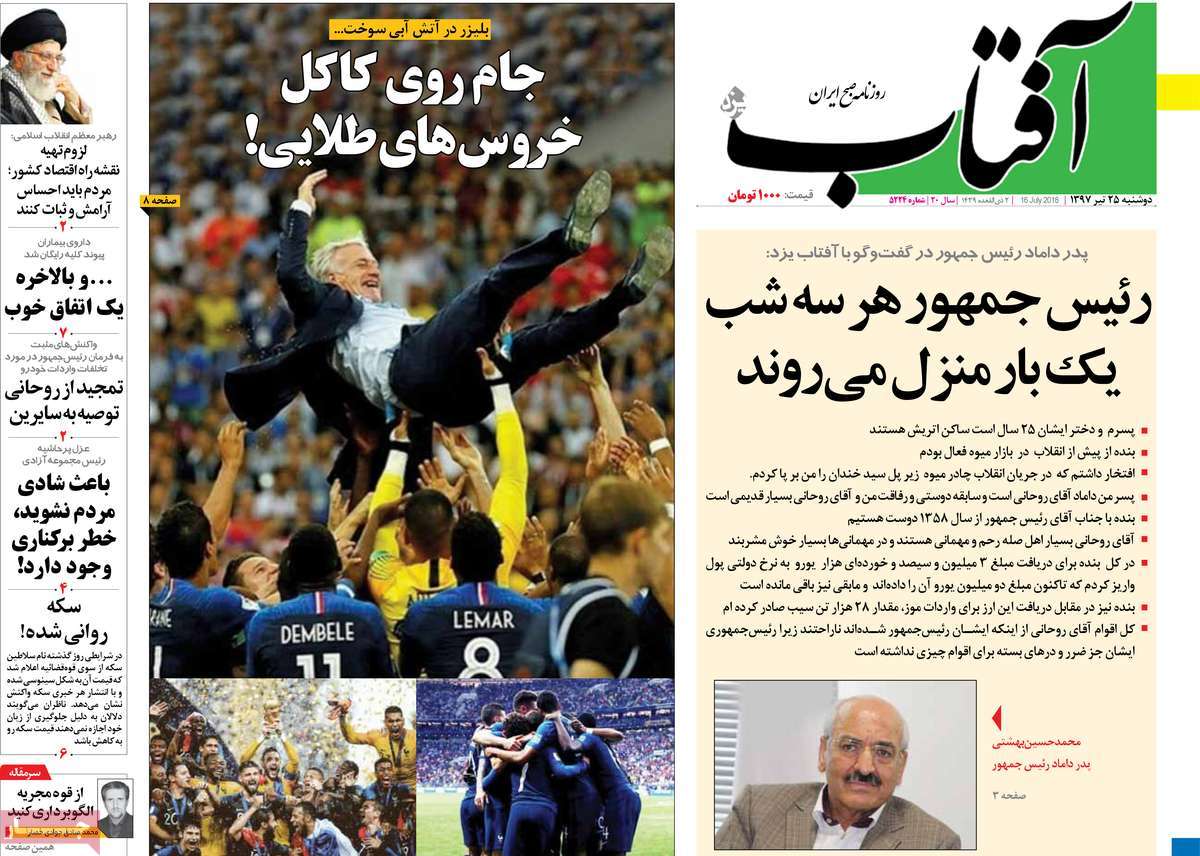 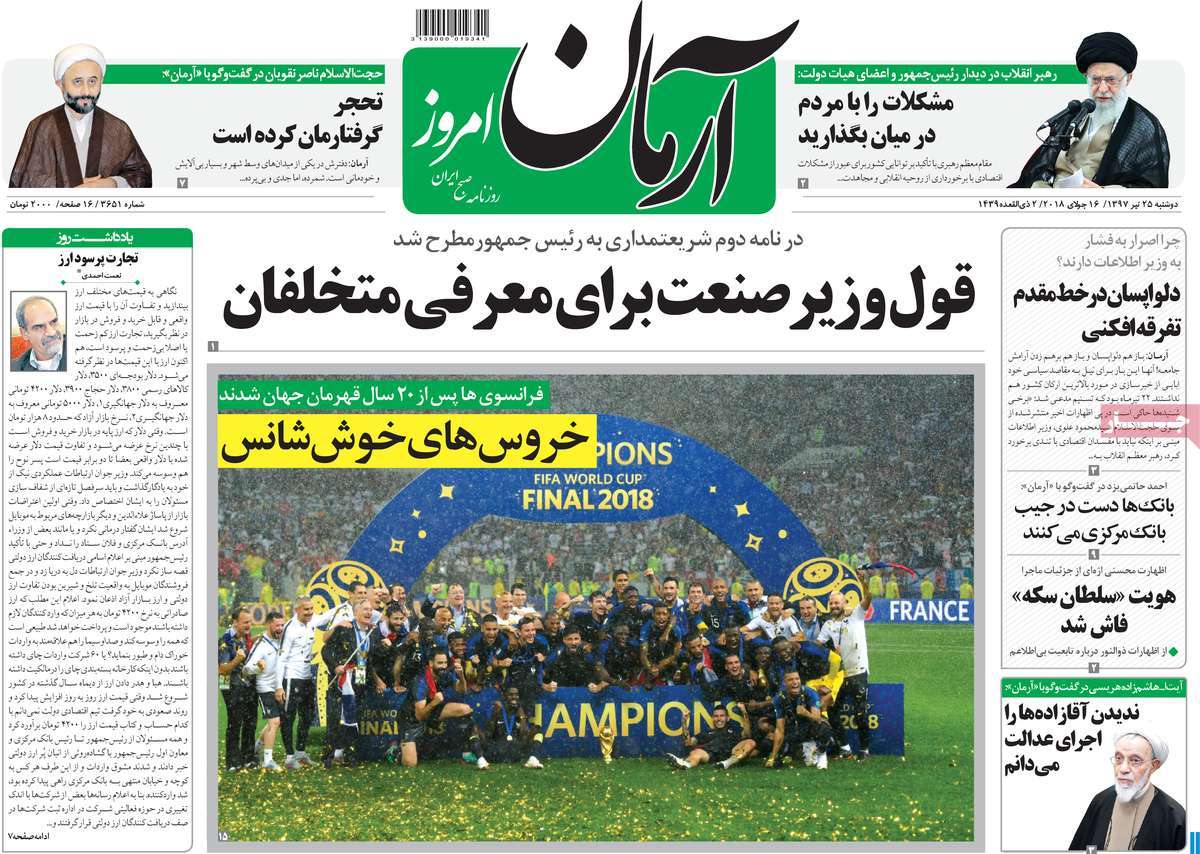 2- No Brexit? UK Government Warns about Exiting EU amid Trump’s Remarks in London

3- Tsar and Businessman to Discuss a Deal in Helsinki 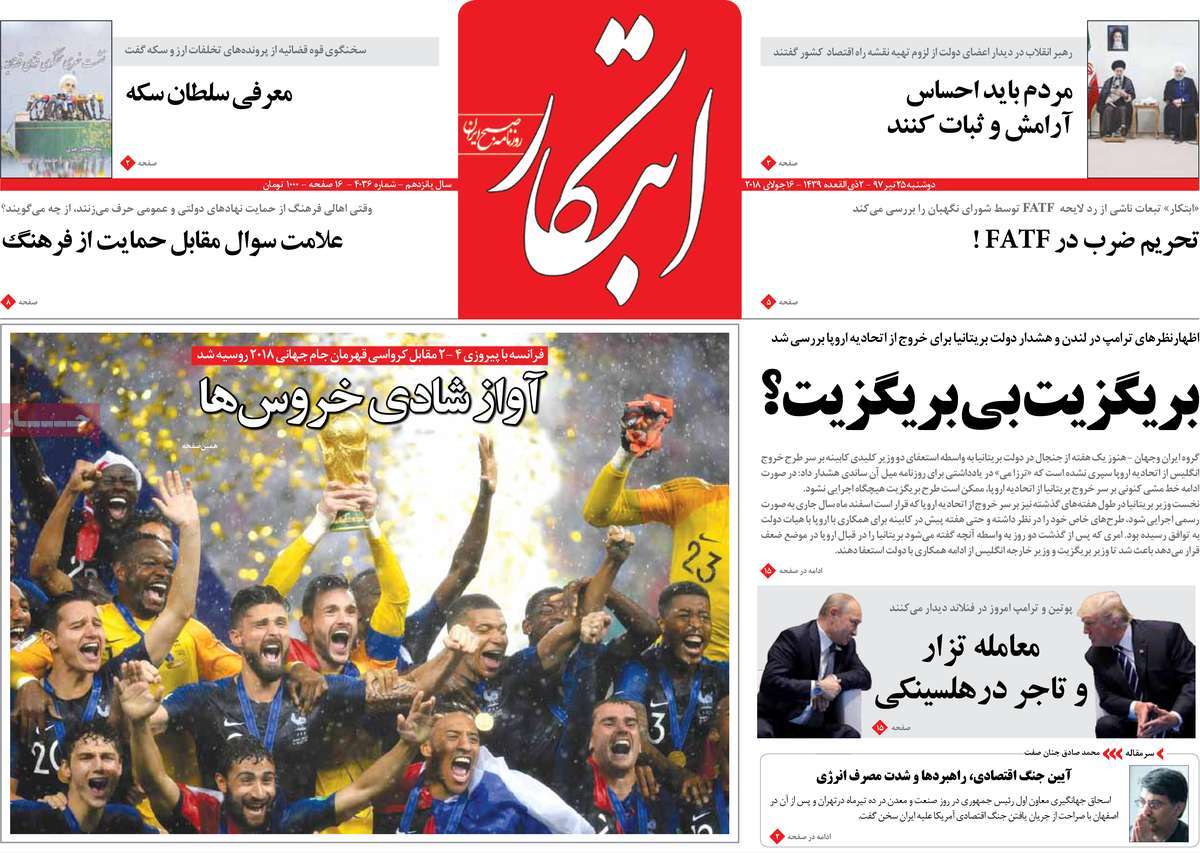 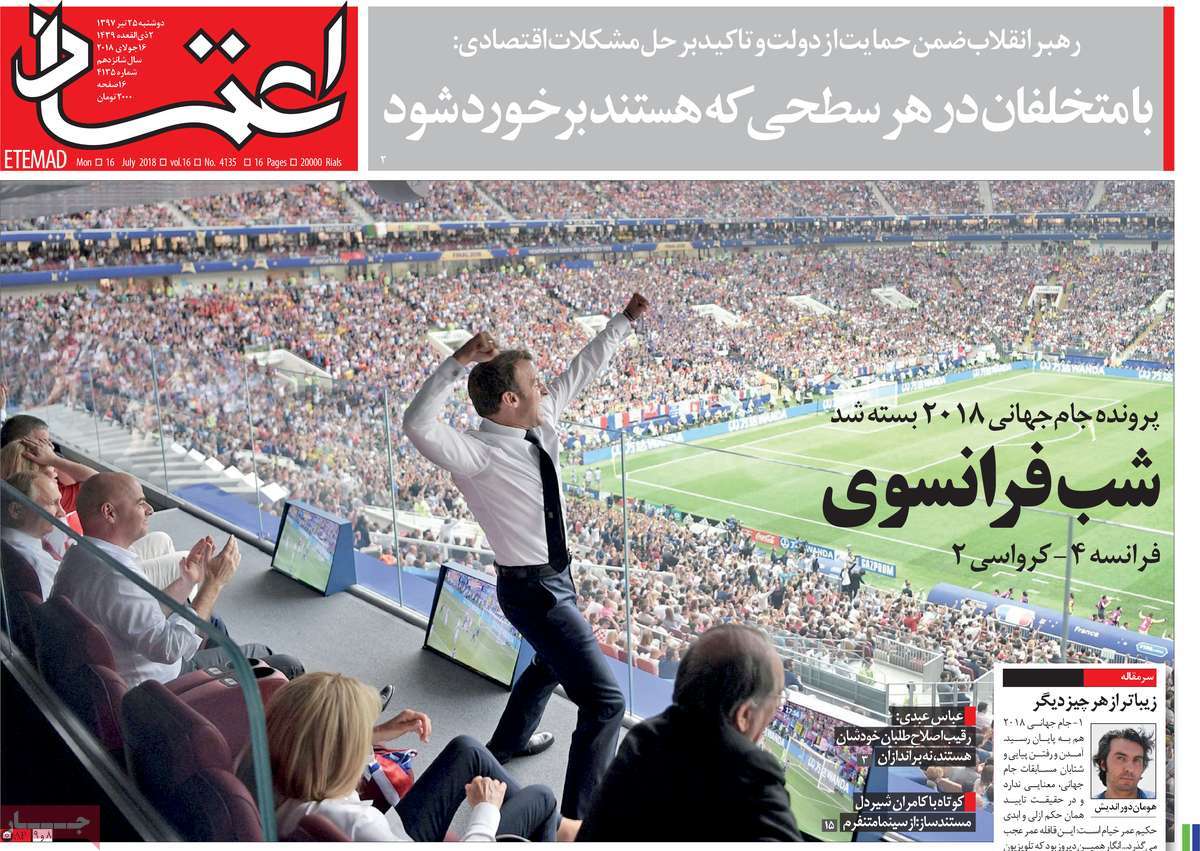 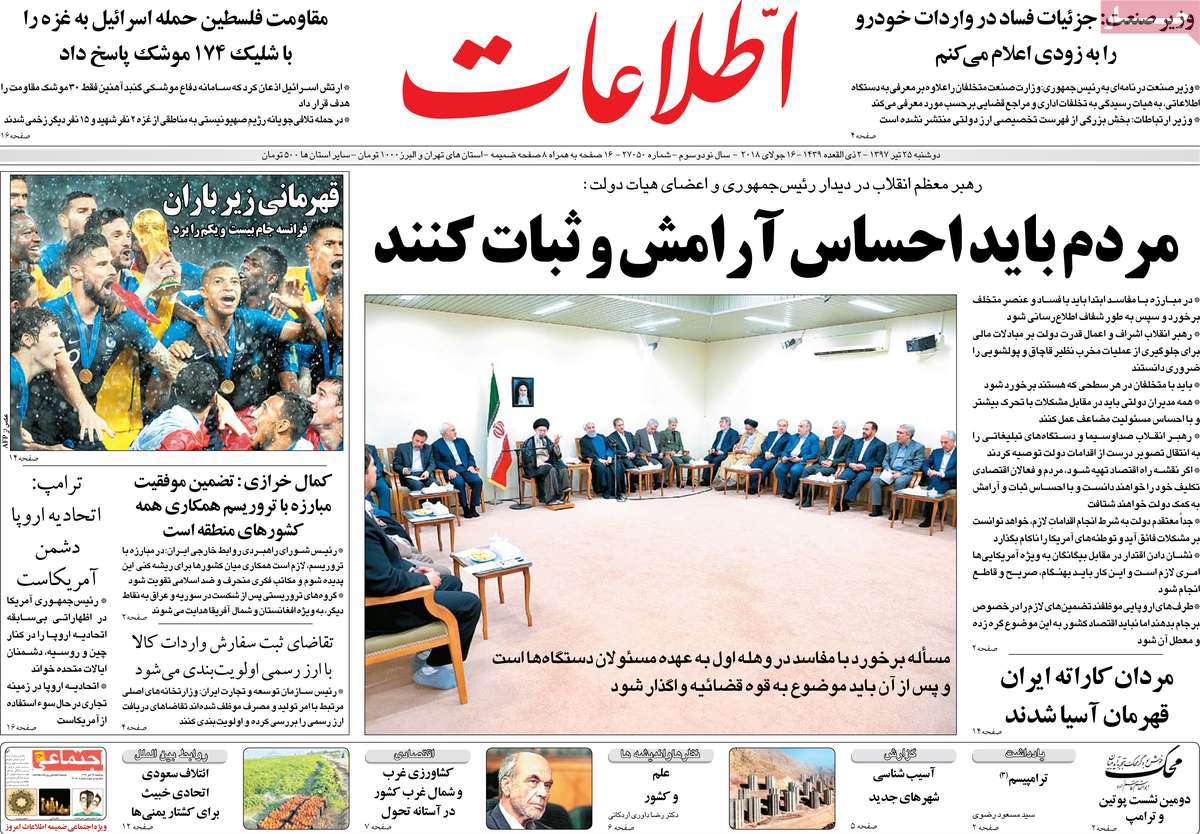 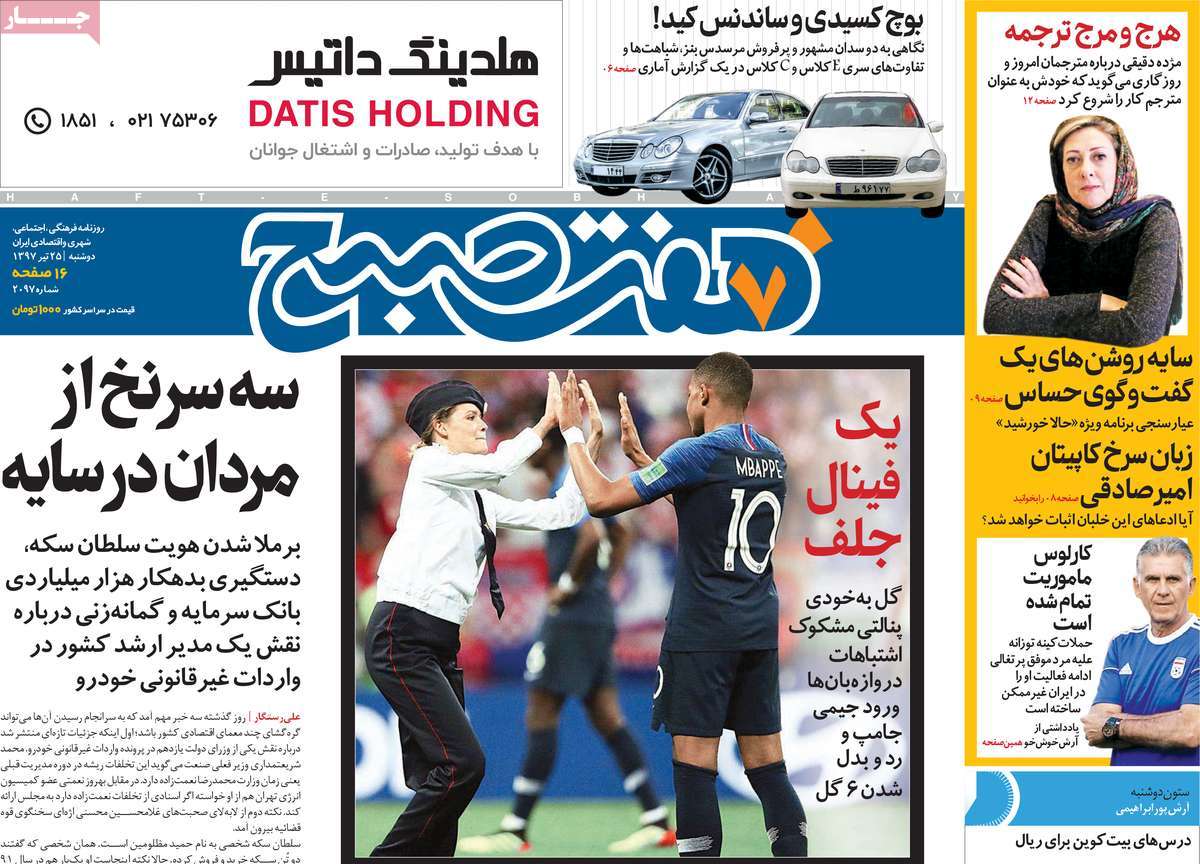 1- Forced Migration of Southerners to North 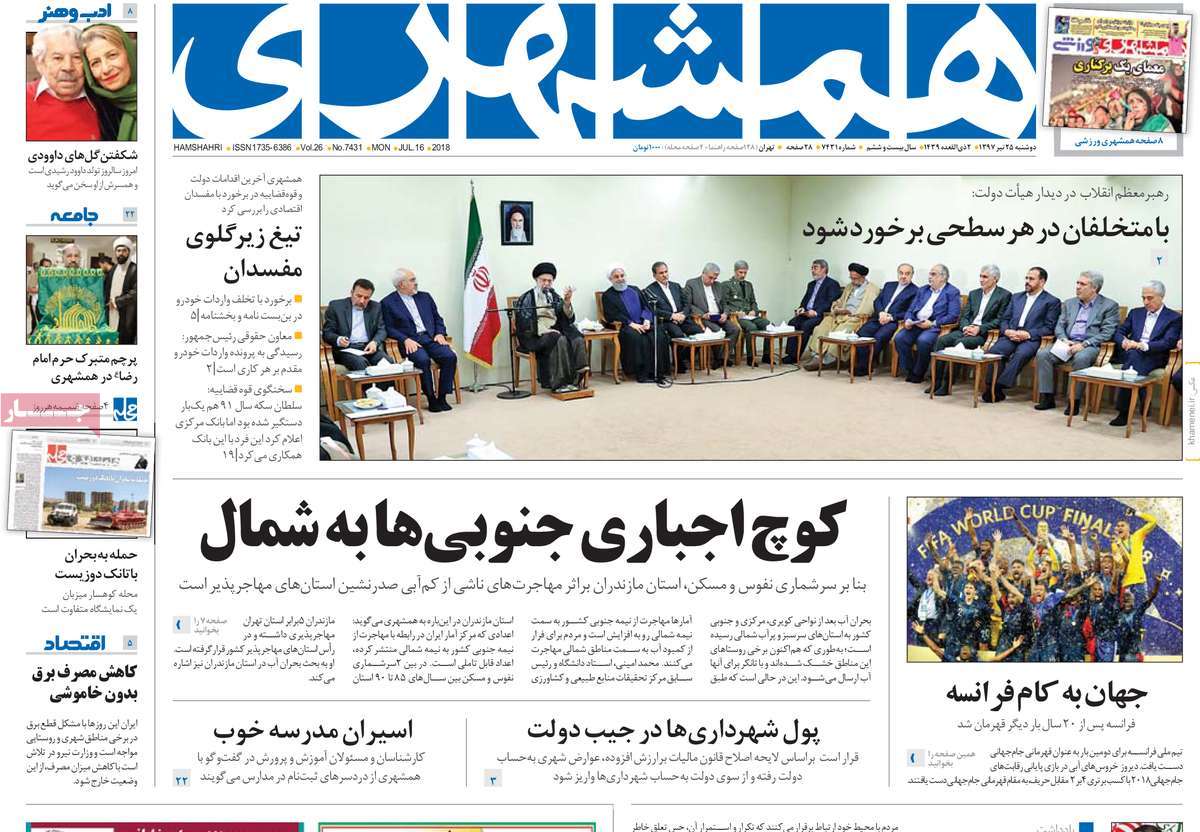 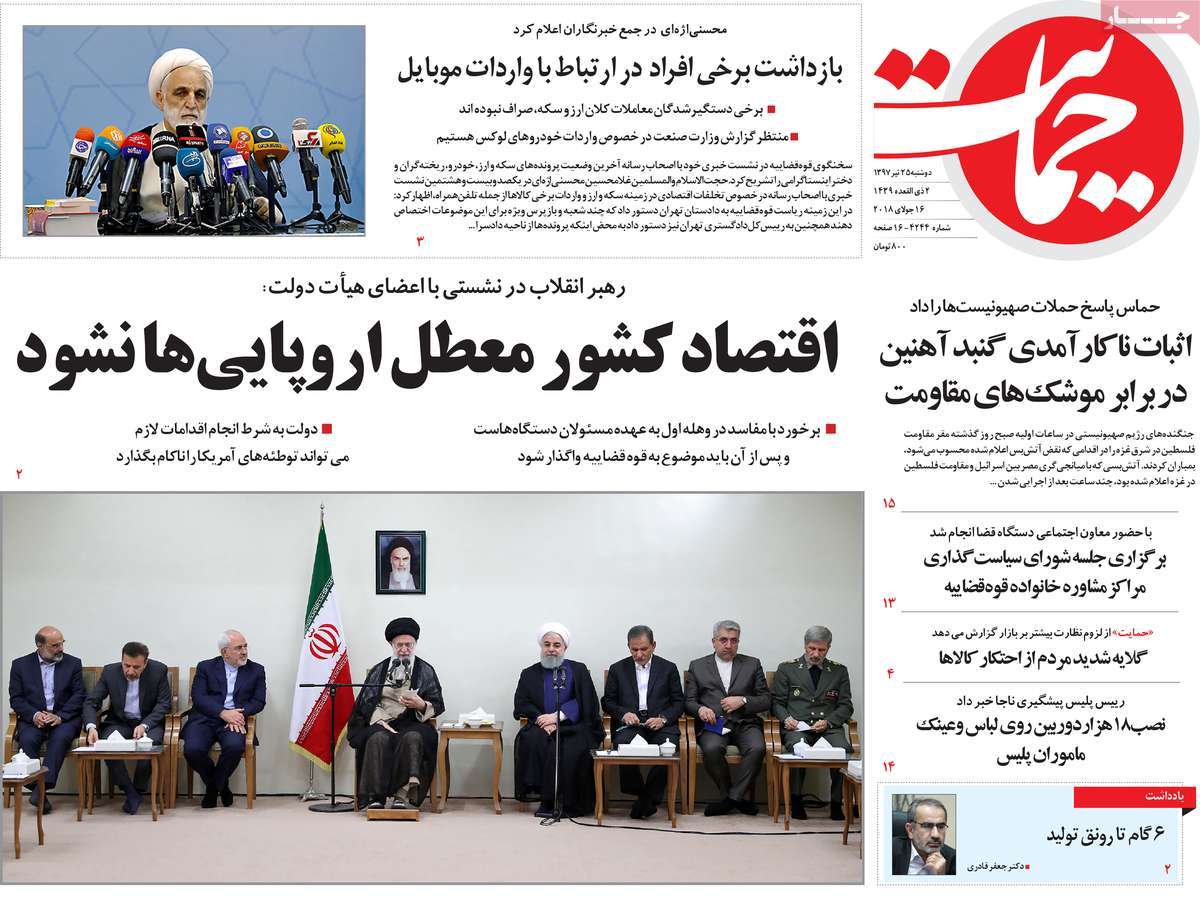 1- Government Can Do It: Leader

1- Zarif: I Knew US Cannot Be Trusted 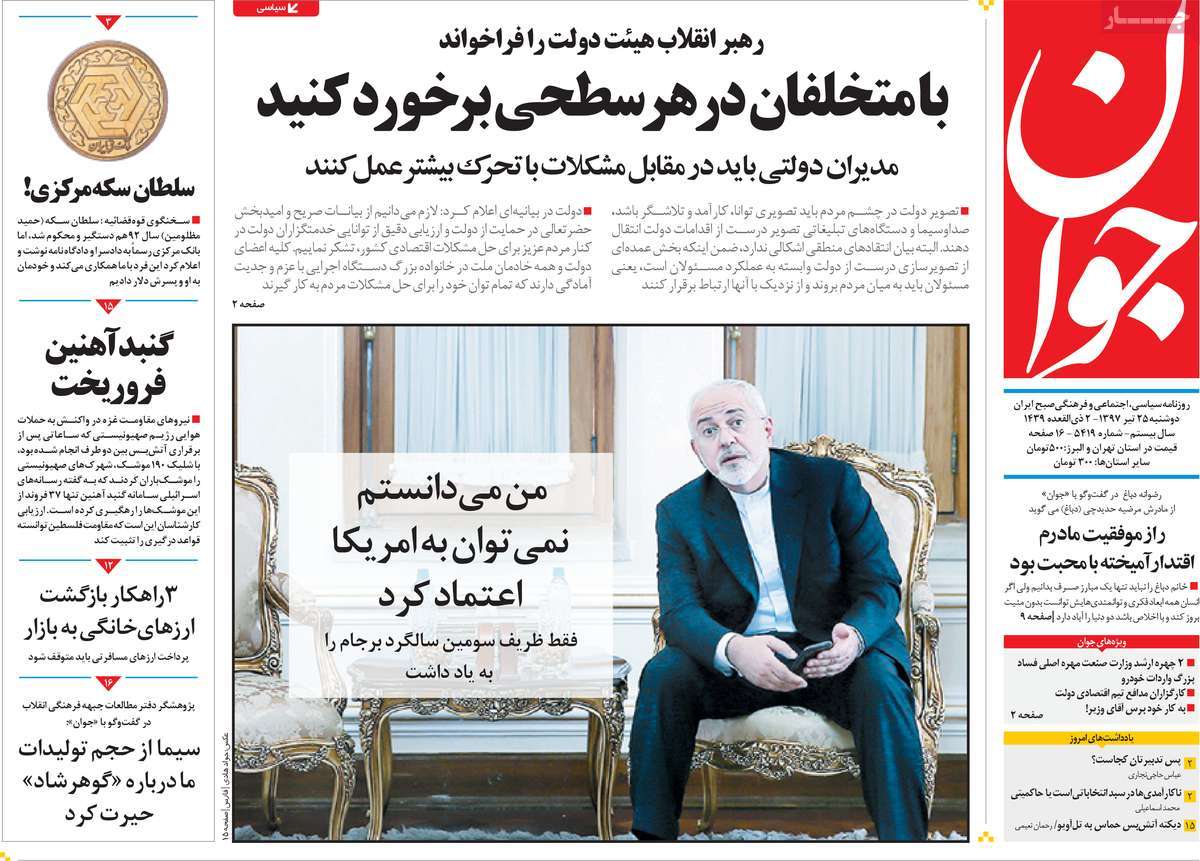 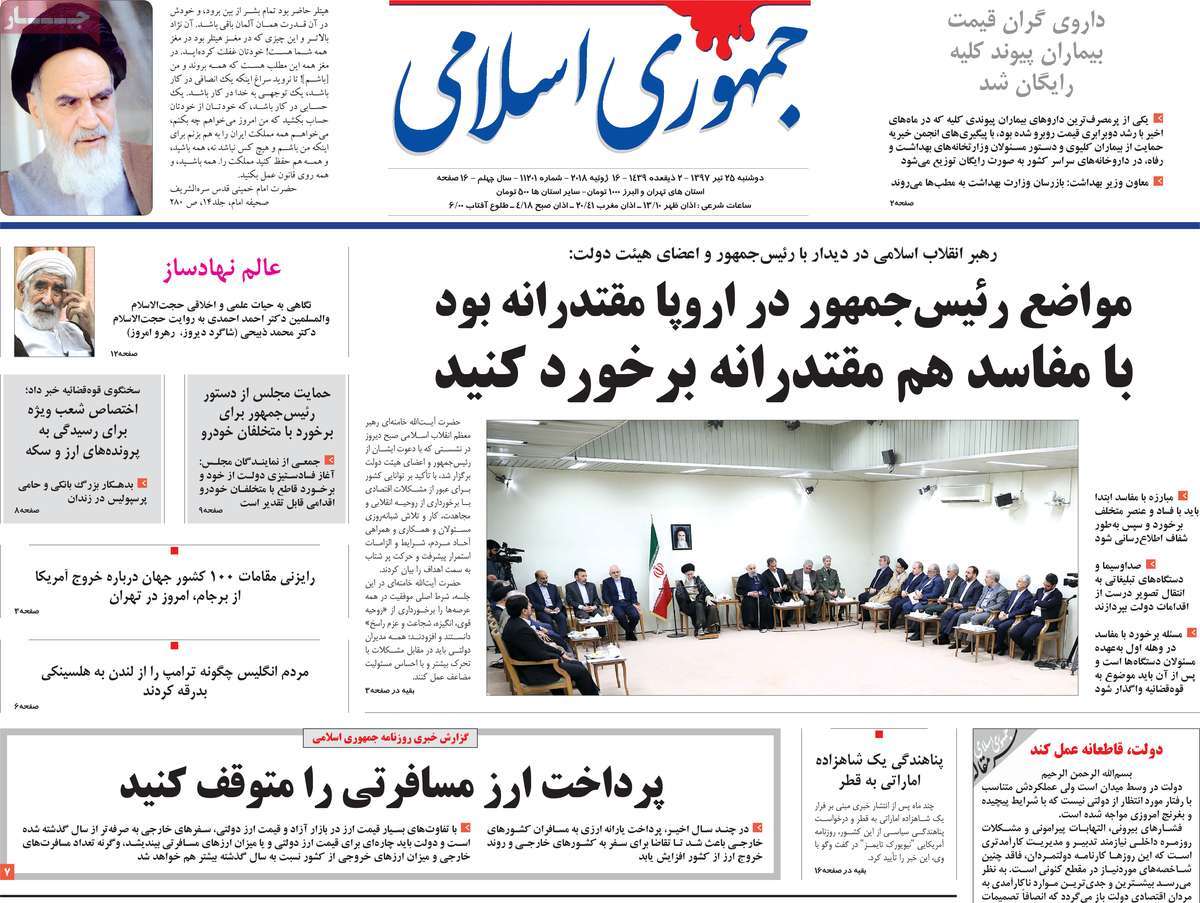 1- Iran Leader: Those Violating the Law Must Be Countered at Any Level 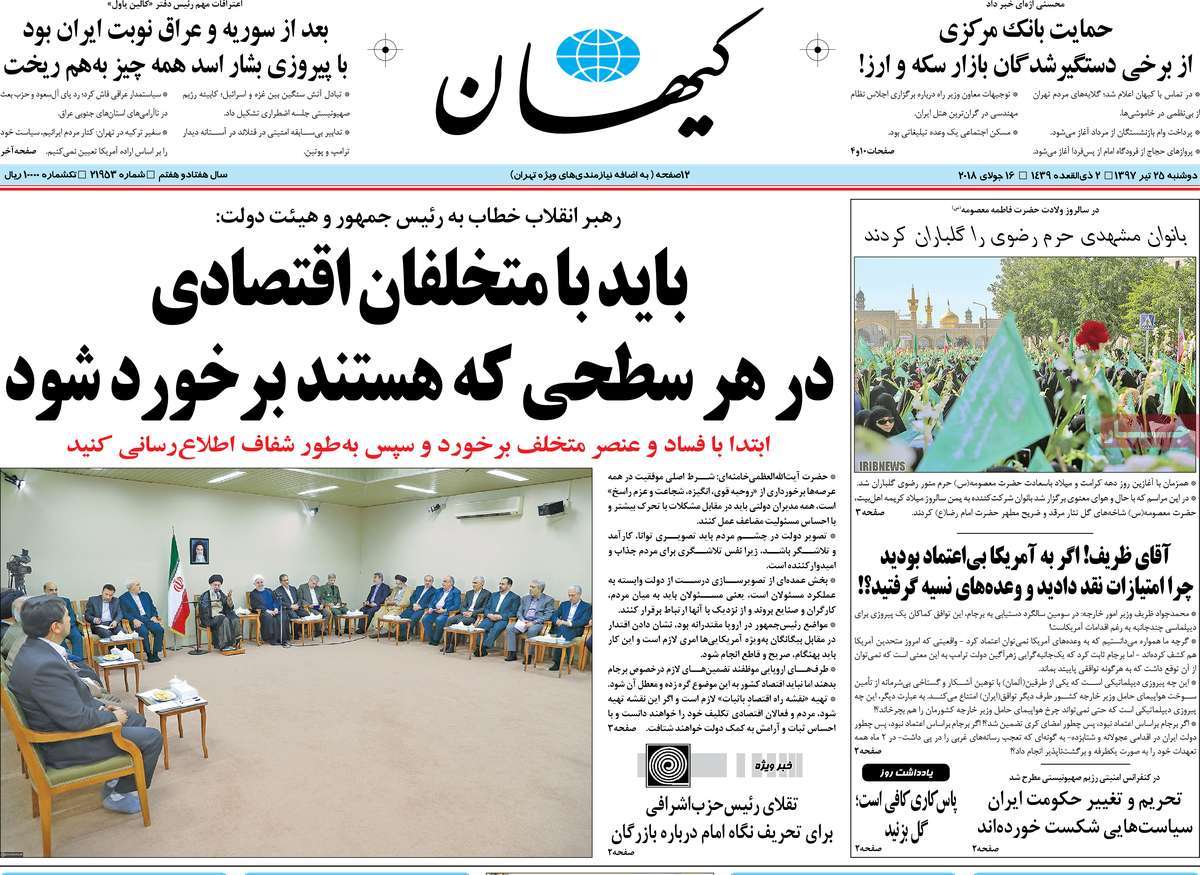 1- Persian Qanats to Be Revived 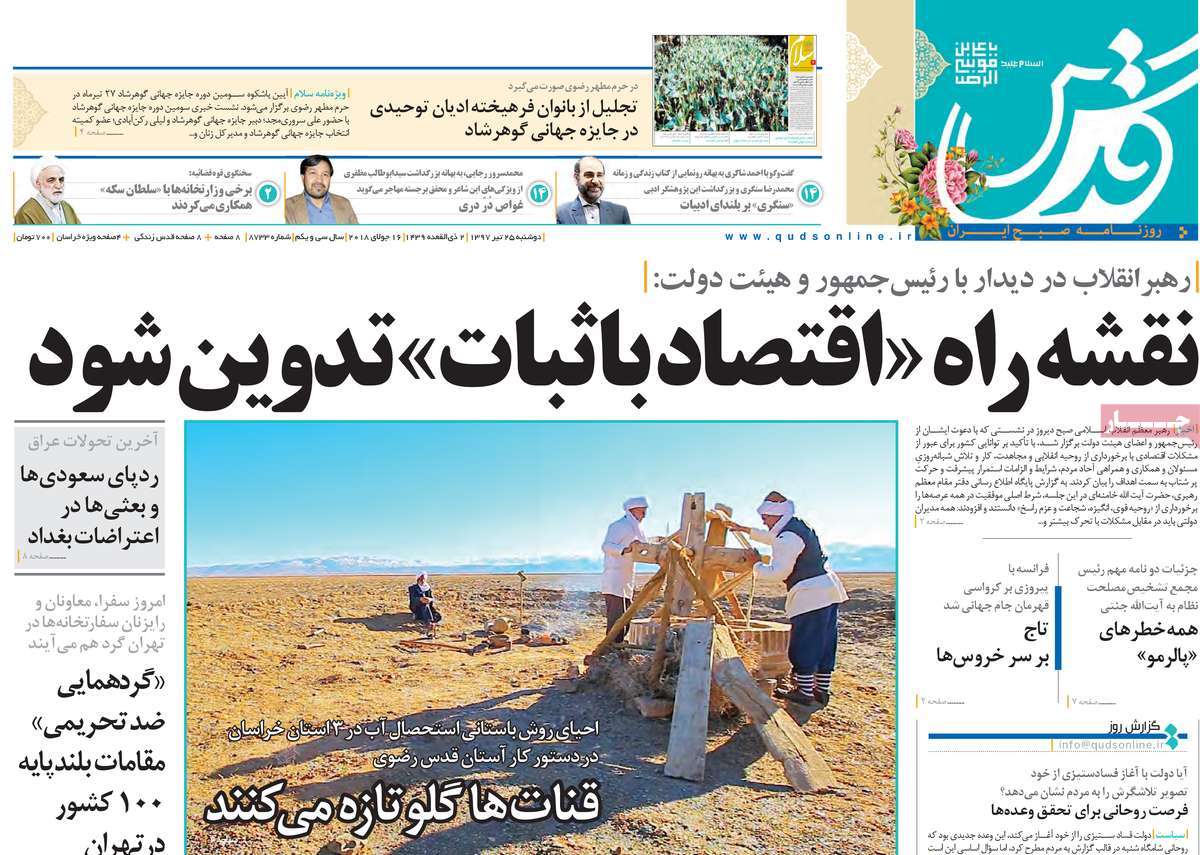 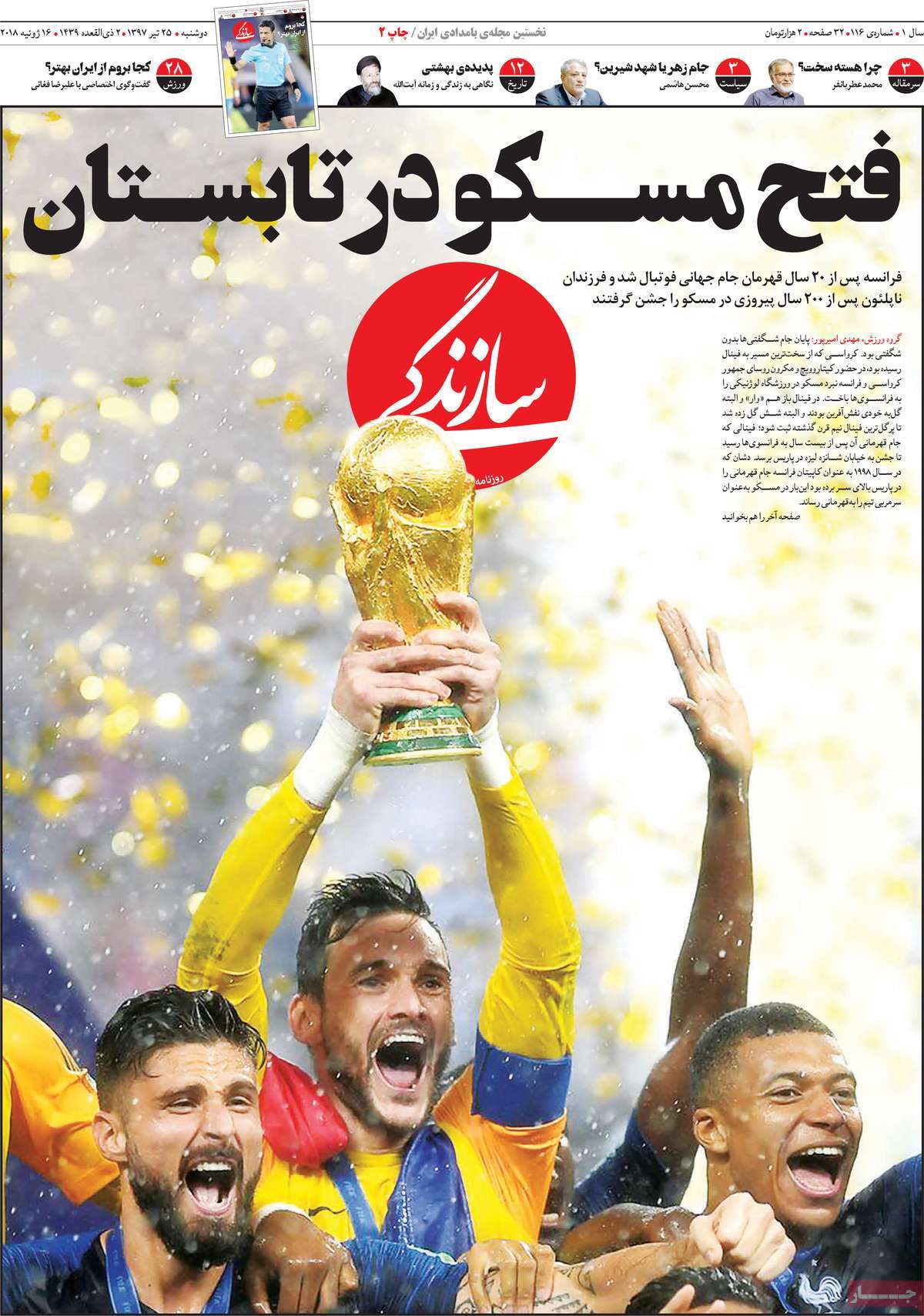 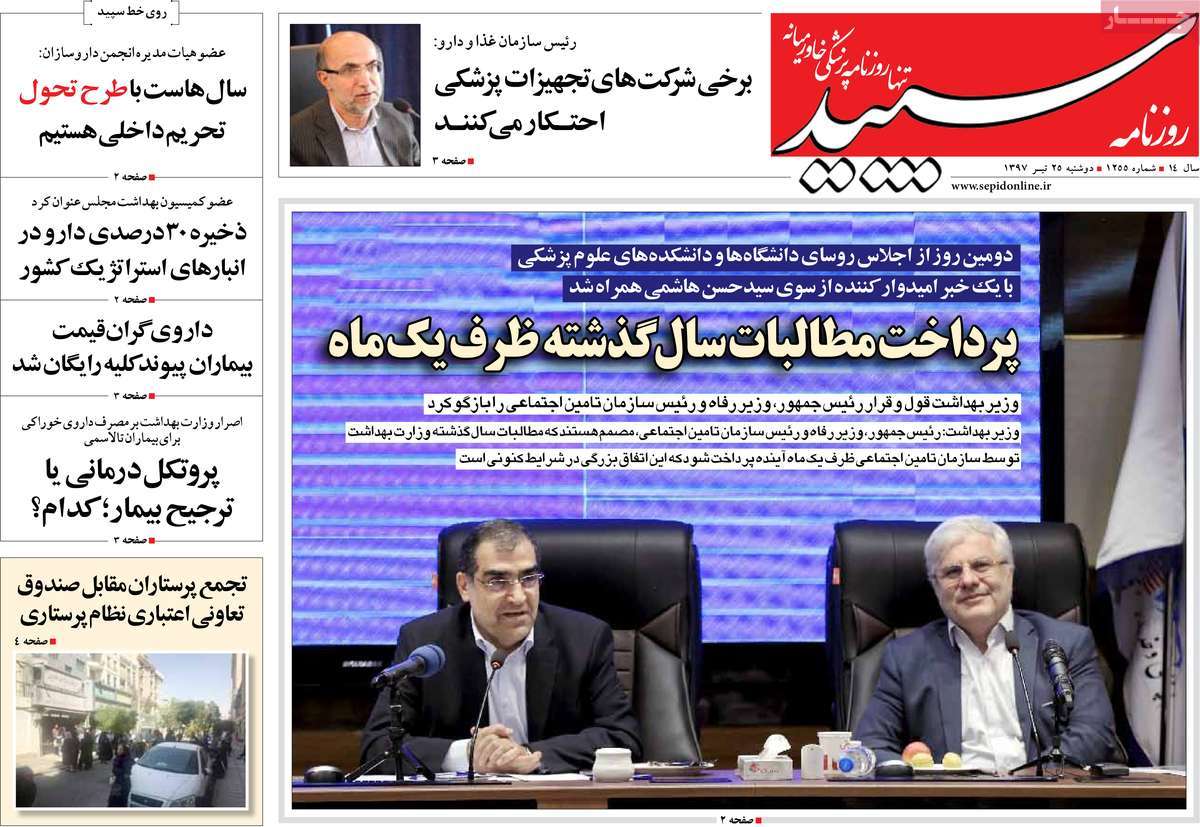 1- Trump before Meeting Putin: It’s Good to Get Along with Russia, China; It’s Not Bad! 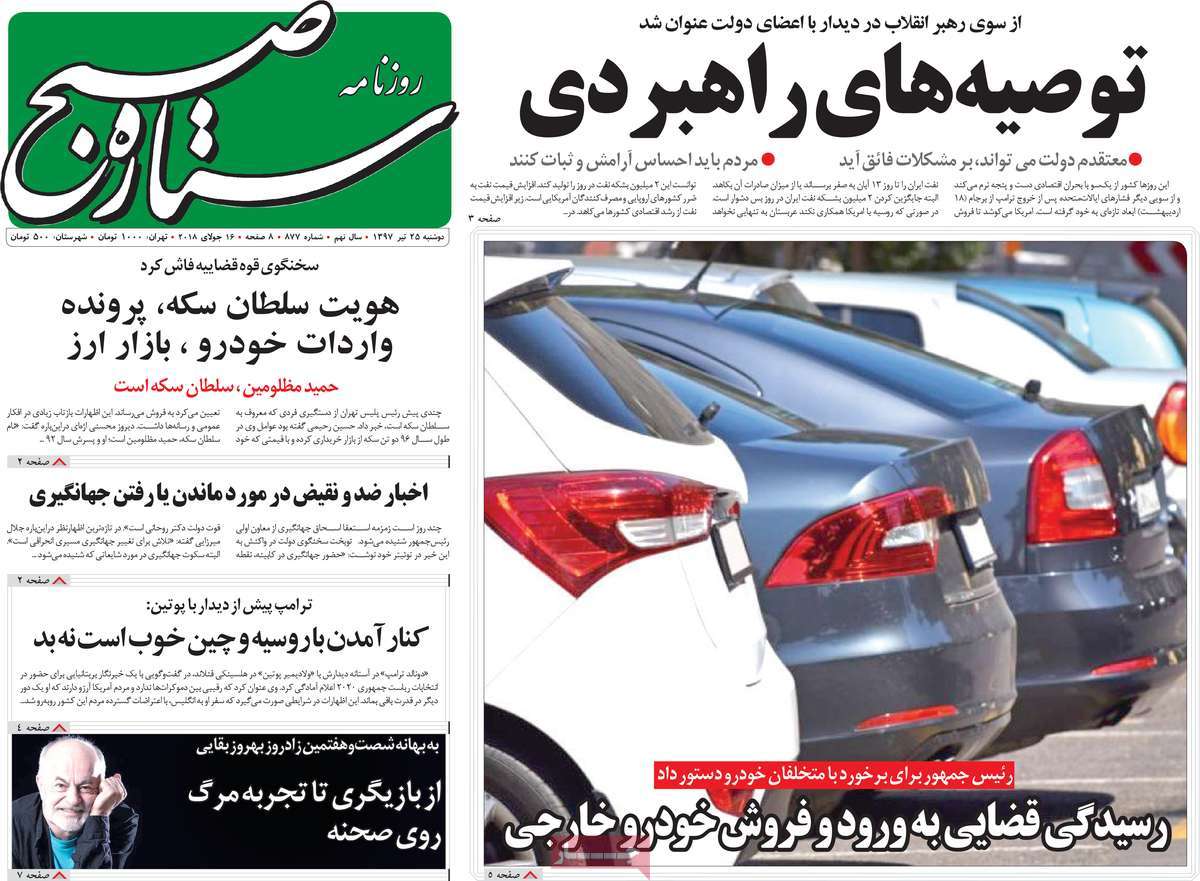 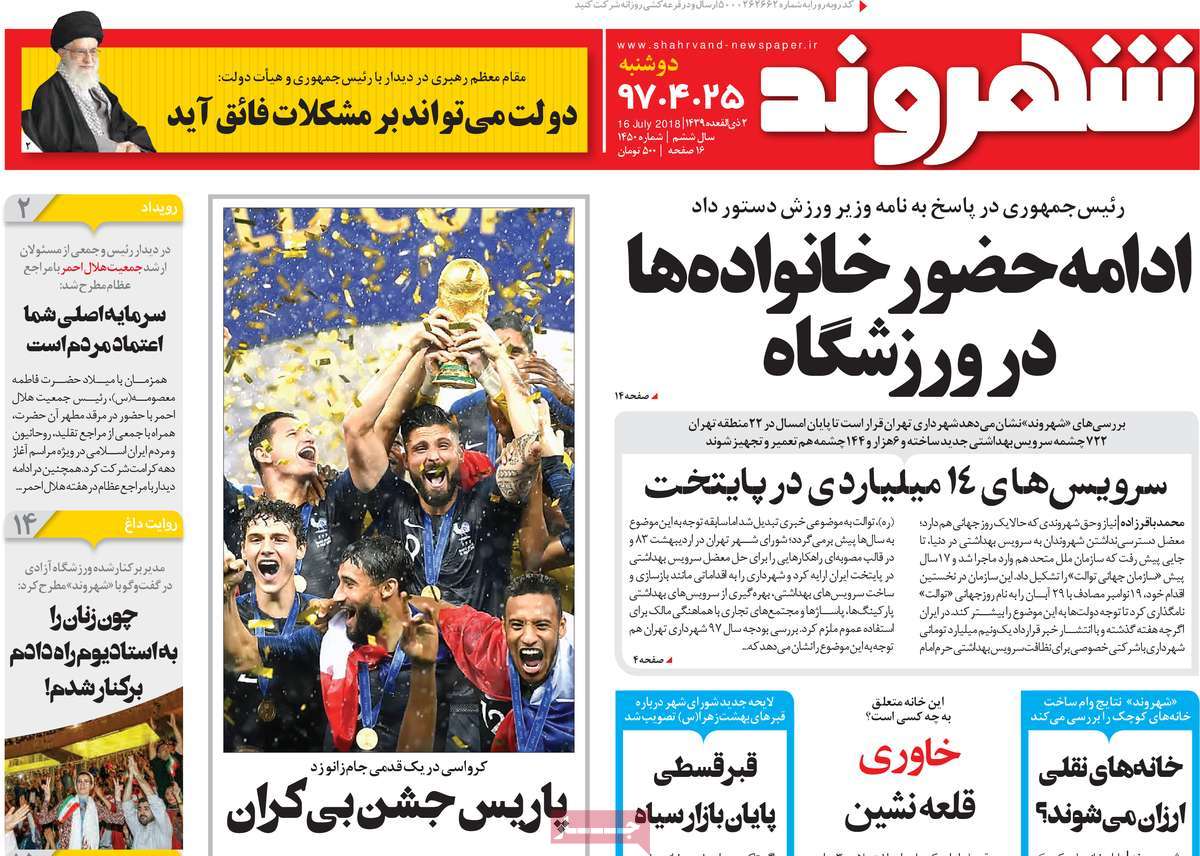 2- Turkish Ambassador to Tehran: We’ll Try to Minimize Impacts of US Sanctions on Iran 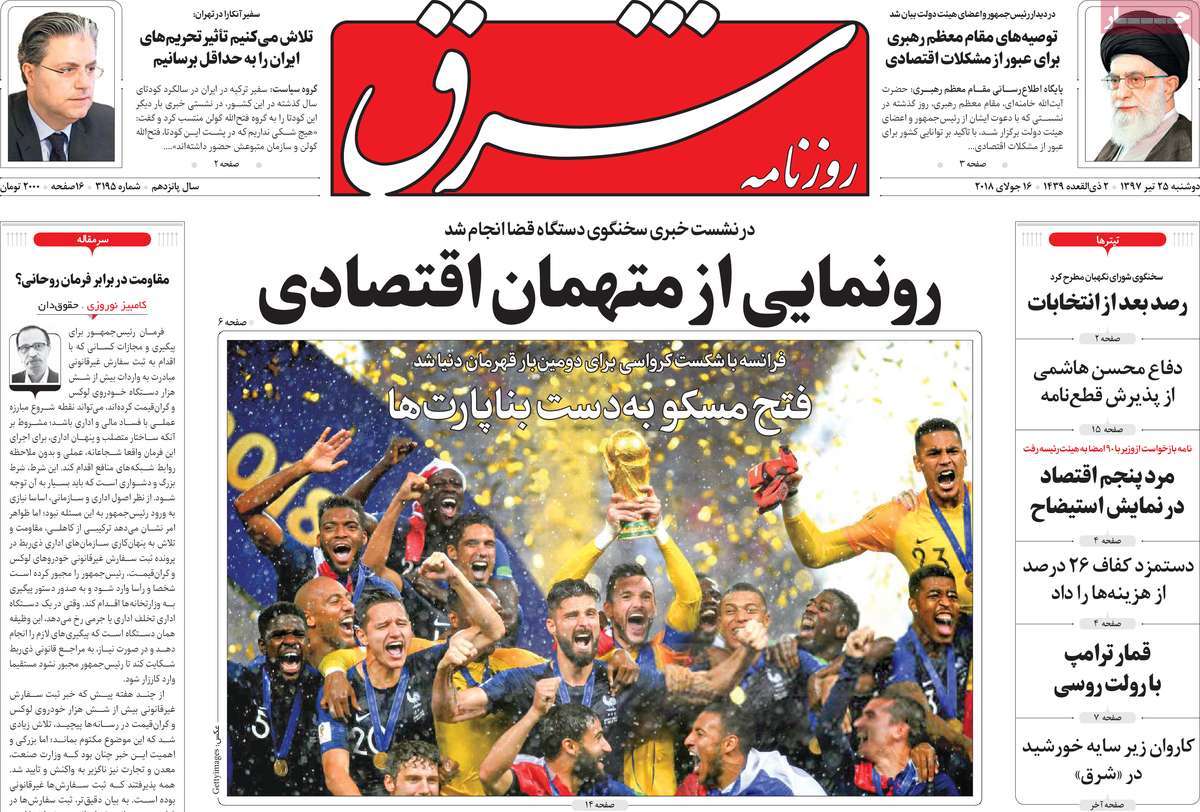