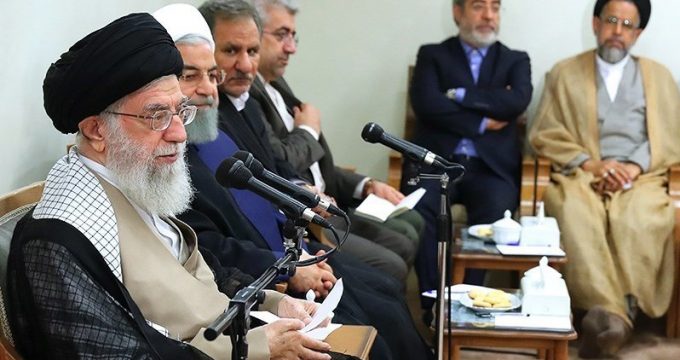 IRNA – Iranian Supreme Leader urged the officials to develop more foreign relations and diplomacy with the world as well as projecting a powerful image of the country’s stances.

The Supreme Leader in a meeting with Iran’s President Hassan Rouhani and his cabinet members emphasized the importance of projecting a powerful image, particularly in dealing with the West.

Ayatollah Khamenei admired the stances taken by President Rouhani in his recent visit to the Europe.