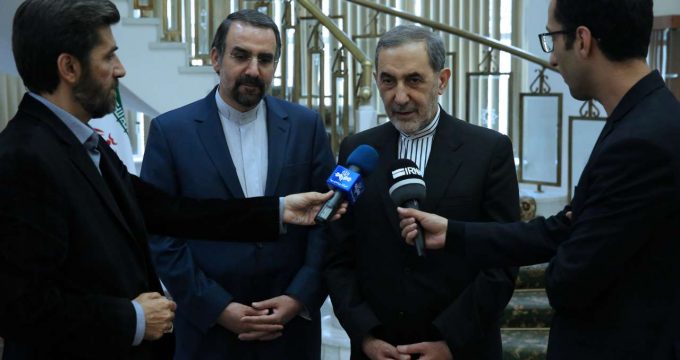 TASS – Oil deliveries from Persian Gulf countries won’t stop, if all the states in the region will be able to carry out its transit, an adviser says

Oil deliveries from Persian Gulf countries won’t stop, if all the states in the region will be able to carry out its transit, the international affairs adviser to Iran’s supreme leader Ayatollah Ali Khamenei said at the Valdai discussion club on Friday.

Ali Akbar Velayati thus commented on the possibility of the closing of the Strait of Hormuz oil route.

Tehran will cope with potential difficulties after the US reintroduce sanctions against Iran’s crude exports, he said.

“It will be hard, but we have learnt how to do marketing, how to receive money for oil,” Velayati said. “There are no unsolvable issues. There will be problems but they will not remain unsettled.”

“What the United States wants to do is more of psychological influence,” he said. “Yes, the oil price will be surging. This will hurt consumers but will be beneficial for producers.”

The US plans to slap sanctions on Tehran this summer. Earlier, the Department of State said that the first restrictions would target Iran’s car making sector and trade in gold. The remaining sanctions, which are against the country’s energy sector, will come into effect on November 4.

The Islamic Revolutionary Guard Corps (the elite unit of the Iranian armed forces) earlier threatened to blockade the Strait of Hormuz to prevent oil transportation to other countries, if the United States continued its sanctions policy against Iran. In response, the Pentagon has stated it is ready to ensure the freedom of shipping in the region.

US President Donald Trump announced on May 8 that Washington had decided to withdraw from the Joint Comprehensive Plan of Action (JCPOA) – the deal that had been signed in 2015 to restrict Tehran’s nuclear developments in exchange for lifting the corresponding UN Security Council sanctions and unilateral restrictions imposed by the United States and the European Union. The US president pledged both to re-introduce previous sanctions and impose new restrictive measures within 90-180 days.