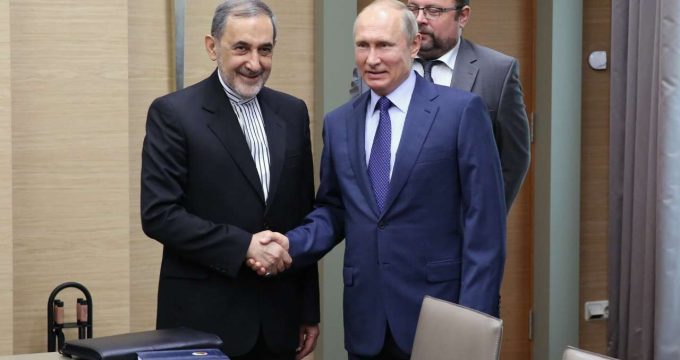 IFP – Ali Akbar Velayati, an international adviser to the Leader of the Islamic Revolution, says Russian President Vladimir Putin, who is going to meet his US counterpart in Helsinki, is a logical and predictable politician unlike Donald Trump.

Velayati described Putin as a logical, brave and predictable politician with clear positions, saying, “Their summit is significant and the whole world should be aware that Trump is not striding in the right direction and he is delusional when it comes to running his country,” he said.

He further noted that Iran has no plan for holding any negotiation with the US, particularly the Trump administration

Velayati referred to the US’ illegal withdrawal from the multinational Iran nuclear deal and said Washington violated the very deal which had been confirmed by the United Nations Security Council.

“Amid such situation, is it logical for us to sit for talks with the US to hear unsubstantiated remarks?” he was quoted as saying in a report by IRNA.

Touching on Iran-Russia relations in the oil area, Velayati said Iran sells oil to Russia and receives its money.

Photo of meeting between Iran’s special envoy Ali Akbar Velayati and Russian President Vladimir in Putin in Moscow in July 2018. The way President Putin sat in front of Velayati sparked positive reactions by experts and diplomats, who described it as a sign of warm and strategic ties between the two countries.

“We have got accustomed to problems facing in selling our oil over the past decades. We don’t see any serious problem. The sanctions could hamper our efforts but we know how to market and sell our oil amid the sanctions,” he said.

He went on to say that the Islamic Republic has signed agreements with three Russian oil companies and “Putin has expressed his country’s preparedness to make investment in Iran.”

According to Velayati, Iran-Russia relations date back to 500 years ago and the relations are too strong to be overshadowed by trivial issues. “Tehran attaches significant importance to its relations with Moscow and the two sides have good cooperation in Syria.”

He then referred to the anti-Iran campaign of the Israeli Prime Minister Benjamin Netanyahu and said Iran doesn’t care about his moves and even the western countries have realized that his words should not be taken seriously.