A Look at Iranian Newspaper Front Pages on July 14

Iran Front Page – IFP has taken a look at the front pages of Iranian newspapers on Saturday, July 14, 2018, and picked headlines from 20 of them. IFP has simply translated the headlines and does not vouch for their accuracy.

The top story in all newspapers today was the visit of Ali Akbar Velayati to Moscow as the special envoy of Iran, who delivered messages from Iran’s Leader and President to Vladimir Putin. His comments after meeting the Russian president particularly received great attention, and were the focus of headlines in a number of papers.

Also a top story was US President Donald Trump’s visit to London, which outraged many Britons who took to the streets to hold protest rallies against the trip.

A meeting of the North Atlantic Treaty Organisation (NATO) and Trump’s comments during the summit also received great coverage. 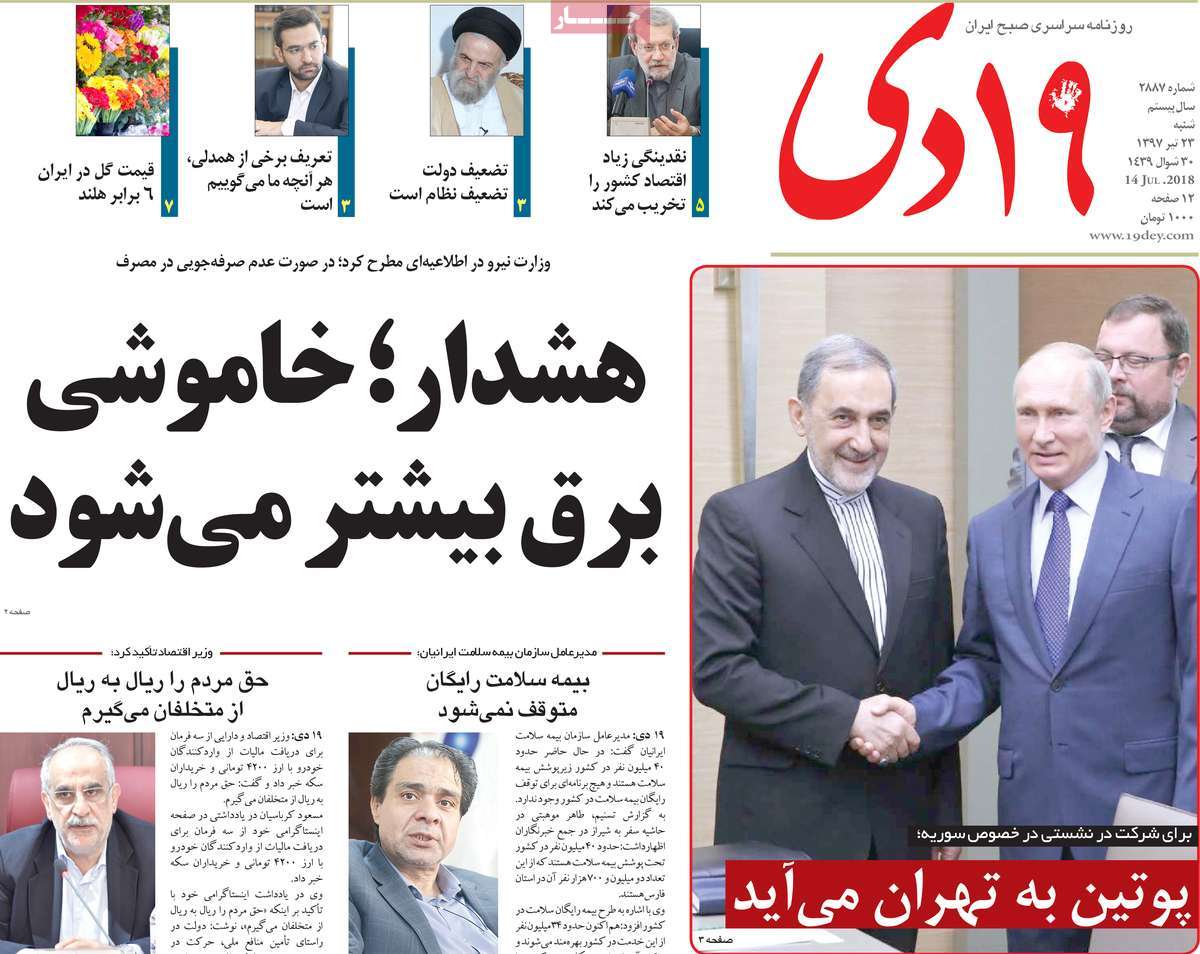 1- US Threatens to Impose Sanctions on China, Russia, Europe If They Keep Importing Iran’s Oil 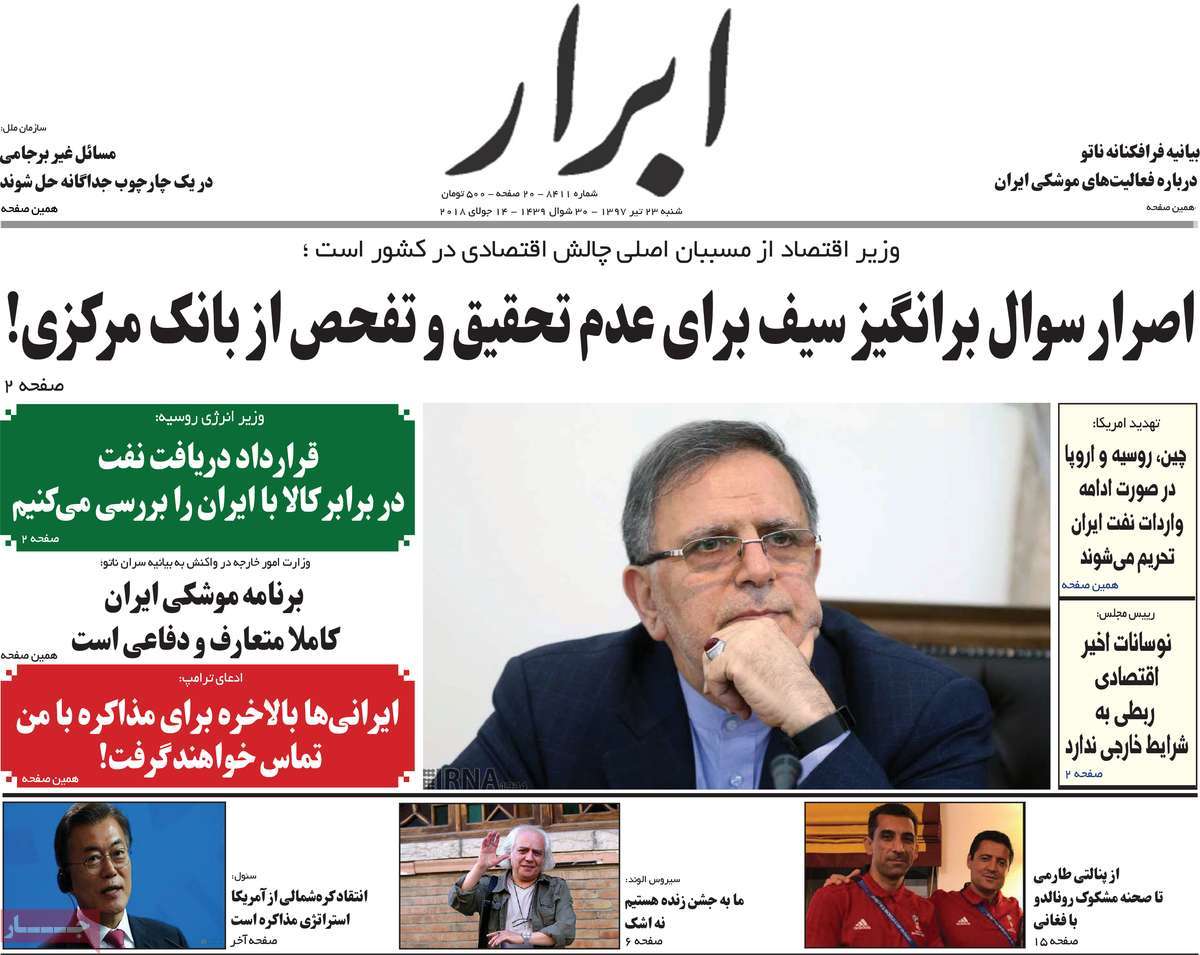 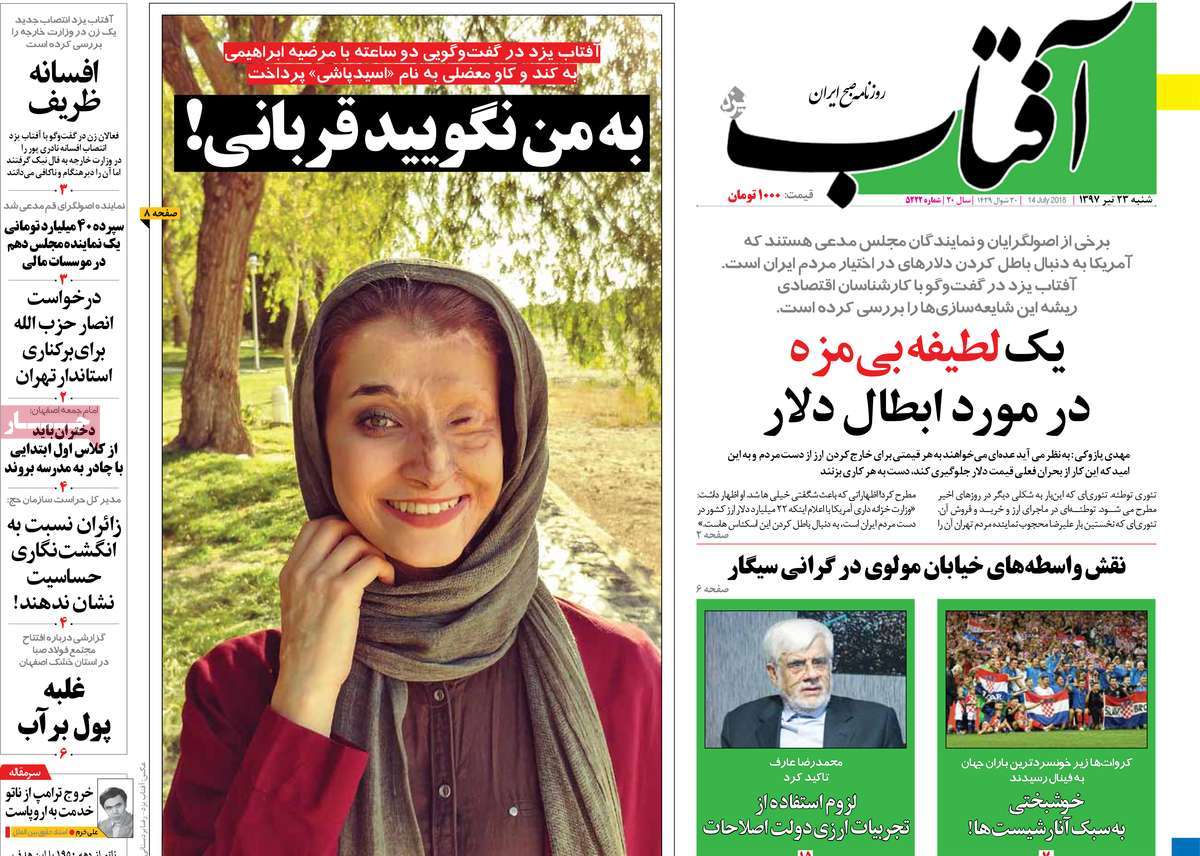 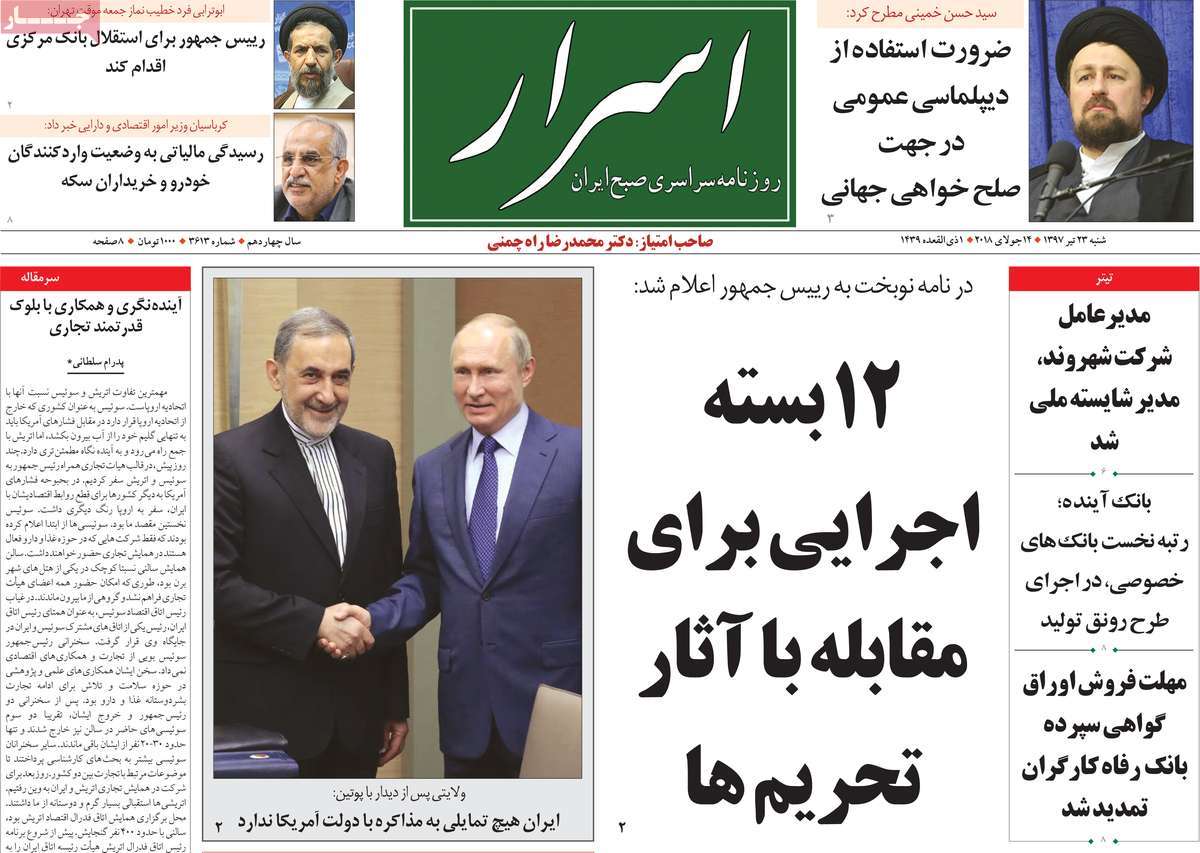 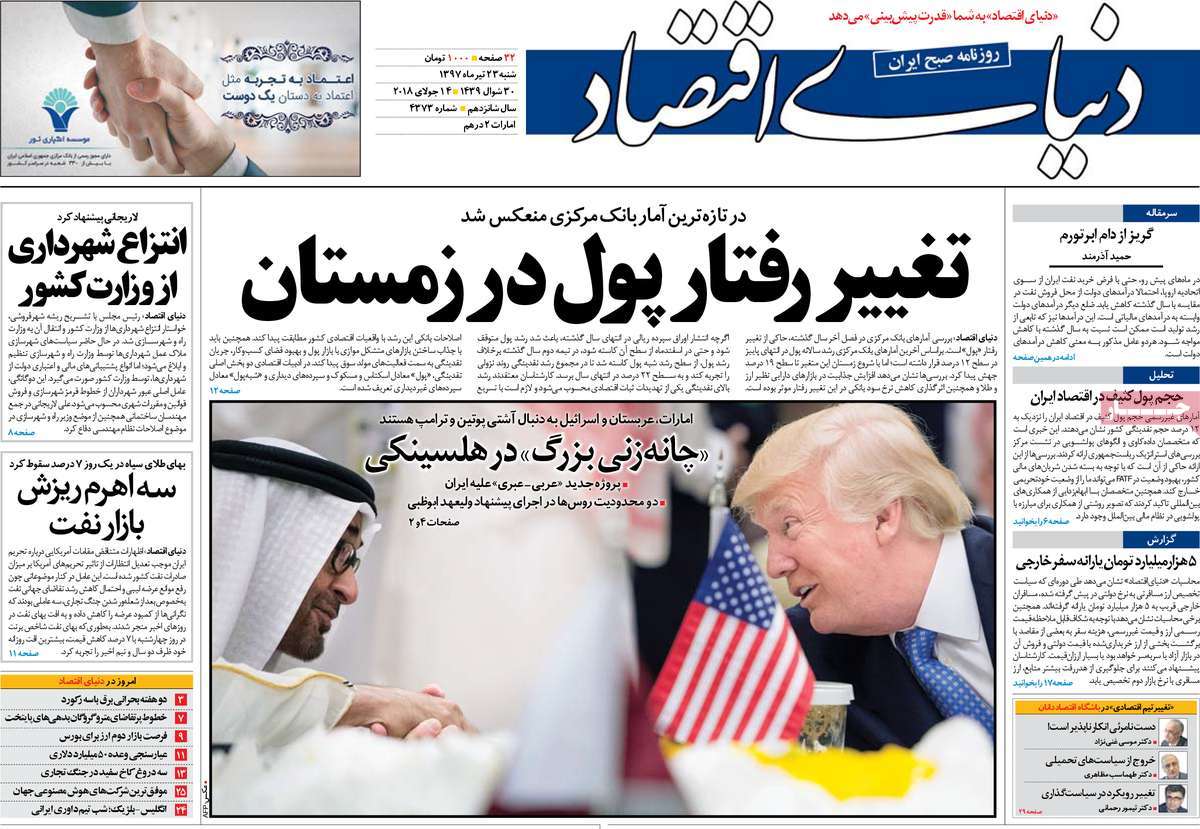 1- A Report on Trump’s European Tour 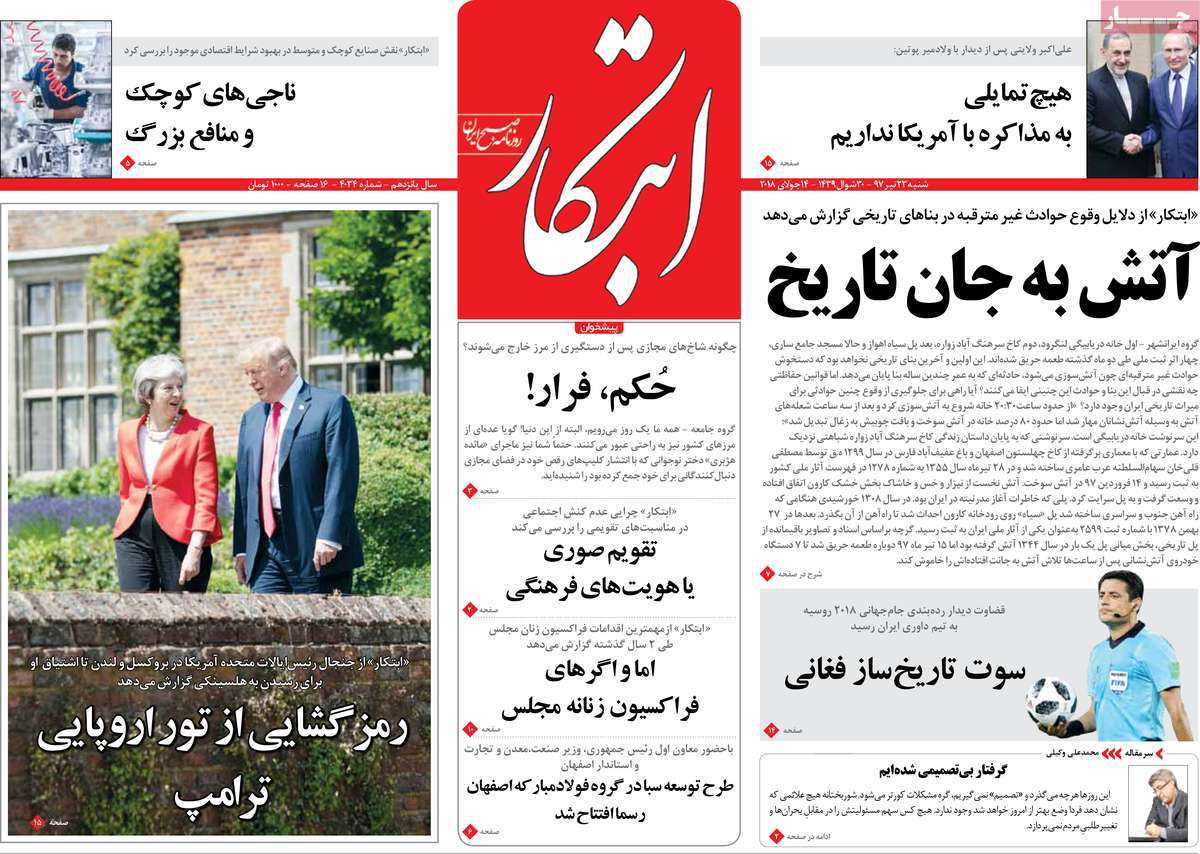 2- London Did Not Welcome Trump 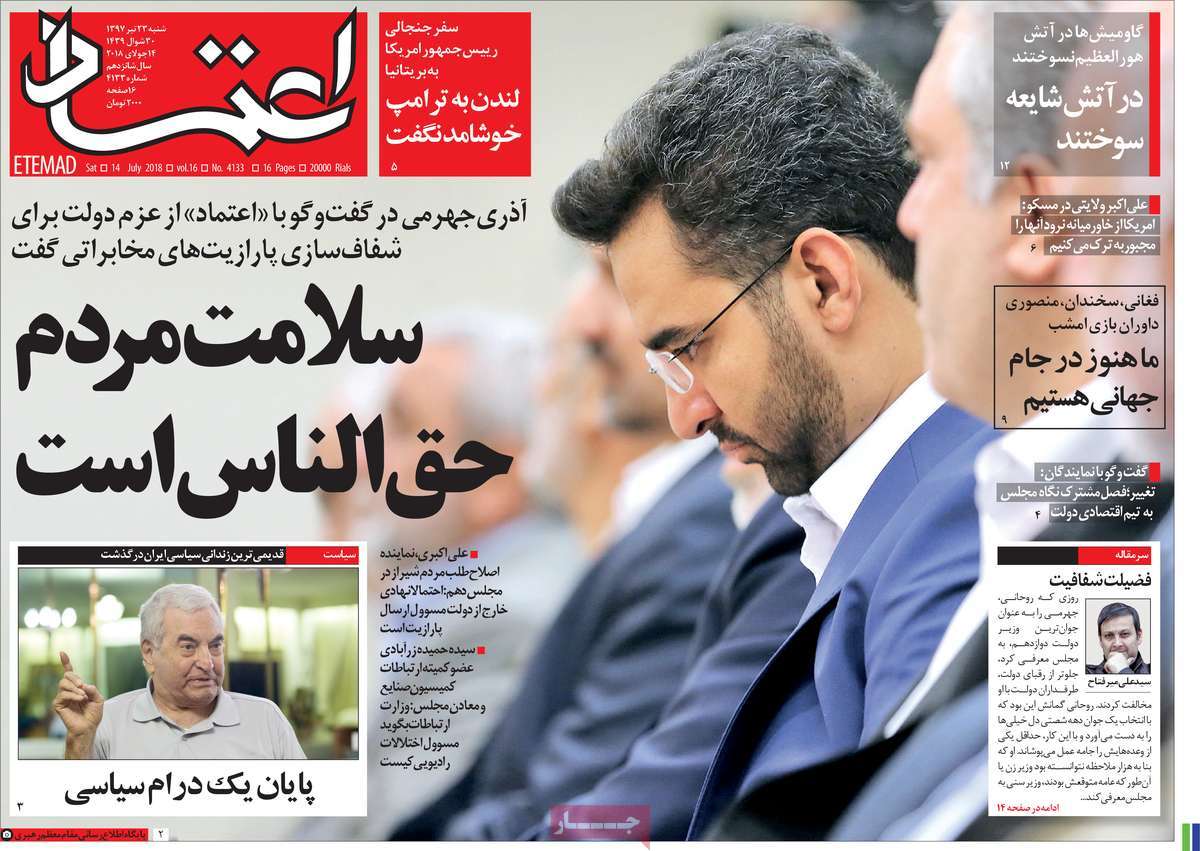 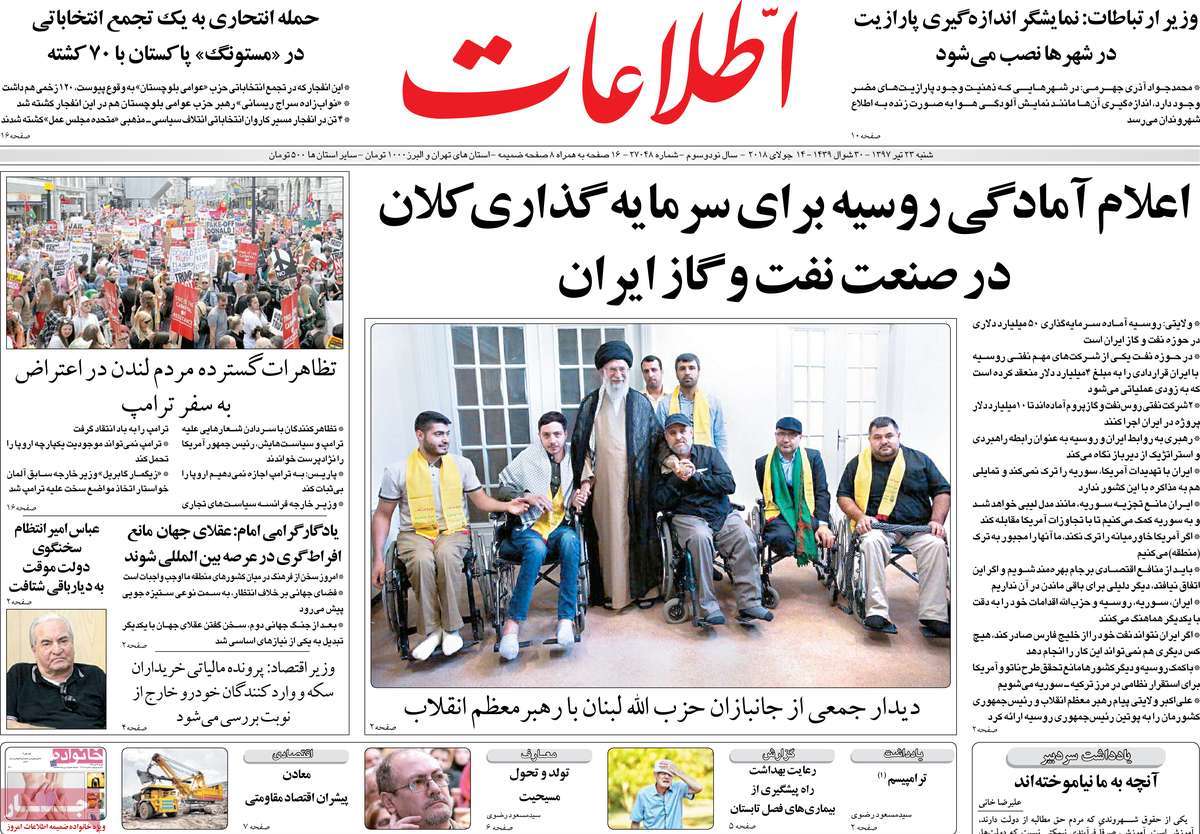 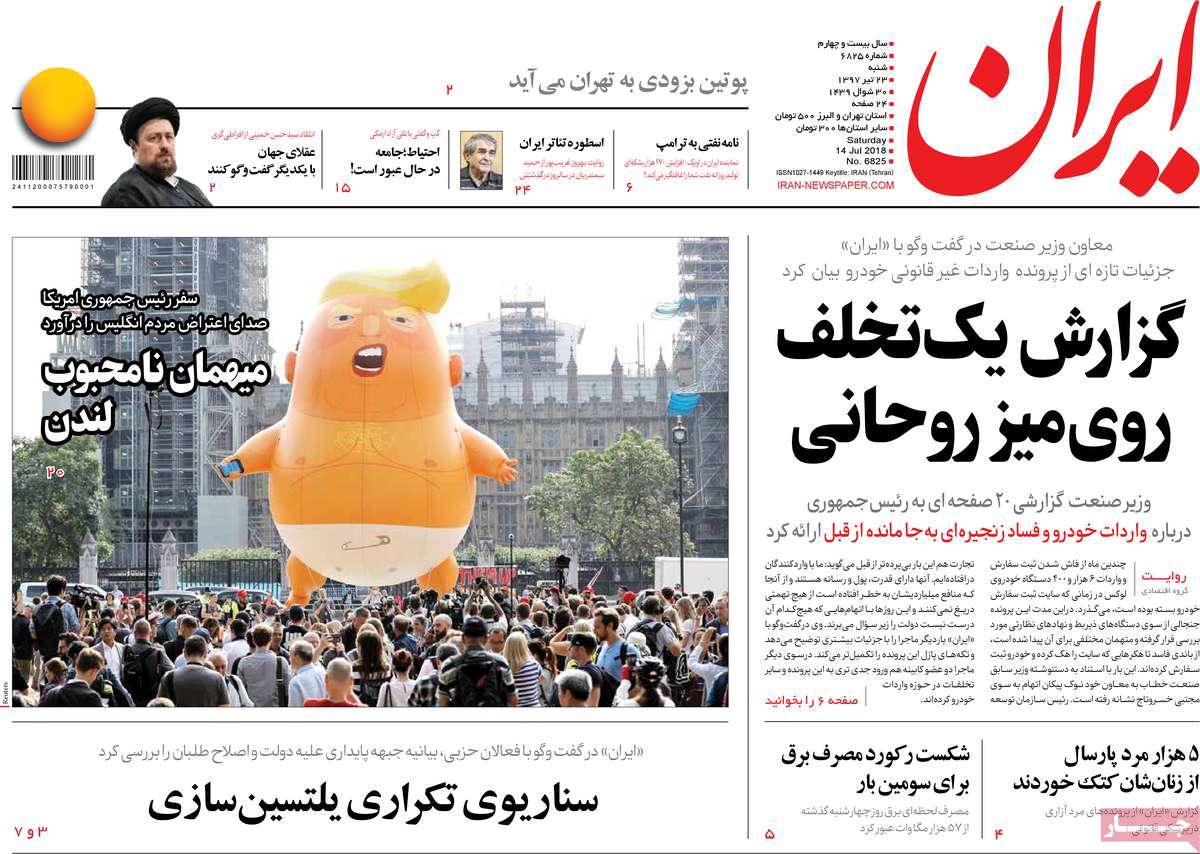 1- Velayati after Meeting Putin: We’ll Expel US from Middle East

2- 60 Cities in Britain against US President 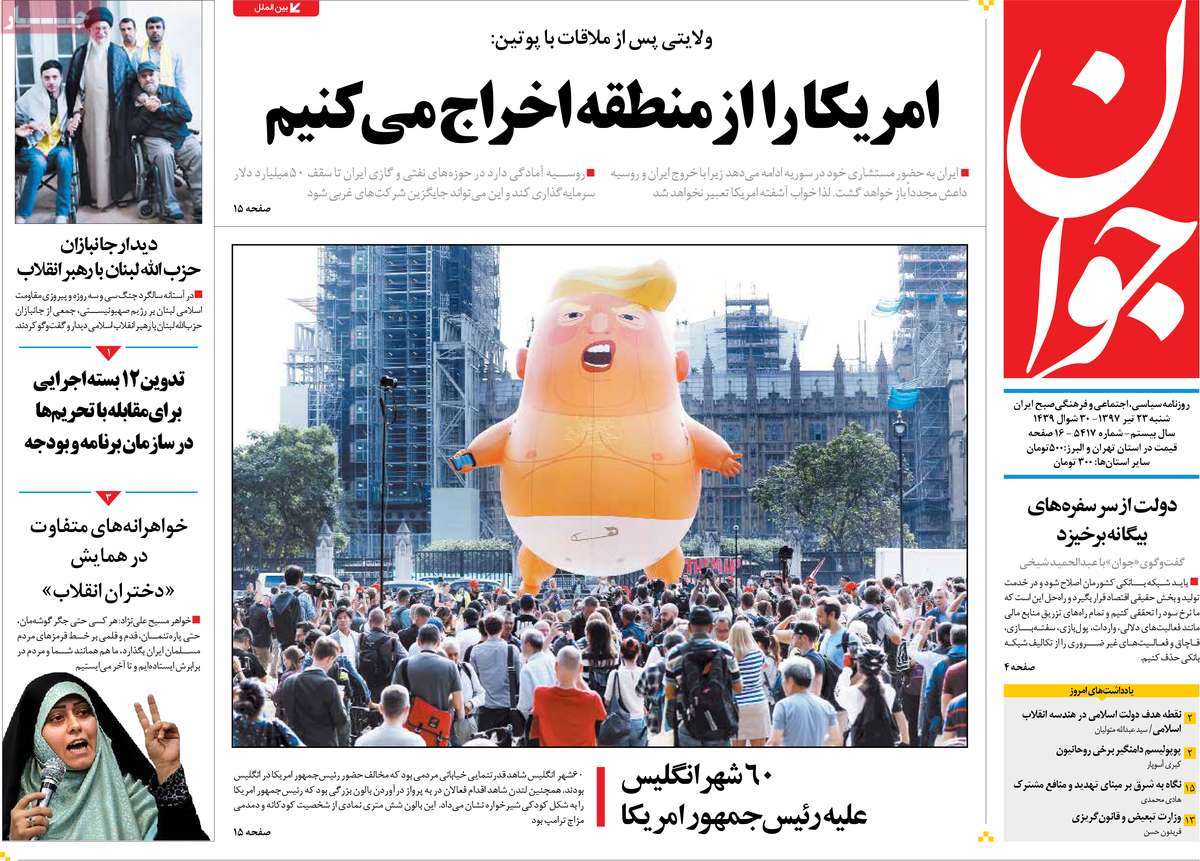 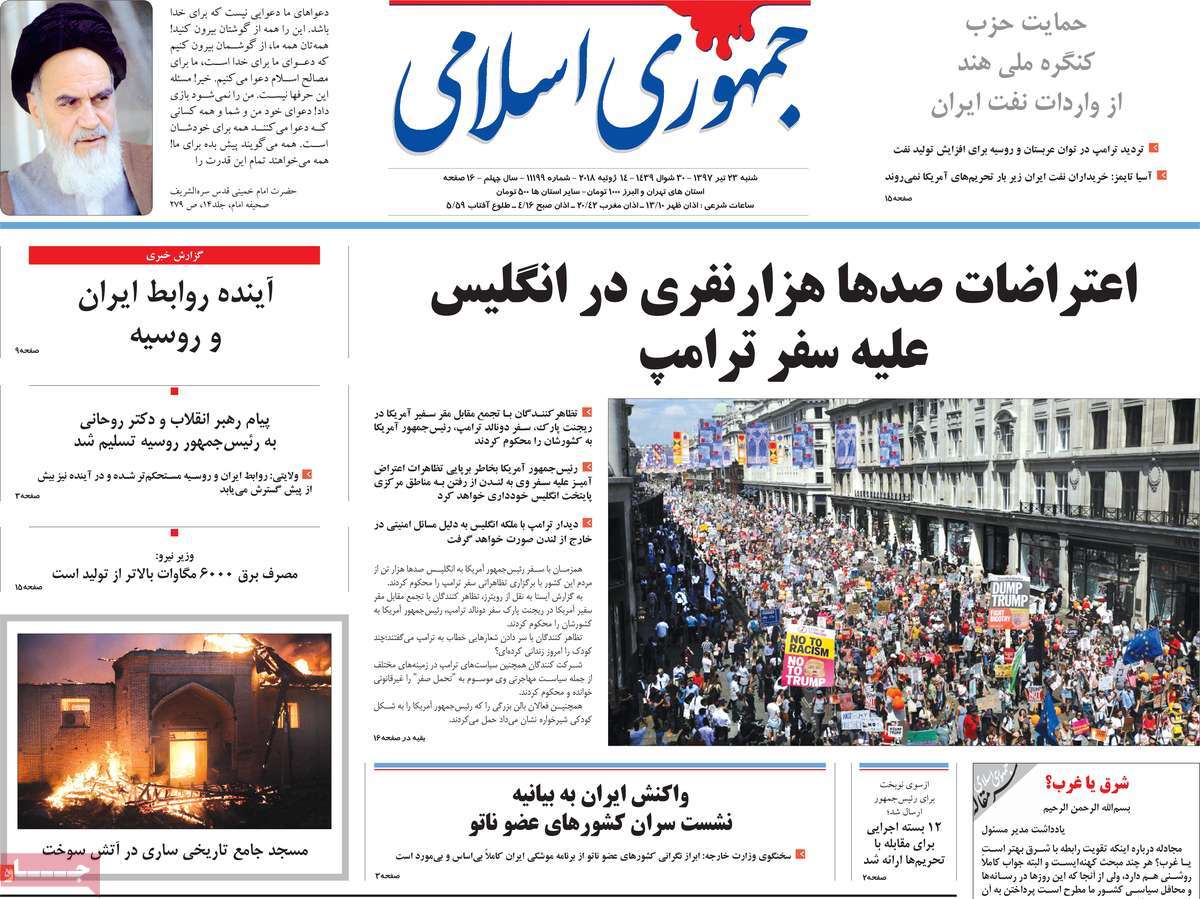 1- Velayati in Moscow: If Iran Can’t Export Oil, No One in Region Can Do So

2- Total Says It Respects US’ Decision and Leaves Iran! 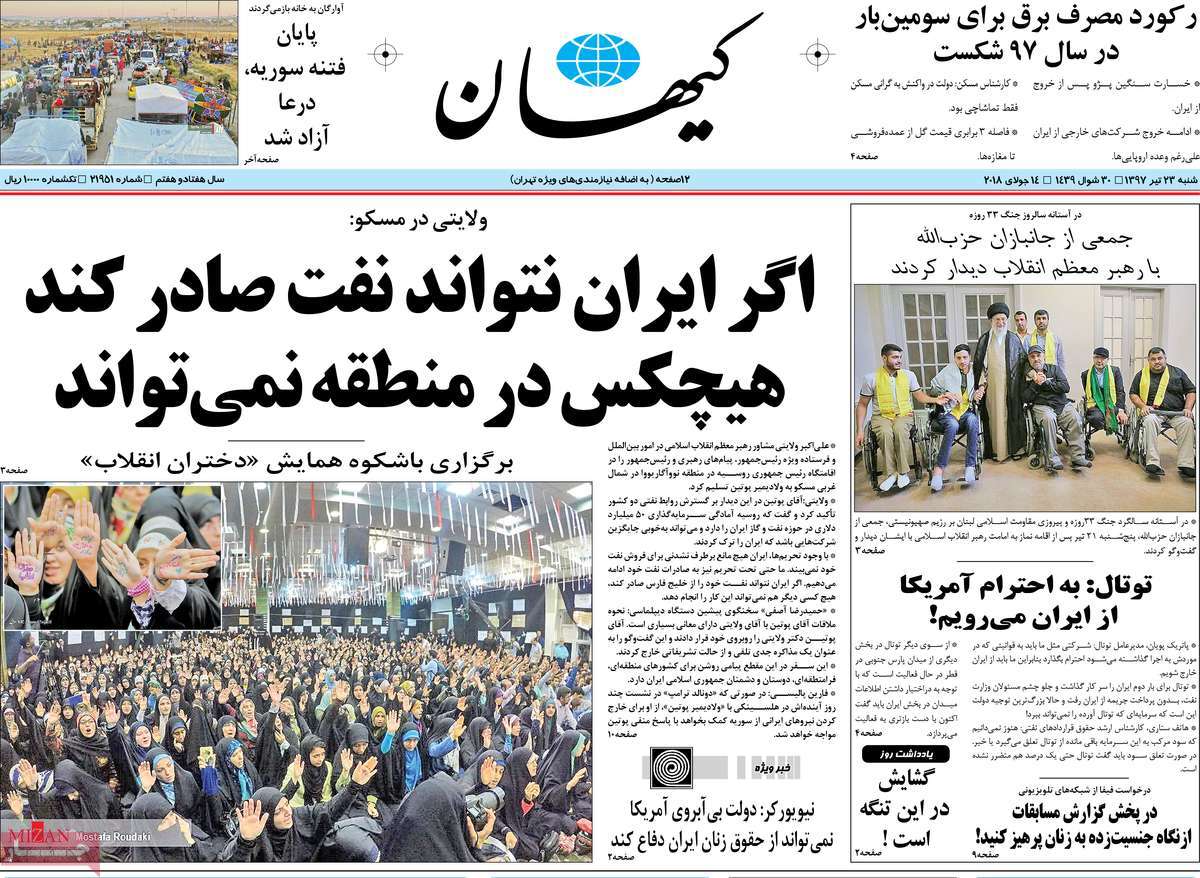 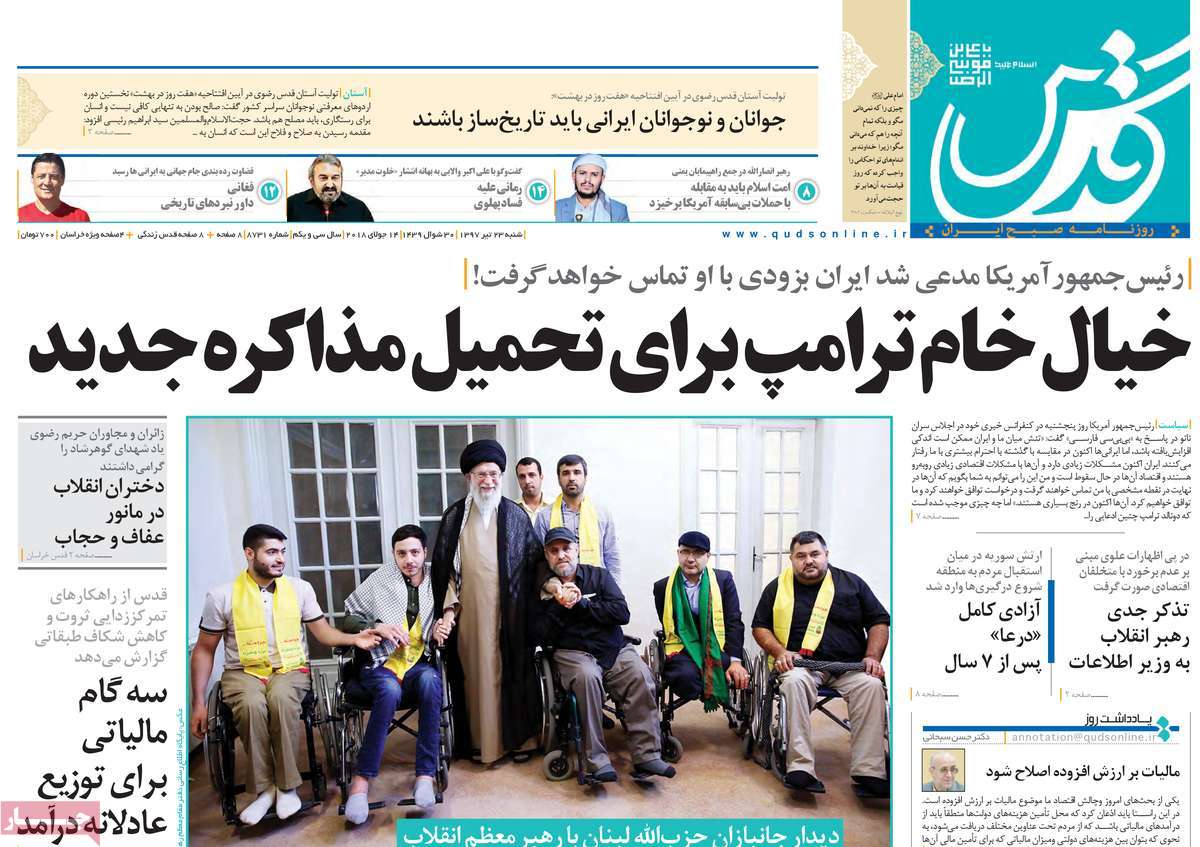 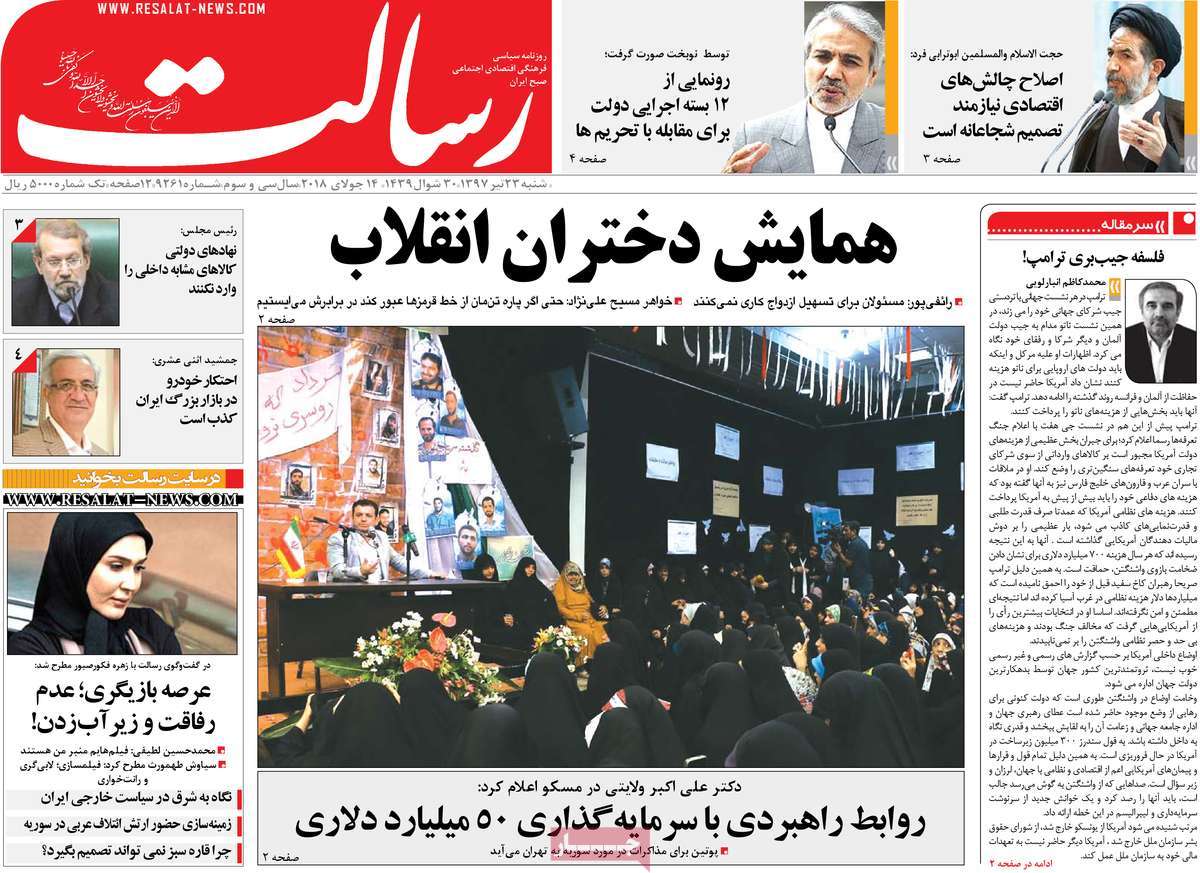 1- Price of Flower in Iran 6 Times Higher than Netherlands 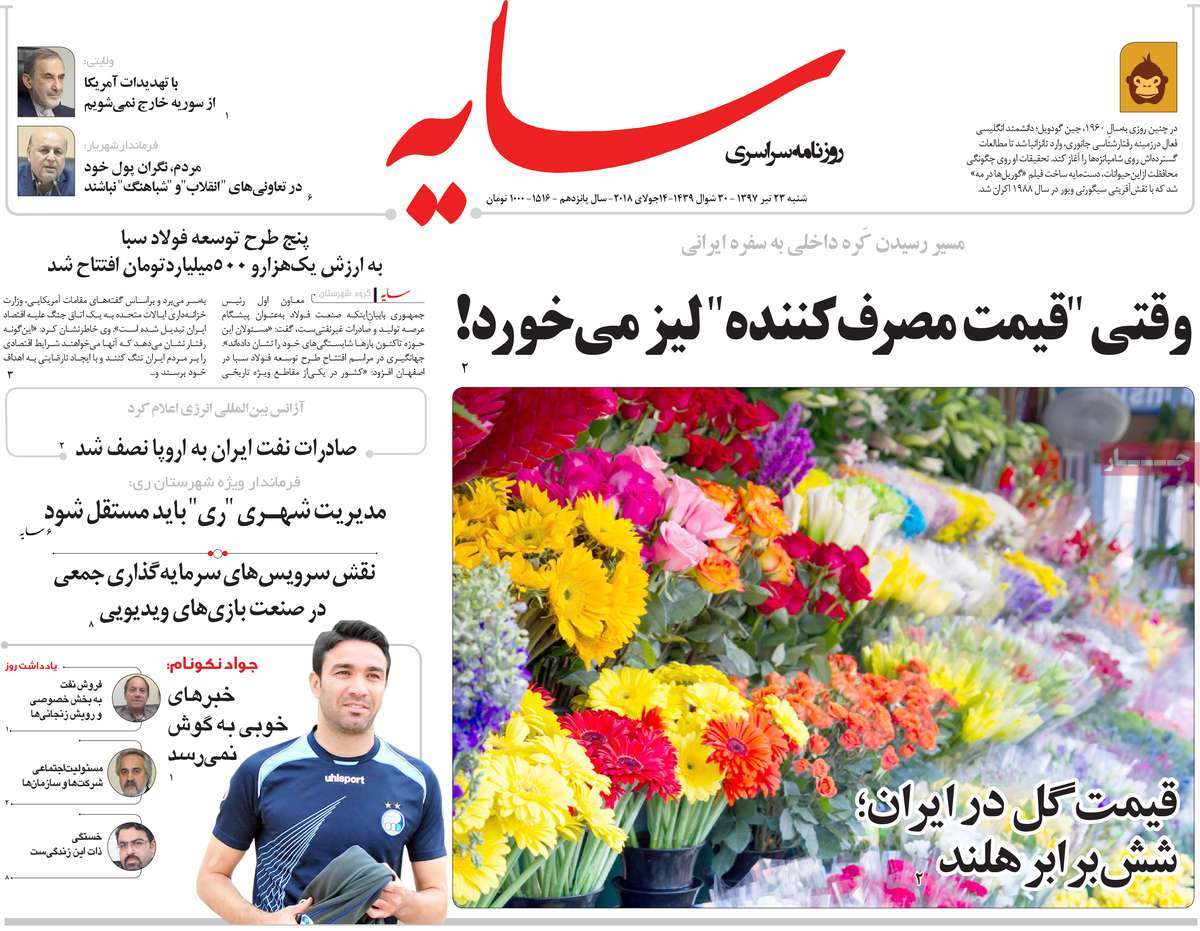 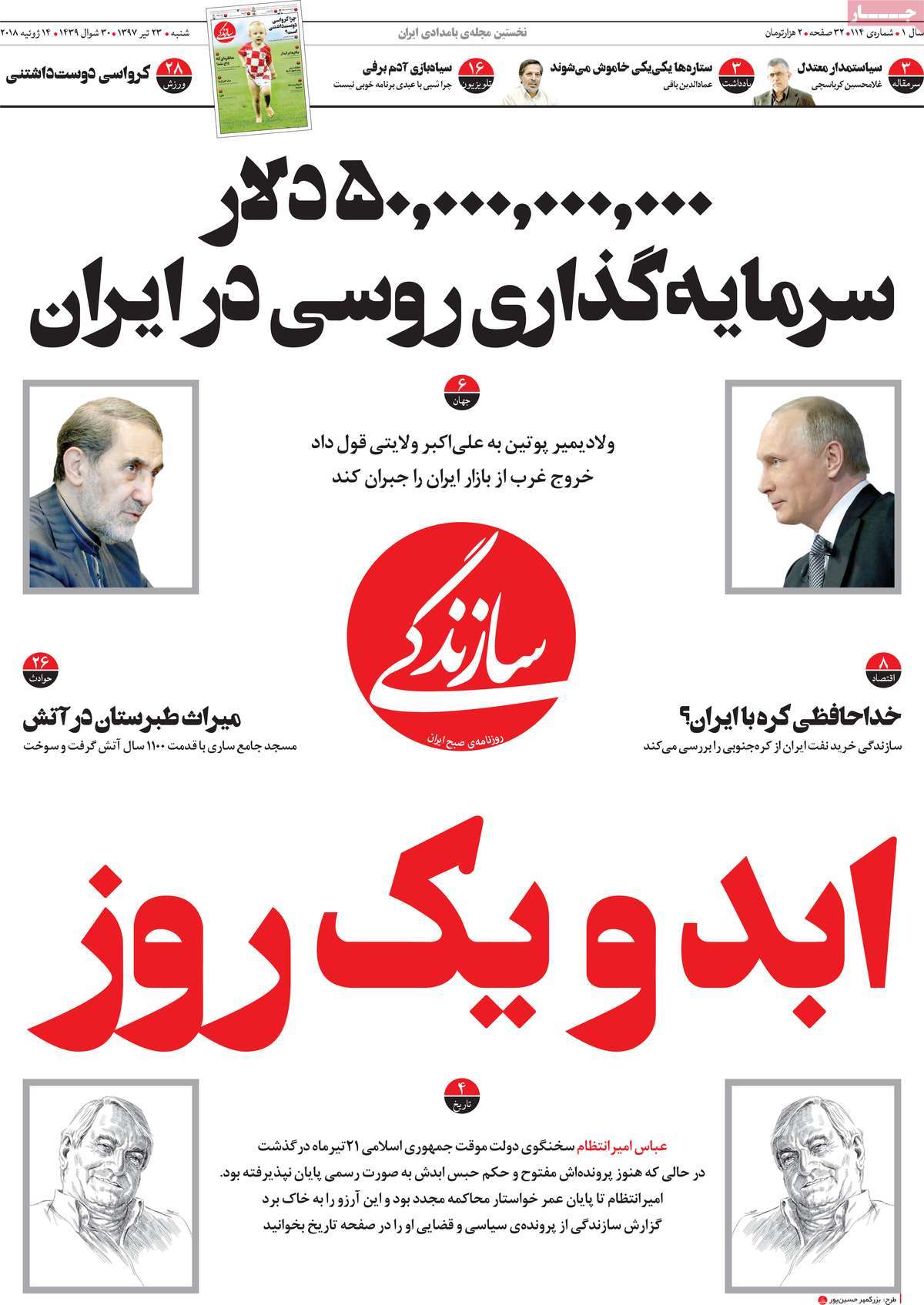 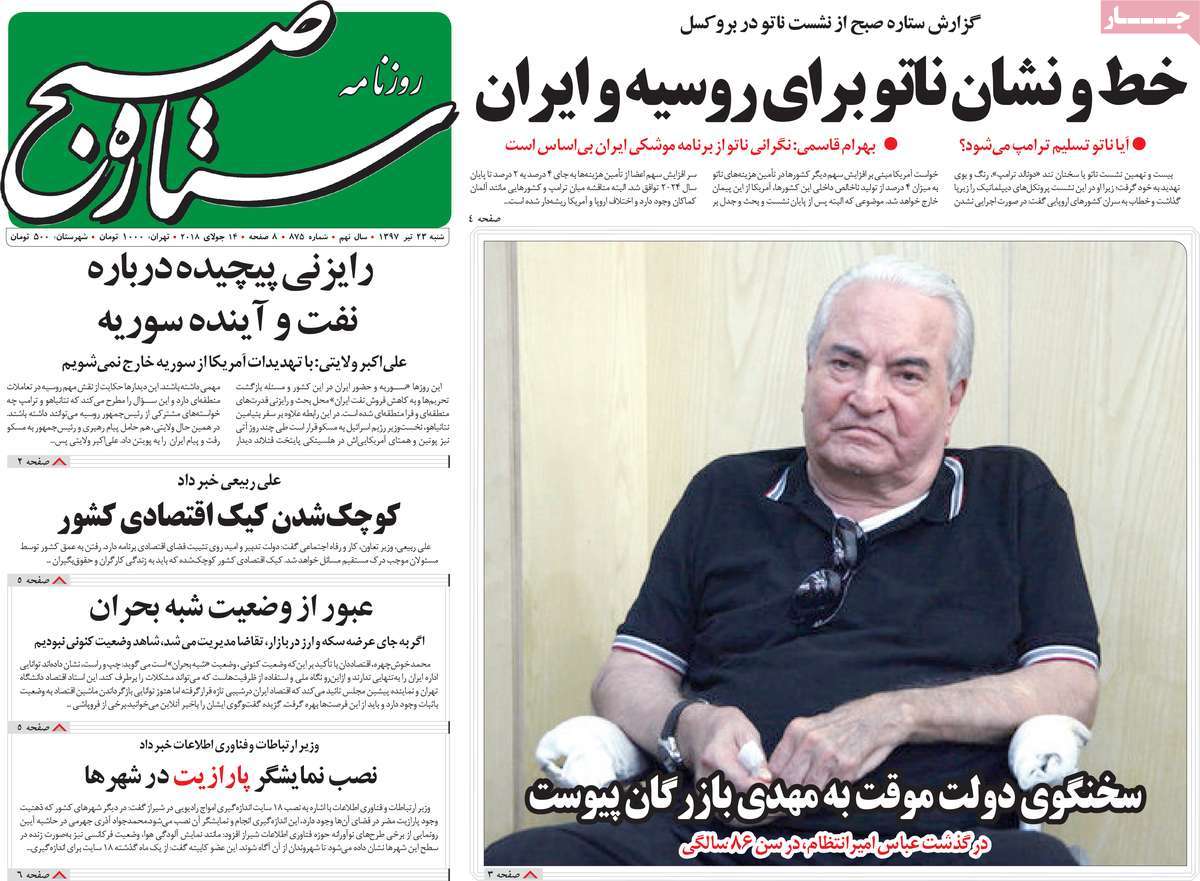 1- Velayati: Iran Not Interested in Holding Talks with US

2- Trump: Iranians Will Finally Call Me 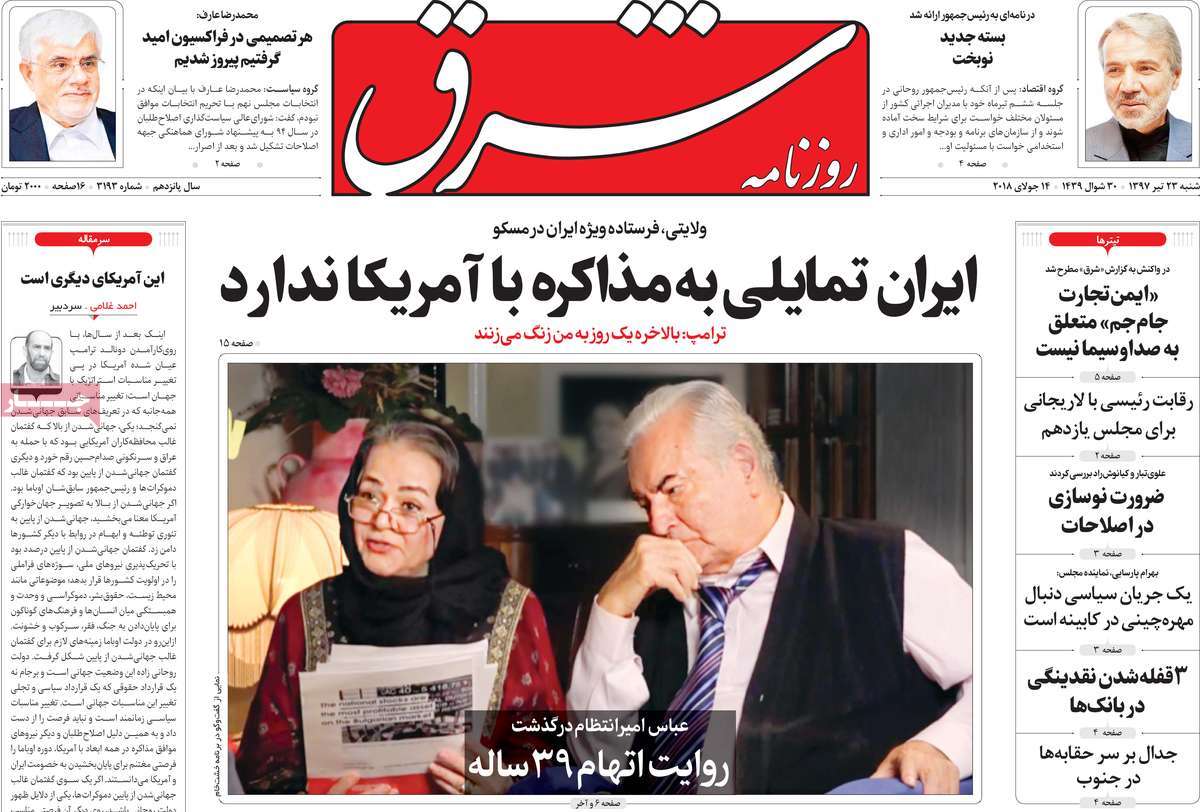 1- 17% of Business Licences Issued for Women 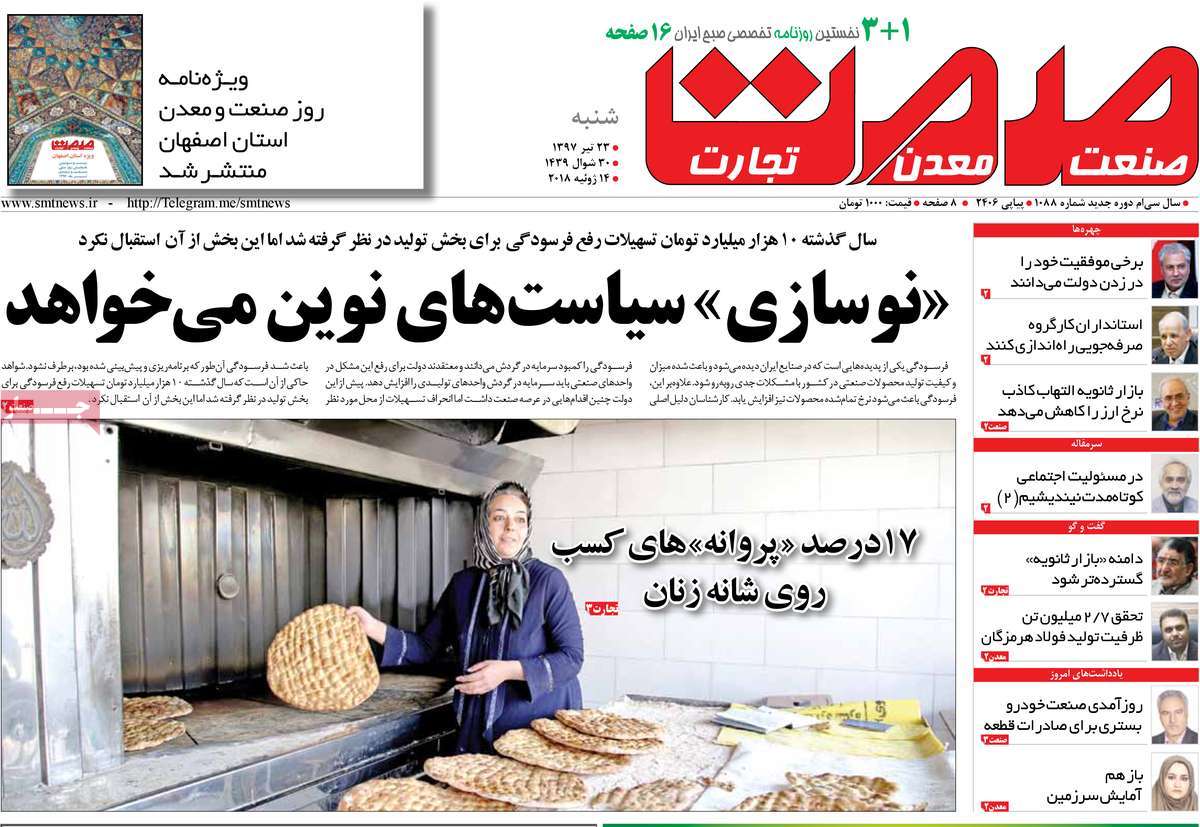 1- Diplomatic Initiative to Counter US 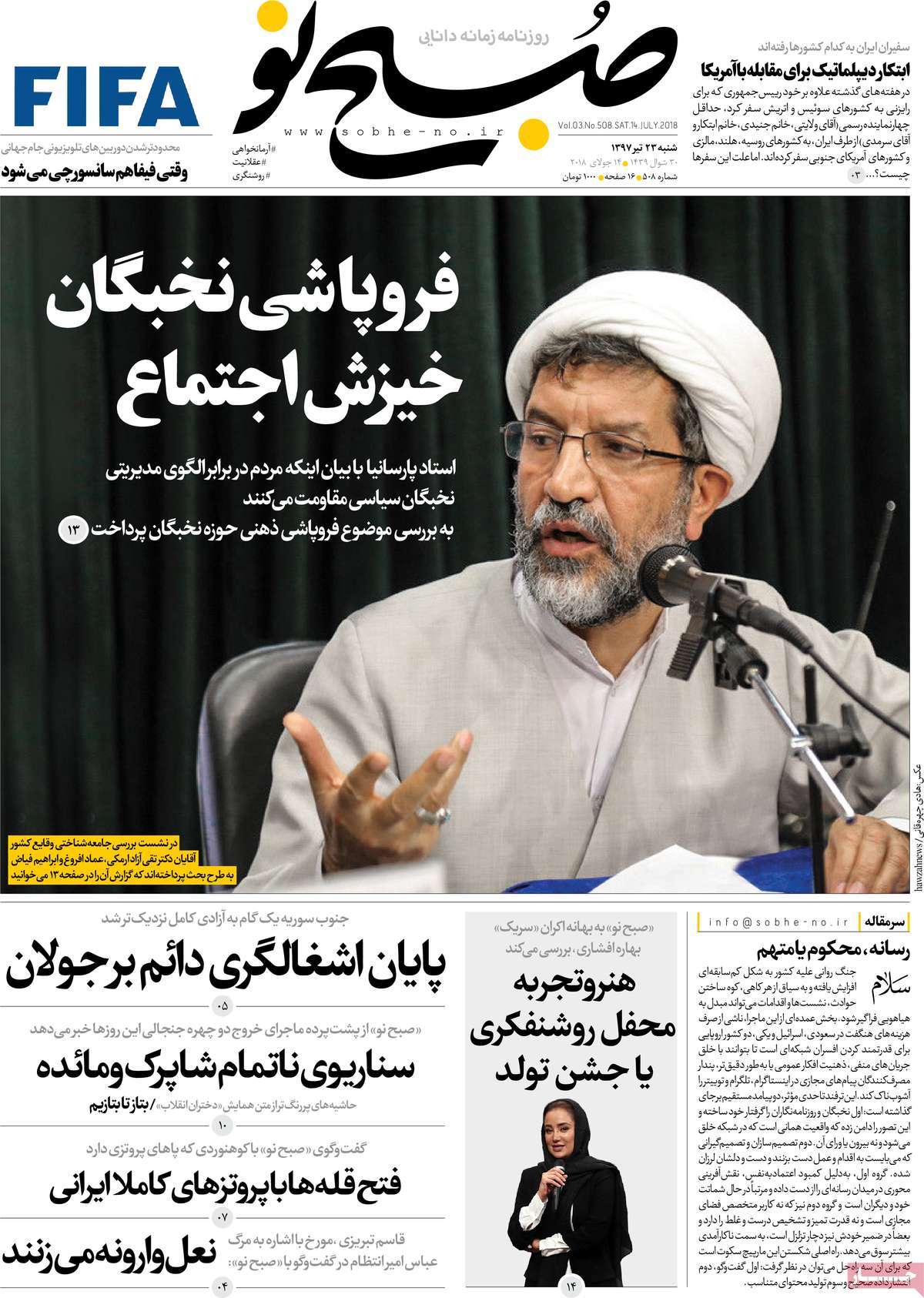