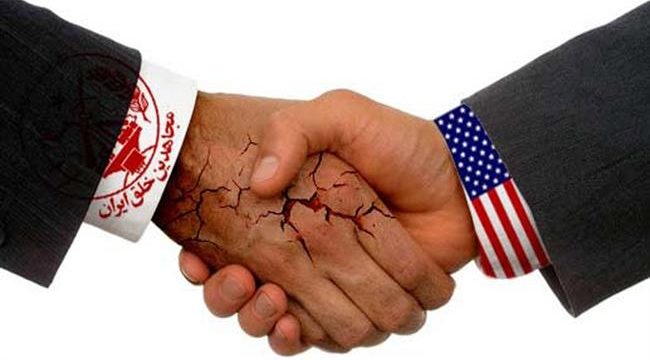 US-led coalition did not treat MKO as terror outfit: RAND

Press TV – An American nonprofit global policy think tank says the US-led coalition has been offering protection to the anti-Iran terrorist group Mujahedin-e Khalq Organization (MKO) since the occupation of Iraq in 2003.

In a report, the RAND Corporation said US forces not only did nothing to punish the MKO for its crimes, but also offered it protected status and allowed it to remain in Iraq and continue its  provocations against neighboring Iran.

The West’s collaboration with the MKO has come to light again in the wake of Germany’s arrest of an Iranian diplomat on suspicion of planning to attack an MKO meeting in Paris. The Islamic Republic has dismissed the allegation as ludicrous, which came as President Hassan Rouhani visited Europe.

The RAND report said from the early weeks of the 2003 invasion of Iraq until January 2009, US forces detained and provided security to MKO terrorists to prevent the Iraqi government from expelling them to Iran.

“Among many resulting complications, this policy conundrum has made the United States vulnerable to charges of hypocrisy in the war on terrorism,” the report read.

It also noted that Washington accepted the MKO’s request for a ceasefire and designated its members as civilian “protected persons” under the terms of the Fourth Geneva Convention.

“It has proven to be extremely controversial because it appeared that the United States selectively chose to apply the Geneva Conventions to a designated terrorist organization and, further, to grant it a special status,” it added.

The US-led coalition, the report said, did not establish a dominant role at Camp Ashraf, now known as Camp New Iraq, in Diyala Province near the Iranian border, and took very little action to  limit the MKO’s freedom of movement there.

“There is no fence around the approximately 15-square-mile facility; further, the coalition guarded only the main gate and did not search all vehicles entering or exiting the camp on a daily basis,” the report said, adding that the coalition did not actively encourage MKO terrorists to leave Camp Ashraf.

“This has exposed the United States to accusations of hypocrisy in its worldwide effort to counter violent extremism, and there have been no attempts to counter this destructive misperception through broad-based communication efforts aimed at policymakers and the public,” the report read.

The MKO is listed as a terrorist organization by much of the international community. It fled Iran in 1986 for Iraq, where it enjoyed the support of former Iraqi dictator Saddam Hussein.

The notorious group is responsible for killing thousands of Iranian civilians and several officials after the victory of the 1979 Islamic Revolution in Iran.

More than 12,000 Iranians, many of them civilians, have been killed at the hands of the MKO in different acts of terrorism.