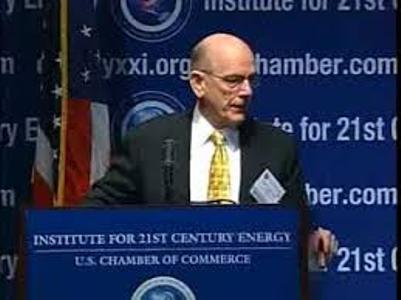 MNA – Bennett Johnston, an American politician in the Democratic Party and lobbyist who represented Louisiana in the United States Senate is of the opinion that “I doubt that North Korea will affect JCPOA. The negotiations with North Korea will likely take years.”

“I think it will be stuck in this, ‘rope-a-dope’ – which is to say, continued negotiation and no great breakthroughs and no repudiation of the negotiation; just something that will take a very long time,” Johnston tells the Tehran Times.

The Chairman of the American-Iranian Council also adds that “the United States has broken the agreement which it signed onto.”

What is your assessment about US new sanctions on Iran? Some argue that these new sanctions will not be as effective as last sanctions that were imposed before JCPOA. What do you think?

The unilateral sanctions of the United States are likely to be quite effective because of America being the largest market, and various companies will not want to risk losing access to the American market. Therefore, they are likely to go along with the sanctions even though the countries of the EU are very supportive of JCPOA and would like to see it continue. The EU cannot control their individual companies.

It is true that US sanctions after its withdrawal from JCPOA are unilateral, but the US can impose its will on other countries by imposing penalties on their corporations such as European ones so they oblige to give up Iran market. Then actually JCPOA will not fulfill Iranian goals. What is your opinion?

Obviously if the sanctions are effective it would not achieve those goals.

US announced that the other countries should cut importing oil from Iran until November. If Iran could not export its oil do you think it will stay in the agreement?

It is impossible for me to know whether Iran will stay within the agreement. Clearly the United States has broken the agreement which it signed onto.  However, the risks to Iran from breaking the agreement would be one of increased sanctions and perhaps even military confrontation.

What the administration obviously wants to do is to have a complete agreement with Iran in which Iran stops any action towards nuclear weapons and enrichment, stops its ballistic missile program and stops the actions in Syria and elsewhere which the United States calls state-sponsored terrorism. The administration states that if Iran was willing to do this they would completely release all sanctions and welcome Iran into the community of nations.  This would be a very difficult step for Iran to take.  I understand however that this is what the administration has said, and while it may be unlikely for Iran to do that, it is also a solution to the economic difficulties in Iran.

Given new developments regarding JCPOA, what is your prediction about this agreement?

It is just impossible to say. The United States has made its position clear and I think they will stick to it. What the reaction of Iran will be is impossible to know. I would love to see our relationship with Iran normalized, but I understand how difficult that might be for Iran to agree to.

Will negotiations with North Korea affect the JCPOA?