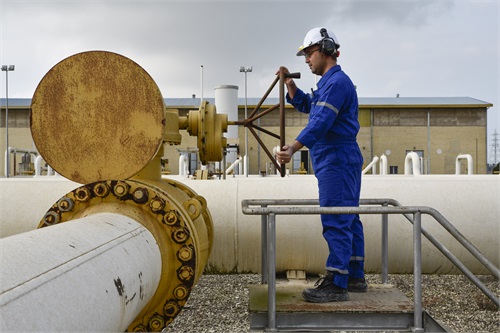 U.S. oil exports to India soar ahead of sanctions on Iran

Reuters – U.S. crude oil exports to India hit a record in June and so far this year are almost double last year’s total as the Asian nation’s refiners move to replace supplies from Iran and Venezuela in a win for the Trump administration.

U.S. President Donald Trump’s administration has been pressuring its allies to cut imports of Iranian goods to zero by November and India’s shift advances the U.S. administration efforts to use energy to further its political goals.

The United States has become a major crude exporter, sending 1.76 million barrels per day (bpd) abroad in April, according to the latest government figures.

All told, producers and traders in the United States will send more than 15 million barrels of U.S. crude to India this year through July, compared with 8 million barrels in all of 2017.

The exports to India could go higher if China imposes levies on its U.S. oil imports over the latest round of U.S. tariffs, which could damp Chinese purchases and lead U.S. crude prices lower.

A. K. Sharma, head of finance at Indian Oil Corp (IOC.NS), the country’s top refiner, said U.S. crude is gaining appeal because of its lower cost, and could expand further if China cuts its imports of U.S. energy.

“If China levies a tariff on U.S. oil then U.S. imports to India will probably rise,” he said. “We are looking for a mini-term deal to buy three to four cargoes of U.S. oil over a period of three to six months instead of buying single cargoes.”

The United States is reimposing sanctions after withdrawing from a 2015 agreement with Iran, Russia, China and several Western European countries where Iran agreed to curtail its nuclear activities in return for the lifting of earlier sanctions.

Venezuelan crude shipments to the Asian country also fell 21 percent in the first half of this year as production has been hampered by inadequate investment, mismanagement and U.S. sanctions.

Adding to its exports crisis, the U.S. has been increasing sanctions on various Venezuelan nationals and companies, part of a campaign to pressure socialist President Nicolas Maduro to make political and market reforms.

Iran and Venezuela are among India’s top five oil suppliers.

Last month, India’s imports of Iranian crude fell by 16 percent from May, paring sharp year-over-year increases during the first half of this year.

The Trump administration plans to send a delegation in the coming months to India to discuss Iran sanctions and oil issues.

“Our focus is to work with those countries importing Iranian crude to get as many of them as possible down to zero by Nov. 4,” a U.S. State Department official said.

The world’s fourth largest refiner by capacity is “cutting back on Iranian crude imports,” said Reid l’Anson, an analyst at cargo tracking firm Kpler. “That’s an opportunity for U.S. producers to sell into the Indian market. Indian demand is quite robust.”

Reuters’ vessel tracking data show three of the eight tankers charted by Swiss and Chinese traders and sent to India in recent weeks were destined for a port near Reliance Industries Ltd (RELI.NS)’s Jamnagar refinery, the world’s largest. Three others are headed for undisclosed ports on India’s west coast from the U.S. Gulf Coast.

Reliance did not respond to a request for comment.

June’s 228,000 bpd of U.S. exports to India are more than double the previous export record of 98,000 bpd last September, according to U.S. Energy Information Administration data.

The FPMC C Melody, a very large crude carrier (VLCC), is scheduled to arrive next month at Sikka, near Jamnagar. It is carrying 1.93 million barrels of U.S. crude, Reuters tracking data shows.

Another Vitol-chartered VLCC, the Maharah, sailed from Galveston last week and was headed to Sikka with 1.98 million barrels of oil.

Two more VLCCs – the Ghinah and the Eagle Victoria – were scheduled to leave the Texas coast for undisclosed ports in India this month, bringing planned U.S. oil exports to India to at least 191,000 bpd for the month.

Vitol and PetroChina declined to comment. A trader familiar with the Chinese company’s purchases confirmed PetroChina is supplying U.S. crude to India.

Some Indian refiners have finished testing runs of U.S. oil this year, often by mixing it with heavier grades those plants typically process, analysts and traders said.

“They really have started to make the shift,” said Olivier Jakob, managing director of energy consultancy PetroMatrix. “India is comfortable with a regular flow from the U.S. now.”

Reliance is blending lighter U.S. oil with heavier crudes from other nations, said a trader familiar with plant operations and trade flows. Indian refiners began testing U.S. crudes last year, and volumes have climbed as they became confident the blends would work.