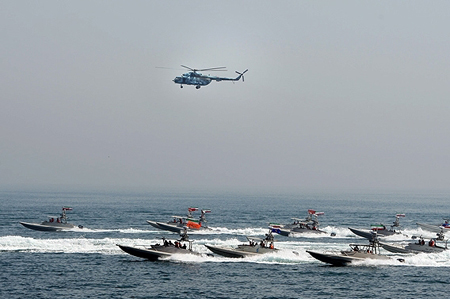 More than 805 billion barrels of oil reserve and 70 trillion cubic meter of natural gas reserve are parts of the unique characteristics of the Persian Gulf which has turned this body of water into the biggest source of energy in the world.

Easy extraction, low-cost production and easy transportation of oil thanks to connectivity of this body of water to high seas through the Strait of Hormuz and also transit of high volume of goods have increased the geopolitical importance and political and economic status of the Persian Gulf.

From the outset of development projects in the Arab countries of the Persian Gulf, different cross-regional powers increased their presence in the region under the pretext of providing security for oil companies and war on communism. After the dissolution of the USSR, they signed numerous security-military pacts with different countries. The US 5th naval fleet stationed in Bahrain is the main foreign military in the Persian Gulf.

In addition to US naval base in Bahrain, Saudi Arabia, UAE, Qatar, and Oman have also homed US military bases in their territories.

While the excuse of the foreign militaries in the Persian Gulf was that they were there to provide security, the assessments show that they have increased insecurity in the region.

The commander of IRGC’s first naval region says that in 1987 and 1988, the time that Americans entered the Persian Gulf with the excuse to provide security, insecurity increased nine times. 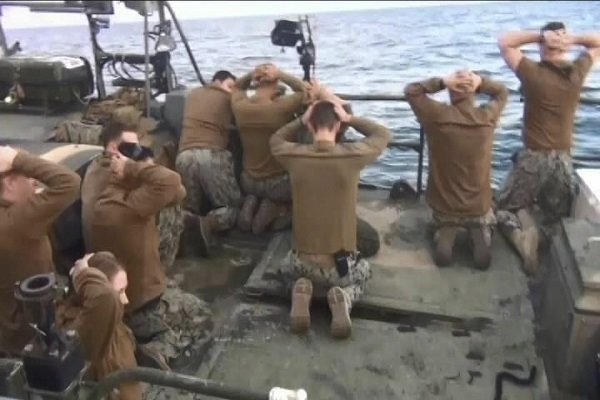 However, on Monday, US President Trump tweeted that Iran-US military confrontations have been cut down to zero in the past 7 months of the current year. However, this claim seems to be true because of a different reason than what Trump is trying to imply. The history of immediate and decisive response of Iranian naval guards with trespassing boats and warships may be a better justification to the reason why American naval vessels have not had a confrontation with Iranian guards in the last 7 months. 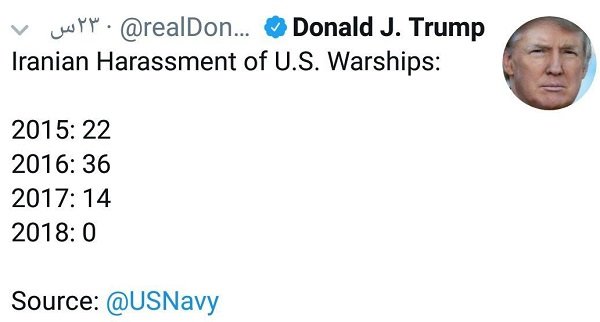 Brigadier General Ali Ozmaie, the commander of the 5th region of Iranian waters, says that Americans have been more abiding by the international law in the past 7 months, which goes to show a considerable drop in their adventurist behavior in the Persian Gulf.

The fact the Americans have mended that behavior demonstrates the extent by which Iranian navy has established naval dominance over the Persian Gulf.